NXT has more going on than maybe ever before as two tournaments run parallel and the Fight Pit returns this week to be the ultimate finale for a long-running rivalry. Let’s jump into the preview as the black and yellow brand looks to entertain the masses this week. 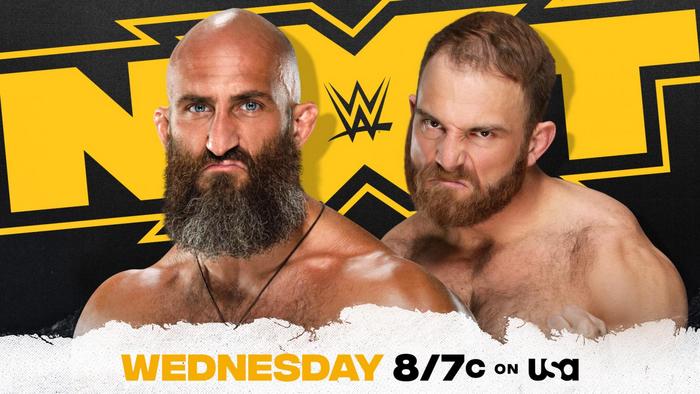 FIGHT PIT! The second-ever Fight Pit match will go down in NXT as Timothy Thatcher enters it once again to face his rival, Tommaso Ciampa. Based on the first one, this should be nothing but physical and excellent. These two have been in each other’s faces for months now and want nothing more than to start off the new year with a win. This is a must-win scenario for Thatcher, who lost the original battle between Ciampa and himself. Thankfully for him, he carries the advantage going in and should be known as the “Fight Pit King” following Wednesday night. 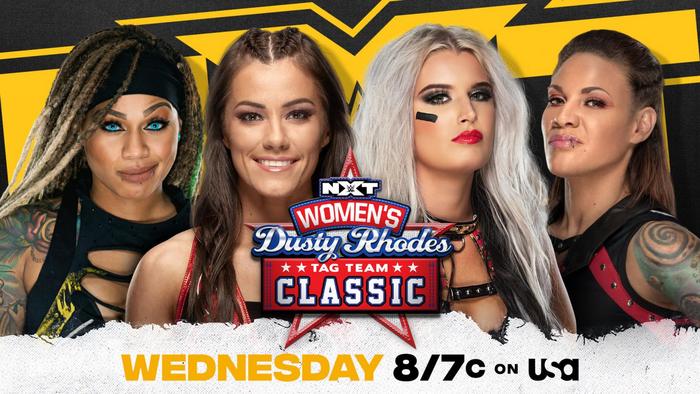 On Wednesday night, the first-ever Women’s Dusty Rhodes Tag Team Classic will kick off as one of the few expected “true” tag teams of the tourney, Kayden Carter and Kacy Catanzaro, face off with Toni Storm and Mercedes Martinez. Carter and Catanzaro expect themselves to be seen as the underdogs of the entire tournament and are hoping to prove to the world that despite their stature, it’s their teamwork that many of these teams won’t have will get them far. Storm and Martinez, on the other hand, have quietly established themselves as some sort of duo considering their recent destruction of the NXT Women’s Champion, Io Shirai. They may be seen as favorites in this thing but with little teamwork in the past, they could falter early. 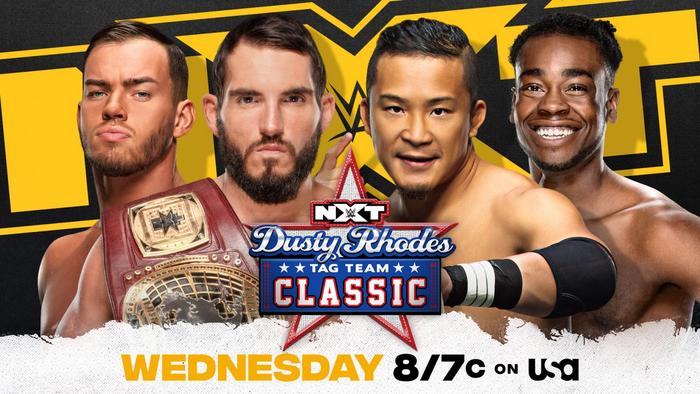 A week after the men’s Dusty Rhodes Tag Team Classic began, we know who is on their way and who is already out. Another first-round matchup is here as The Way‘s Johnny Gargano and Austin Theory try to show that their way is the only way against the makeshift tag team of KUSHIDA and Leon Ruff. KUSHIDA has set his sights on the NXT North American Championship and this could be another chance for him to get in the head of Gargano. This one can go either way with no certainty who moves on to face the Grizzled Young Veterans in round two. 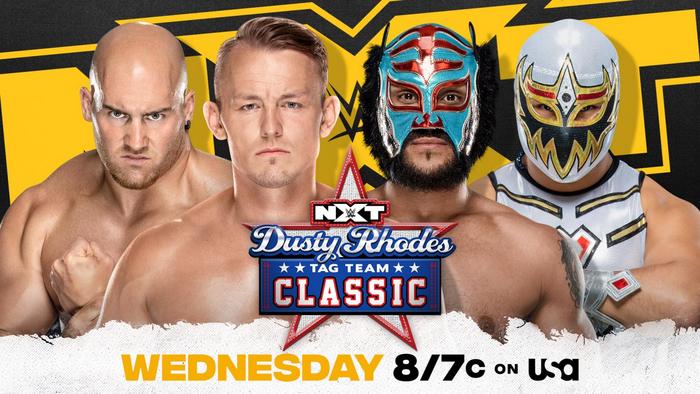 Former NXT Tag Team Champions Imperium will attempt to defeat the Lucha House Party in the first round of the Dusty Cup this week. Many should expect the former tag champs to move on, but Lince Dorado and Gran Metalik have done nothing but impress the past month or so. This should be an excellent clash of styles.

Stay tuned to the Last Word on Pro Wrestling for more on this and other stories from around the world of wrestling, as they develop. You can always count on LWOPW to be on top of the major news in the wrestling world, as well as to provide you with analysis, previews, videos, interviews, and editorials on the wrestling world. WWE fan? You can check out an almost unlimited array of WWE content, including these Sasha Banks matches on the WWE Network.