Ever since 1988, the Royal Rumble has been one of WWE’s marquee pay-per-views, one of The Big Four that included WrestleMania, SummerSlam, and Survivor Series. Held annually in January of each year, it usually launches the Road to WrestleMania, and treats WWE fans to surprises and thrills in the most important battle royal of the year. While the original 1988 Royal Rumble was a special on the USA Network – and won by “Hacksaw” Jim Duggan – beginning in 1989, it would enter WWE’s Pay-Per-View schedule, with Big John Studd winning the second Royal Rumble in 1989. The third and fourth Royal Rumbles (in 1990 and 1991) were both won by Hulk Hogan (Hogan was WWF World Heavyweight Champion when he won the 1990 edition), and in 1992, for the first time, the Royal Rumble was held to decide the new WWF World Champion, ultimately won by “Nature Boy” Ric Flair.

In 1993, a new tradition was born – the winner of the January event would earn a shot at the WWF/E World Championship at that year’s WrestleMania. Since then, the Royal Rumble has held on to this tradition – except for in 2016 when then-WWE World Heavyweight Champion Roman Reigns was forced to defend his title in the Rumble, ultimately losing it to Triple H – and in 2018, the women’s division were finally given their own Royal Rumble match at the same Pay-Per-View. But while many fans are so focused on who wins the Rumble, the question remains: how have Rumble winners actually faired in their World title opportunities? While the Money In The Bank briefcase seems more of an automatic title win – with male winners going 17-3 in cash-ins (85%), while women have gone 3-for-3 (100%) with their cash-ins (technically 4-for-4, as Asuka‘s MITB briefcase win ended up holding the RAW Women’s Title instead of a contract) – how have Royal Rumble victors historically done in their chosen Championship match? In our first instalment of a three part look at Rumble winners, we look at how the Rumble victors of the 1990s fared when it came to claiming their opportunities. 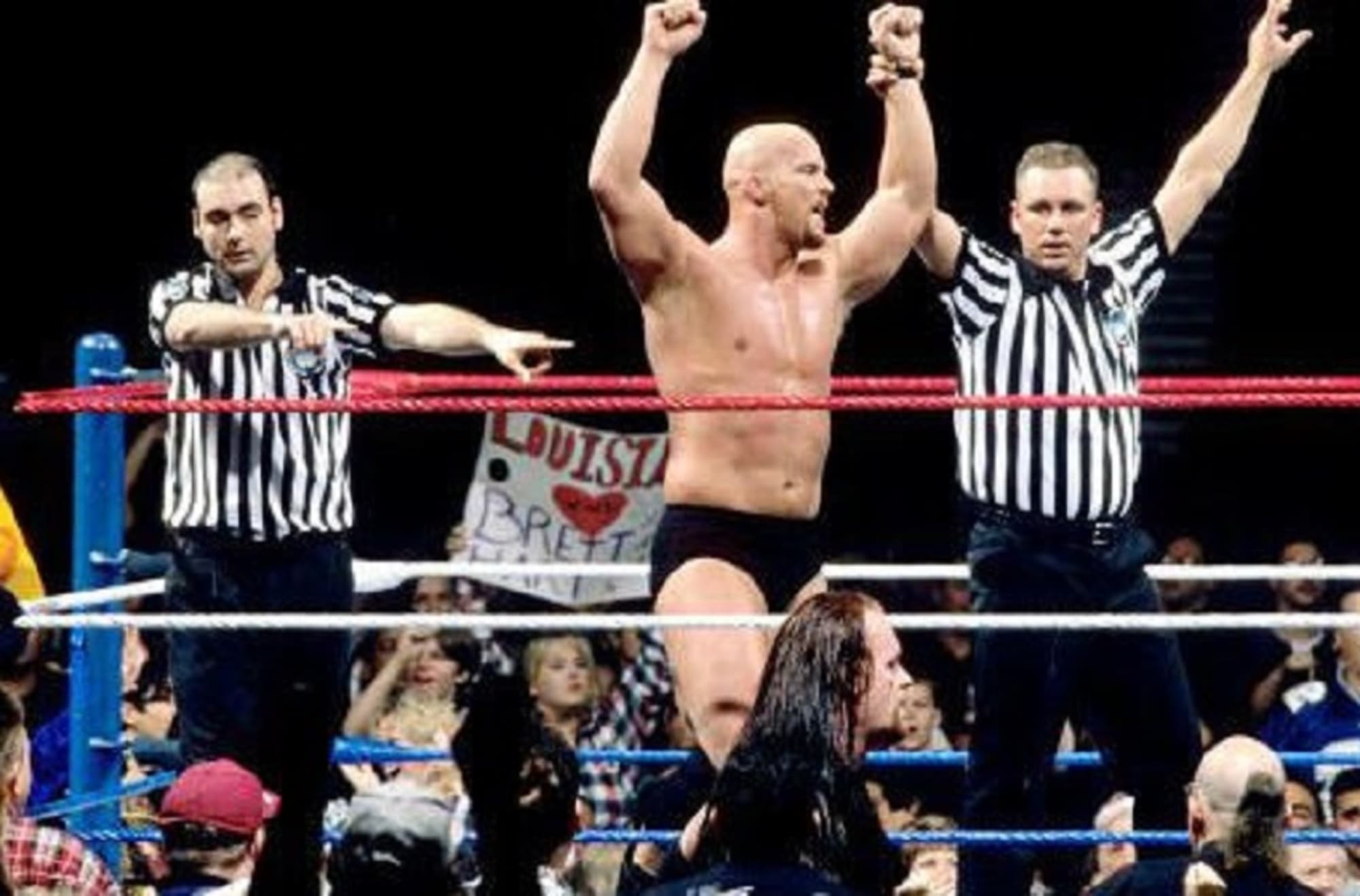 The 1997 edition of the Royal Rumble ended in controversy. During the Rumble itself, Bret “Hitman” Hart tossed out “Stone Cold” Steve Austin when it was down to its final five men, but officials seemingly missed the elimination. Hart eliminated “Fake” Diesel (a pre-Kane Glenn Jacobs) to win the Rumble, but Austin had re-entered the ring and proceeded to toss out Hart as he was celebrating. Since officials didn’t see Hart eliminate Austin earlier, the officials declared Austin the winner and the #1 Contender for Shawn Michaels‘ WWF World Heavyweight Championship at WrestleMania 13.

But a few weeks after the Rumble, Michaels cut his famous “lost my smile” speech and vacated the World title. Instead of getting his shot at WrestleMania, Austin was added to a Fatal Four Way at the next PPV, In Your House 13: Final Four, alongside Hart, Undertaker, and Vader, to determine the new WWF World Champion. Hart won the title that night, but the following night on Monday Night RAW, Austin cost Hart his title after only one day, helping Sid Vicious defeat the Hitman and setting up the classic submission “I Quit” match between Hart and Austin at WrestleMania 13. But all that mess meant that Austin was never truly able to cash in on his Rumble victory. 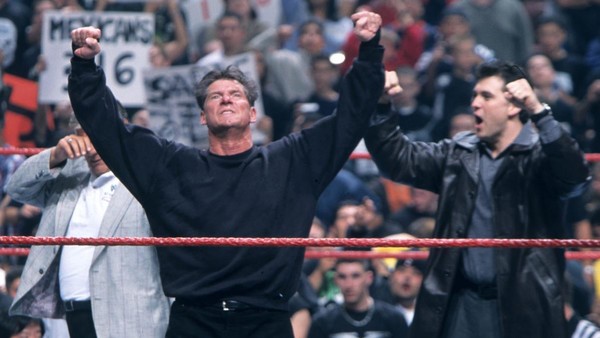 The unlikeliest of winners, Vince McMahon won the 1999 Royal Rumble after his final opponent in the match, “Stone Cold” Steve Austin, was distracted by McMahon’s WWF Champion The Rock at ringside. McMahon tossed over the distracted Rattlesnake to win the event and become #1 Contender to Rock’s title at WrestleMania 15. But the following night on Raw, McMahon forfeited his Rumble victory reward – the first and only time a winner has done so.

Then-WWF Commissioner Shawn Michaels would proceed to tell McMahon that by “WWF Rules”, a forfeit meant that the title shot would be awarded to the runner-up – Austin – but Austin declined and stated he wanted a shot at McMahon instead, and would put up that #1 Contendership to get it. It was held in a Steel Cage match at In Your House: St. Valentine’s Day Massacre – the Steel Cage was to keep the Corporation out – but McMahon’s scheming would once again backfire. He had secretly hired recent WCW free agent “The Giant” Paul Wight (The Big Show) who debuted that night from beneath the ring, but Big Show threw Austin through the cage, resulting in Austin winning by escaping the cage first. Austin would go on to WrestleMania 15, where he would ultimately defeat The Rock for the WWF World title, gaining some kind of solace for his bungled victory two years previous. 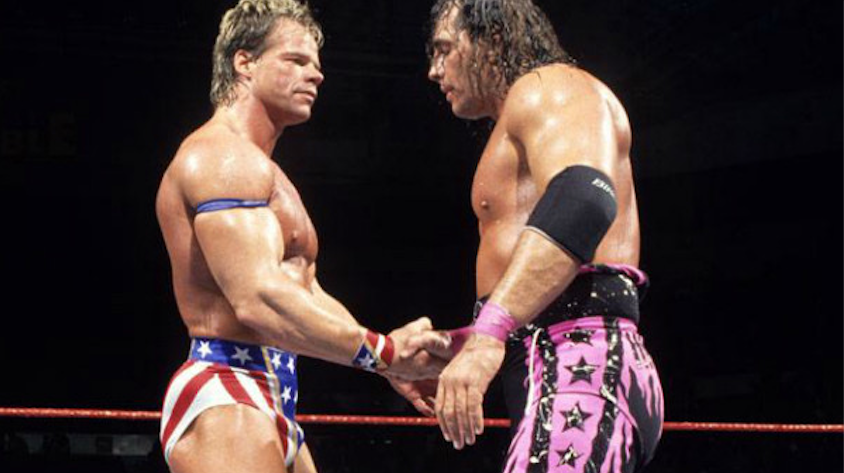 The 1994 Royal Rumble saw two winners for the first and only time in its history, as both Bret “Hitman” Hart and Lex Luger eliminated each other and hit the floor at the same time. After a coin toss to see who would face WWF World Champion Yokozuna first at WrestleMania X, Luger won and faced Yokozuna during the event. Ultimately, Luger lost – thanks to a DQ from guest referee Mr. Perfect – setting up a match later in the night for Bret Hart to face Yokozuna after Hart himself opened the event in a stunning loss to his brother, Owen Hart. 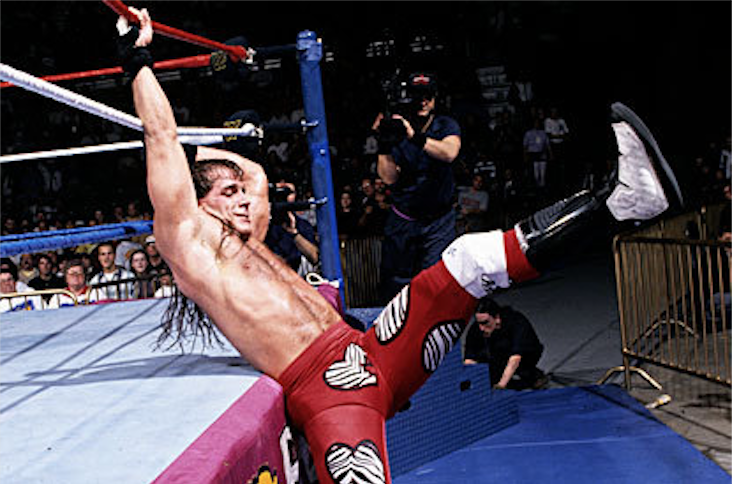 Shawn Michaels would make history at the 1995 Royal Rumble, entering first and ultimately winning the entire event, last eliminating The British Bulldog, but his shot at the WWF World Title would prove to be less than stellar. In a match against his former bodyguard Diesel (Kevin Nash, who was WWF World champion), he brought out Sid Vicious as his bodyguard, but Sid ended up helping Diesel retain the title. When Sid turned on Michaels post-match, Diesel came to his former friend’s aid, and the two realigned and would end up winning the WWF World Tag Team Titles together, but Michaels’ quest for his first World title would have to wait.

1993 marked the first year that the Royal Rumble victor would be granted a World Title shot at that year’s WrestleMania event, and it was Yokozuna who would be that man, although he won it under rather strange circumstances. The final two came down to Yokozuna and “Macho Man” Randy Savage and in a strange decision following his flying elbow, Savage attempted to pin Yokozuna in the ring (pinfalls are not counted in a Rumble match). Yokozuna pushed Savage off him in such a violent display of strength, that he threw Savage over the top ropes to the floor, winning the Rumble.

Yokozuna would go on to WrestleMania 9 to face WWF World Champion Bret “Hitman” Hart and, after Yokozuna’s manager, Mr. Fuji threw salt in Hart’s eyes, pinned Bret Hart to win the WWF World Heavyweight Title. While he won his Royal Rumble opportunity at WrestleMania, his victory was short-lived – moments after his win, Hulk Hogan came to the ring to check on Bret Hart, only to be challenged immediately by Fuji to face his new champion. Hogan agreed and minutes later, Yokozuna’s first World title reign was over before it even started. 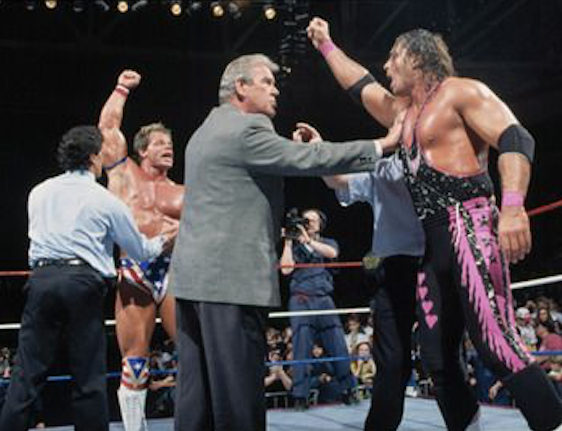 Bret Hart got his revenge for the previous year’s World title loss when he was co-winner of the 1994 Royal Rumble with Lex Luger. Luger won the right to face Yokozuna first at WrestleMania 10 but lost, opening up the final revenge for Bret Hart against the man who had cheated his World title away from him at WrestleMania 9. Hart had lost a shocker to his brother Owen Hart to open the card, so many wondered if the Hitman was mentally up for such a high profile match later on, but in the end, “The Excellence of Execution” capitalized on a blunder from Yokozuna to win his second WWF World title, and first to be seen on PPV – his first World title victory over Ric Flair at a Canadian WWF Live Event was not originally televised and only later appeared on WWF Video. 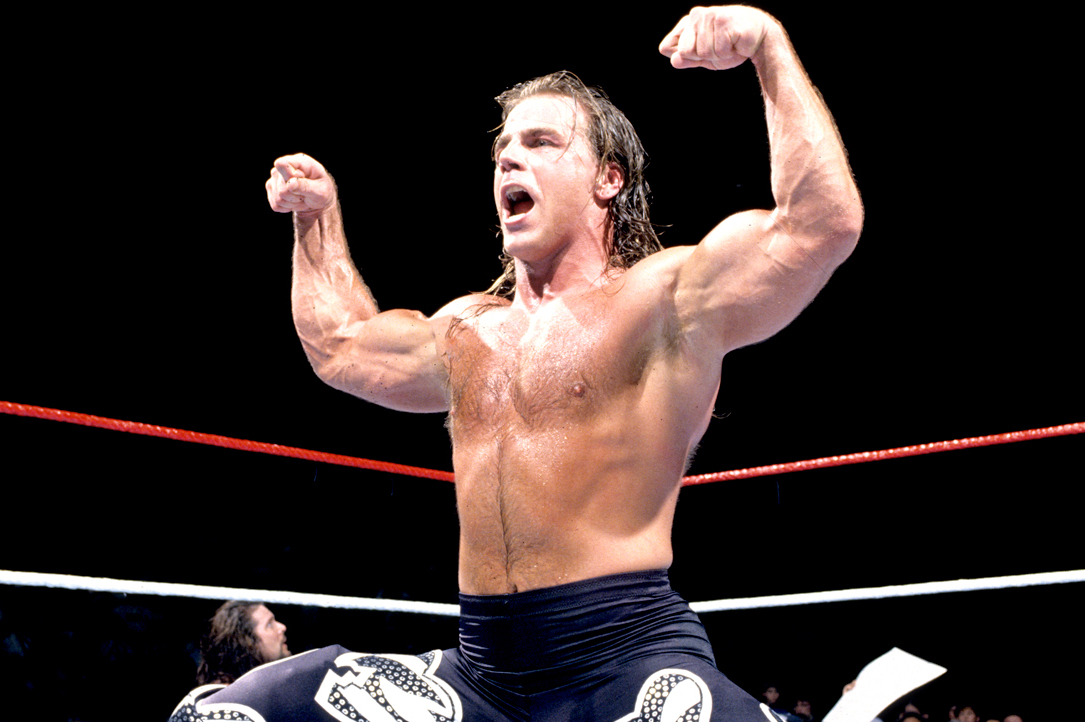 In 1996, Shawn Michaels became the first wrestler since Hulk Hogan in 1990 and 1991 to successfully win back-to-back Royal Rumbles, eliminating his friend Diesel last to win the 1996 Royal Rumble. But while he had failed to beat his closest friend the previous year for the World title, he would make no mistake when facing his greatest rival, as the Royal Rumble proved to be the ultimate set-up for the Boyhood Dream to come true. At WrestleMania 12, Shawn Michaels would defeat WWF World Champion Bret Hart in an Iron Man Match to claim his first WWF World title. 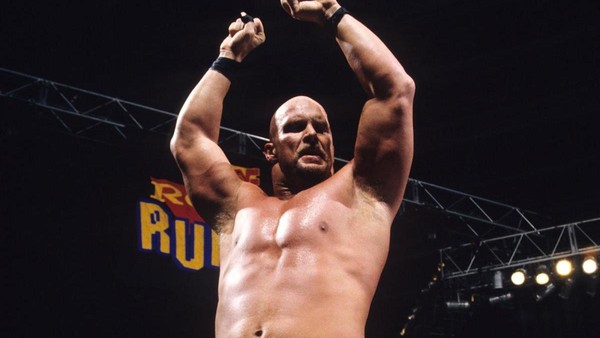 Following the fumbling and failings of his 1997 Royal Rumble victory, “Stone Cold” Steve Austin would win the Royal Rumble again in 1998 (becoming the third back-to-back winner), eliminating The Rock to secure the Rumble that is arguably most famous for featuring the Three Faces of Foley (Mick Foley would compete three times in the event, as Cactus Jack, Mankind, and Dude Love). Austin would go to WrestleMania 14 to face D-Generation X‘s Shawn Michaels for the WWF World Heavyweight Championship, defeating the Heartbreak Kid and officially cementing Austin 3:16 as the new gold standard in the WWF.

In seven Royal Rumble matches in the 1990s where the stipulation that the winner would get a World title opportunity, the eight Rumble winners (thanks to Luger & Hart in 1994) went 4-2-2, with winners only becoming World Champion 50% of the time. Would future winners fare better? We’ll find out in Part Two!