Are you ready for the summer? The kids from Camp Leapfrog are and following the Camp’s best outing yet, December’s Christmas Trios special. They’re going back in time to 1985 for another live special, airing this Sunday on IndependentWrestling.tv (IWTV)’s Facebook page at 7 PM EST. And best of all, it’s totally free! Tubular! The live special, airing from High Tension Wrestling‘s Camp Leapfrog in Sinking Spring, Pennsylvania, looks to be a fun throwback with all kinds of 80’s nostalgia, jam-packed with pro wrestling the way it should be – fun! Only three matches have been announced so far, but Camp Leapfrog has been big on surprises and with a full camp of young and hungry wrestlers looking to make big impressions in their young wrestling careers. 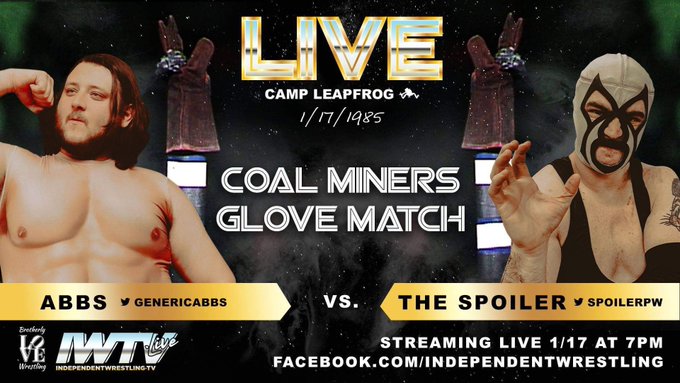 Andrew’s Better Body System (ABBS) has become a regular troublemaker at the Camp and is the current reigning Participation Award Winner! On Sunday night, he’s putting his trophy on the line in a “Coal Miner’s Glove Match” against the nefarious Spoiler (not to be confused with the original Spoiler, Don Jardine, who wrestled in the NWA from the 1950s into the 1980s). The new Spoiler has had enough of ABBS and will be determined to “spoil” ABBS participation at the camp. 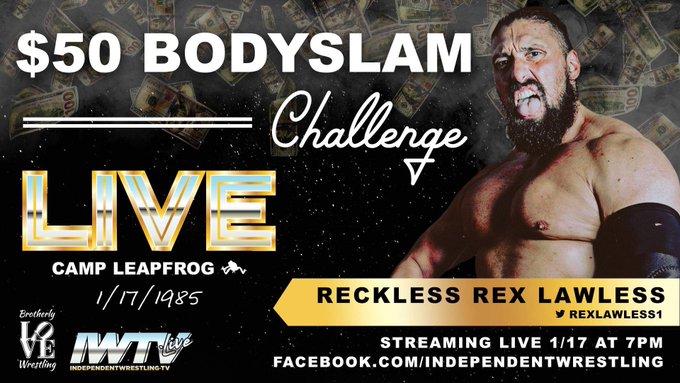 In a camp full of youngsters, Rex Lawless is a veteran looking to shake things up. The 10-year veteran of the New York indie scene where he’s dominated in New York Wrestling Connection (NYWC), where he’s the reigning 2x NYWC Heavyweight Champion, as well as a former 4x NYWC Tag Team Champion and NYWC Fusion Champion. He’s also competed for the likes of Combat Zone Wrestling (CZW), Beyond Wrestling, and more, and he’s no stranger to many of the Camp kids.

Like many of them, he’s a former alumnus of CHIKARA where, as Rick Roland, he was part of the CHIKARA Campeonatos de Parejas (Tag Team) Champion tandem The Closers with Sloan Caprice (fellow New York vet Mike Verna, who has been seen on AEW DARK of late). They terrorized CHIKARA with a 294-day reign as tag champs. On Sunday night, he’s putting his money where his mouth is and one lucky tadpole at Camp Leapfrog will be taking home $50 if they can successfully bodyslam the Reckless One. 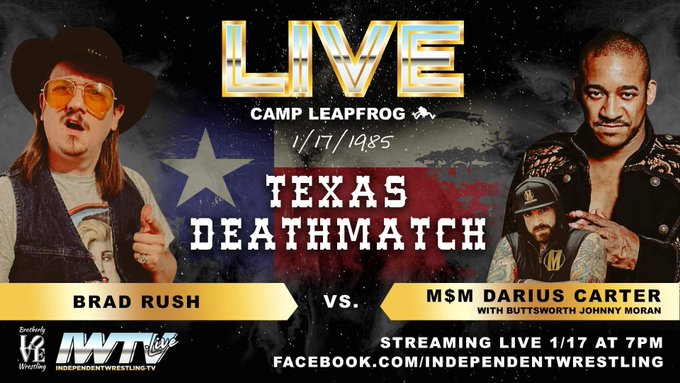 Last month at Christmas Trios, Darius Carter made his in-ring debut at Camp Leapfrog, but he lost to BLANK. He’ll be looking to show just how capable he is in the ring on Sunday, by taking it out on High Tension Wrestling co-owner and Camp Leapfrog director Brad Rush in a Texas Deathmatch. Carter has been one of the US indie scene’s most underrated talents for close to a decade, with Beyond Wrestling in the early 2010s, through his work with New York’s Warriors of Wrestling (WOW). The reigning 2x WOW Heavyweight Champion is looking to kickstart 2021 with a decisive message (after closing the year with a banger against Camp Leapfrog’s Erica Leigh in Pro Wrestling Magic). 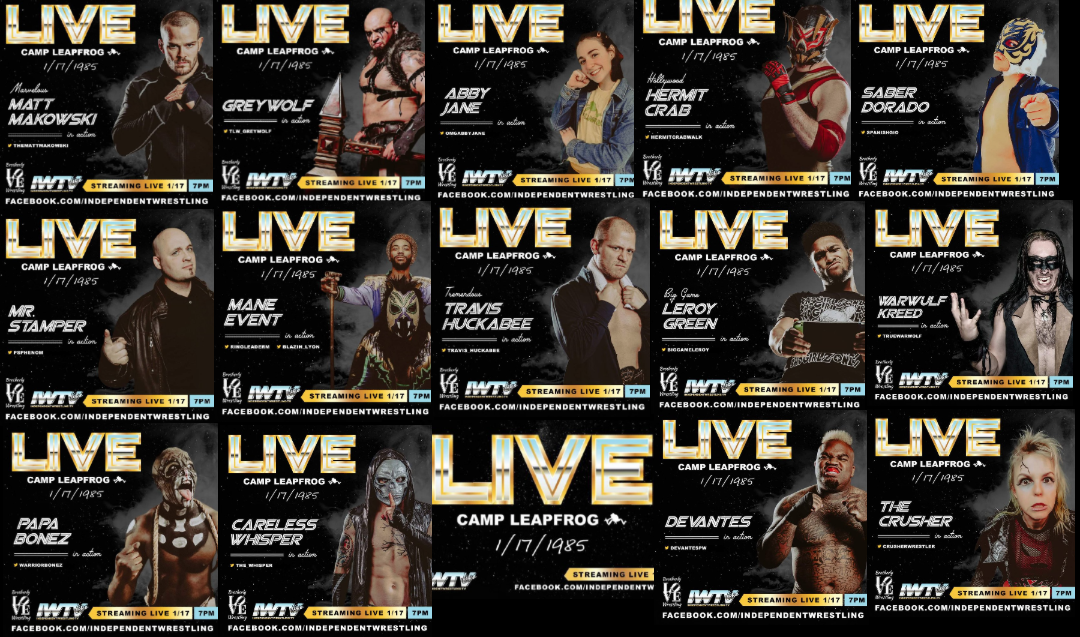 Lots of other Campers will be looking to make a statement and there’s sure to me other matches revealed on the show. Here’s a quick rundown of the other names already announced for Sunday.

Stay tuned to Last Word on Pro Wrestling for more on this and other stories from around the world of wrestling, as they develop. You can always count on LWOPW to be on top of the major news in the wrestling world, as well as to provide you with analysis, previews, videos, interviews, and editorials on the wrestling world. You can catch Camp Leapfrog on IndependentWrestling.tv (IWTV).