After a week long hiatus, MLW is back and with a free special names Kings of Colosseum! With four matches announced, three of them are title matches with major implications. Let’s take a closer look at the card and dive on in with this weeks preview!

🆓 FREE ON ALL PLATFORMS 🆓

Representatives of warring factions, Injustice’s Jordan Oliver will take on Contra’s Simon Gotch. The wheels for this match were set in motion when Gotch choked out Oliver back in September. Oliver called out Gotch a few weeks ago, challenging him to this grudge match. While either man could pull out the win, I expect Gotch to take the victory here. Oliver is young, and this will definitely help establish him in MLW’s ranks.

Marshall and Ross Von Erich look to continue their record-setting reign, but they have to get through one of MLW’s most hated tag teams, The Dirty Blondes (Leo Brien and Michael Patrick). This match was made after the Von Erichs turned down Colonel Parker’s attempt to recruit them in his new Stud Stable. Parker met with MLW officials, and this Texas Tornado Tag match was made. While it’s tough to see the Von Erichs losing any momentum right now, the longer their reign goes, the more likely it is to end. I would take the champions in this match-up.

A grudge match set in motion when Contra’s Mads Krugger put Alex Hammerstone on the shelf for a month. Now cleared to return to the ring, Hammerstone looks to end Krugger’s undefeated streak. Krugger is a stiff challenge, having demolished everyone in his path to this match. I expect Krugger to be the new champion at the end of this one. I would love to see Hammerstone retain, but I would love it more if he challenged Jacob Fatu for the MLW World Heavyweight Championship. 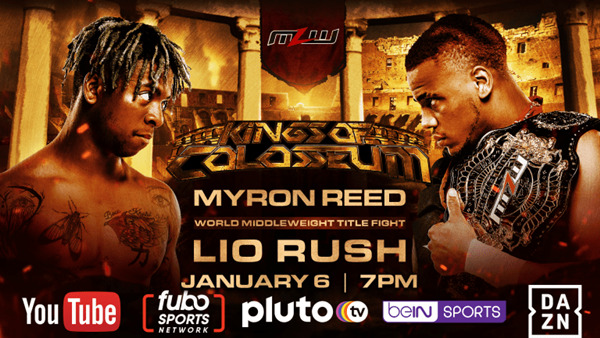 Myron Reed and Lio Rush, two men that have seen their stock rise with MLW’s return. In particular, Rush has seen his star rise over the last few weeks with his appearance on MTV’s newest season of The Challenge. That being said, this will not be the first time the champion Reed is defending against an opponent with a higher national profile. Reed successfully defended his belt the night of MLW’s return against Brian Pillman Jr, who has been a regular on AEW Dynamite and Dark. This match can go either way, but I hope Reed retains here and continues to establish himself as one of MLW’s top stars.

Reminder that this show is FREE on all platforms!