This edition of MLW FUSION will see “Filthy” Tom Lawlor and Low Ki do battle in the finals of the Opera Cup 2020.  There is also tag team action set for this weeks show as the Stud Stable vow to make a statement. 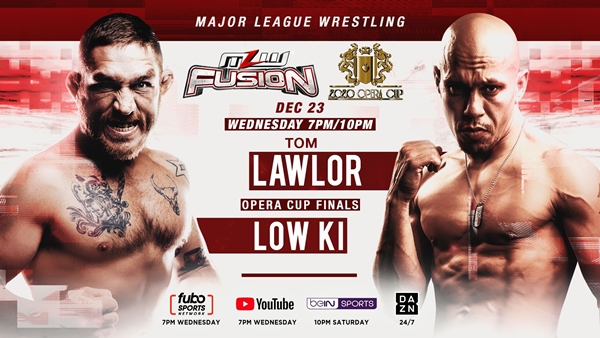 MLW’s greatest rivalry will write a new chapter this when Low Ki clashes with “Filthy” Tom Lawlor. After defeating ACH and advancing to the finals, Lawlor looks to go a perfect 3-0 in his career against Low Ki. Low Ki dominated his brackets, defeating Davey Boy Smith Jr. and Richard Holliday en route to securing his place in the finals two weeks ago.

Dirty Blondes look to take the tag division by storm

Alex Hammerstone gets ready to take on Mads Krügger

Los Parks will issue an ultimatum