The only night of the year where it’s brand vs. brand is here as Survivor Series: The Best of the Best airs this Sunday on the WWE Network. Business has picked up recently in a major way as the main event saw a dramatic change to it on Monday, making it one of the most must-see matches of the entire year. Here’s a look at the teams and the night WWE has on hand for an extra special Survivor Series event.

“The Final Farewell” to The Undertaker 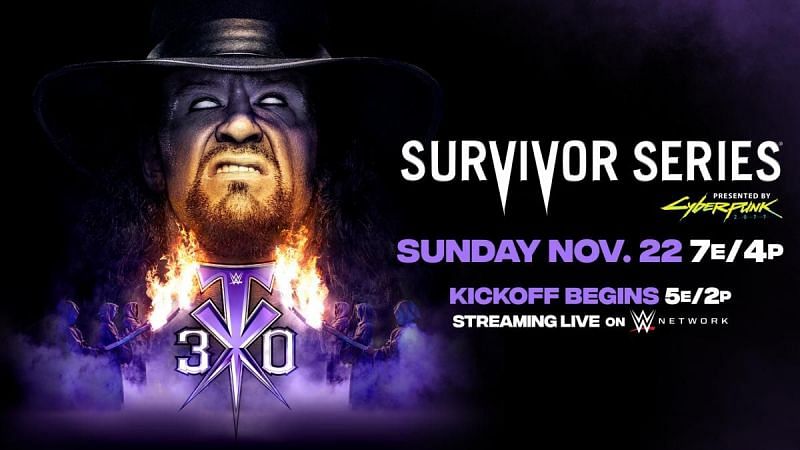 On Sunday night, WWE will have it’s “Final Farewell” to one of the biggest icons in the history of professional wrestling, The Undertaker. While they have not announced anything other than it will be the final farewell to “The Deadman,” there’s plenty of possibilities in the way they handle it on his WWE 30th Anniversary. Considering the humanization we have seen through his feud with AJ Styles and The Last Ride documentary on the WWE Network, this should certainly be the final goodbye until his Hall of Fame induction. Other legends should be expected to be in attendance, but never discount the possibility of certain present-day performers like “The Fiend” to show. Respect will be paid for one of the greatest ever. That’s a fact. 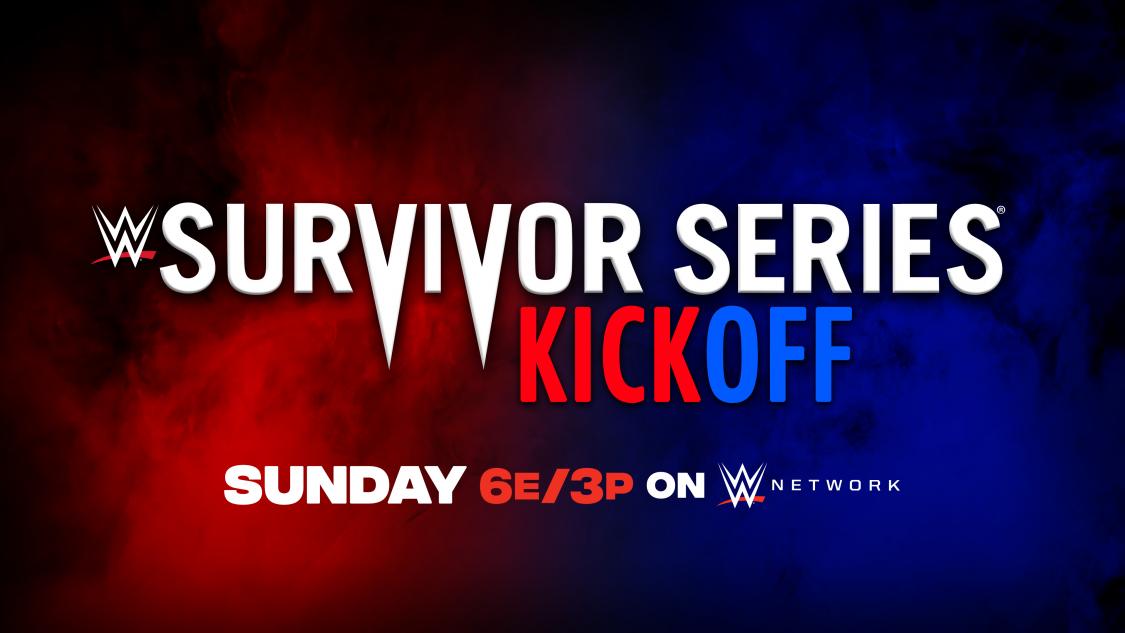 It was announced Friday afternoon that the Kickoff Show will feature a dual-branded over-the-top-rope men’s battle royal, making it the seventh brand vs. brand match of the night. This will ultimately help decide which brand between Raw and SmackDown walks out superior. Expect someone like Big E or Angel Garza to walk out with the win and further their careers in a big way. 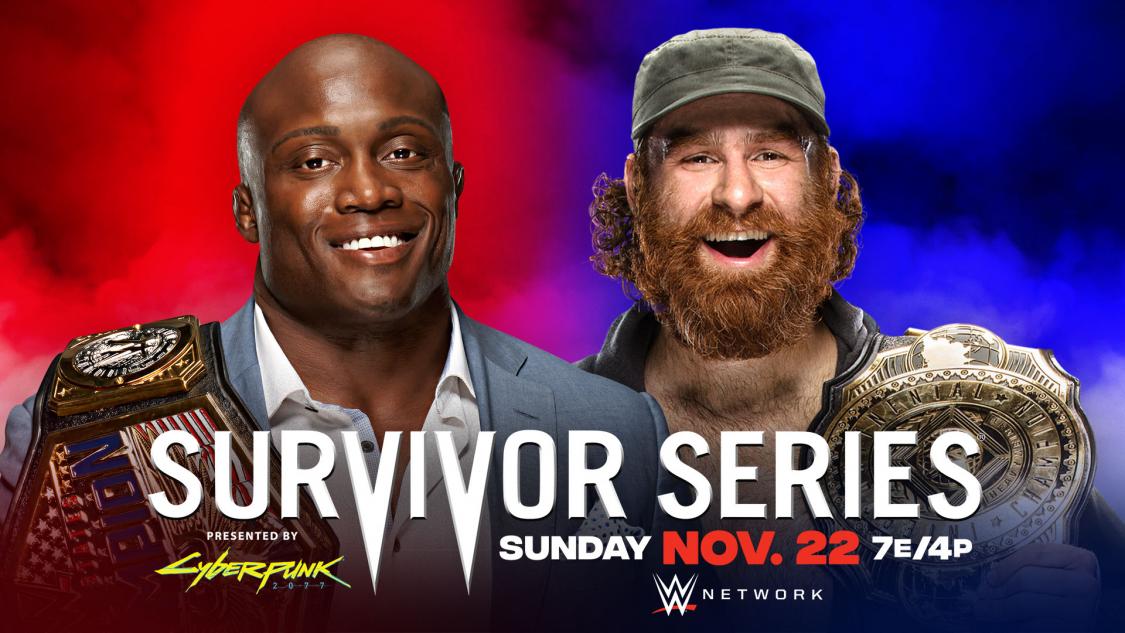 The United States Champion will face the Intercontinental Champion this Sunday night in maybe the most unique bout Survivor Series has to offer. Both willing to do anything for a win, Bobby Lashley and Sami Zayn has an interesting encounter ahead and have teased one another on social media for weeks. When it comes down to who can take home the win for their brand, one has to think the “CEO of The Hurt Business” will be the one raising his hand on Sunday night. But if we know anything about Zayn, it’s that he’s willing to lie and cheat his way to a win. 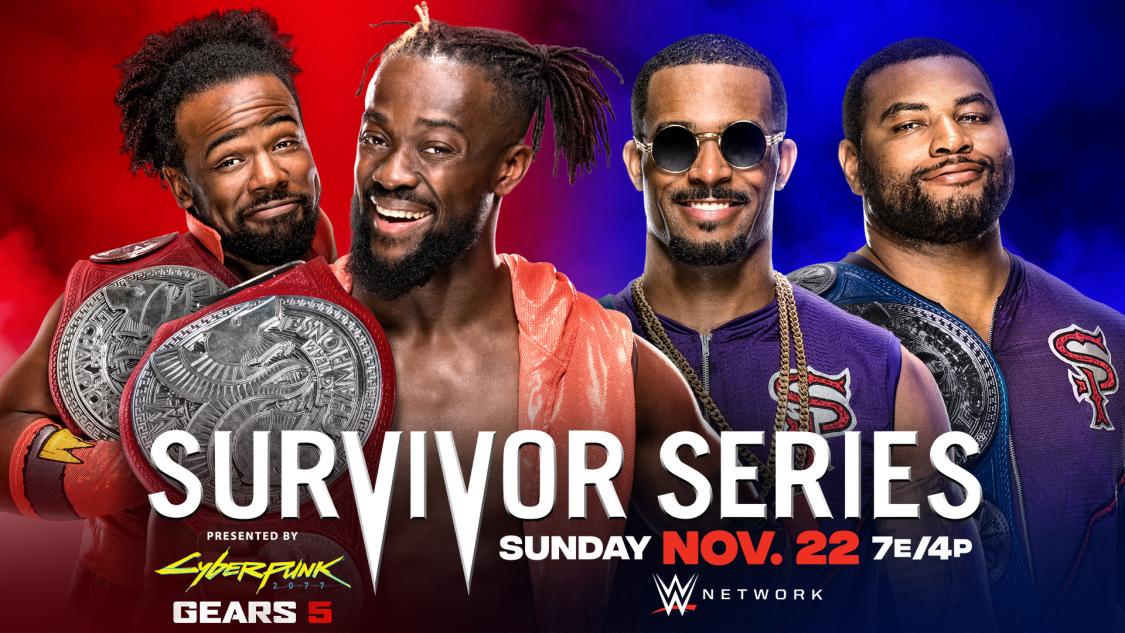 There’s no match on the card with more in-ring potential than this one right here. The New Day vs. The Street Profits has all the makings of a classic bout that is more than just earning brand supremacy. It’s about being considered the best tag team in WWE today. The New Day has been the pinnacle of tag team wrestling in WWE for the better part of the past decade, while The Street Profits have been running the show all year long and were considered the longest-reigning Raw Tag Team Champions before switching the titles at the Draft. This one will be one of class, flash, and great tag team wrestling. 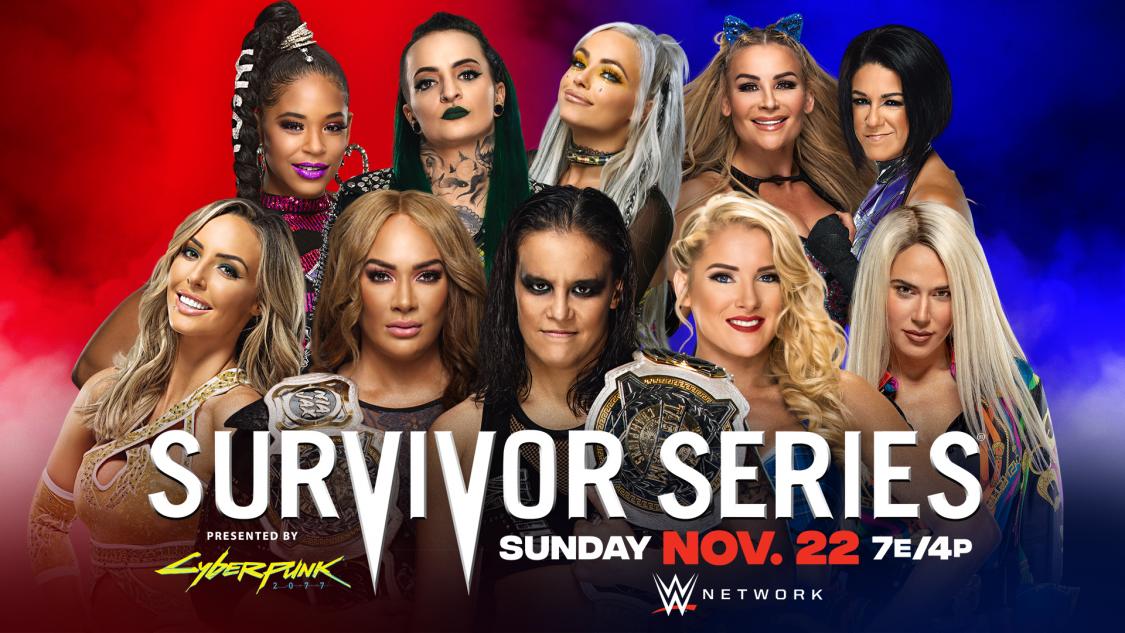 The tradition continues. Both Raw and SmackDown will put forth one women’s team and one men’s team to show the world who has the best collection of superstars on their brand. As we take a deep look at the women’s teams, Raw has the WWE Women’s Tag Team Champions Nia Jax and Shayna Baszler to lead their team along with Lana, Lacey Evans, and Peyton Royce. Their chemistry hasn’t been of much existence considering the continuous destruction of Lana by Jax and the recent addition of Evans and Royce.

Team SmackDown, however, finally learned who their complete team was on SmackDown this week as former champion Bayley will lead the likes of Bianca Belair, Ruby Riott, Liv Morgan, and Natalya into battle to try and help earn brand supremacy and prove they are the best of the best. SmackDown showed cohesion while Raw has come nowhere close. Should be an interesting outcome. 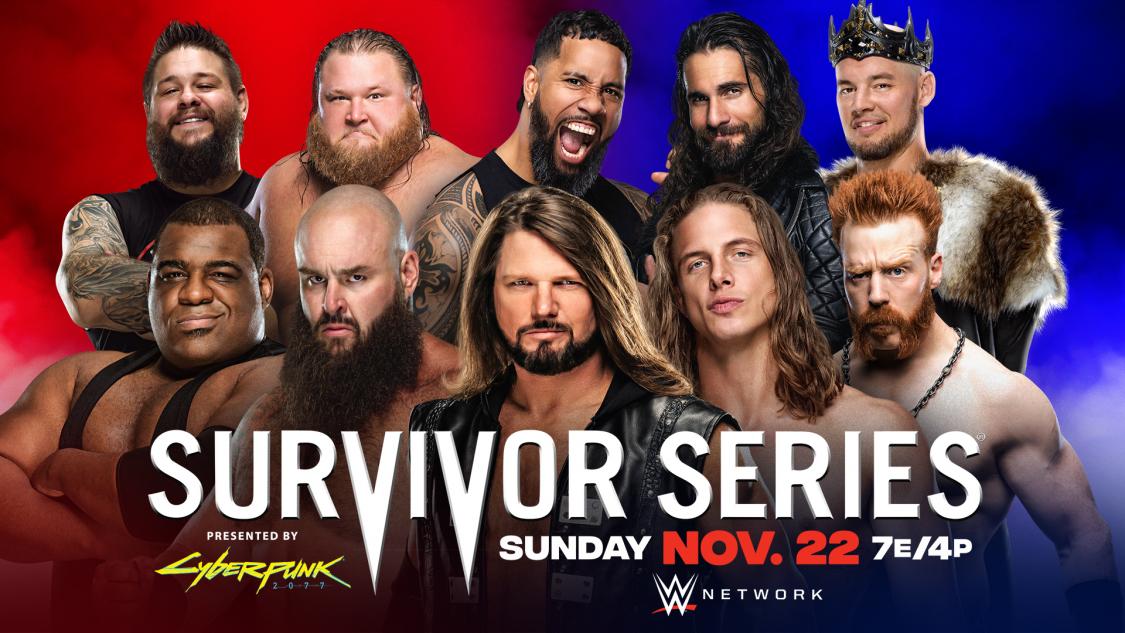 The same goes for the men’s team of Monday Night Raw, as they are fresh off a loss to RETRIBUTION on Monday night and have plenty of cracks in their incredibly talented team. AJ Styles is the self-proclaimed captain of Keith Lee, Sheamus, Braun Strowman, and Riddle. The talent is there, but the question remains if they can connect enough to pull off the win. SmackDown, on the other hand, has not really been together in any way on television besides Jey Uso laying out Kevin Owens following their match on SmackDown. They also have Seth Rollins, King Corbin, and Otis filling out the rest of the team. The talent on the Raw side has what it takes, but they must come together if they want to achieve their goal. Otherwise, SmackDown can steal the win. 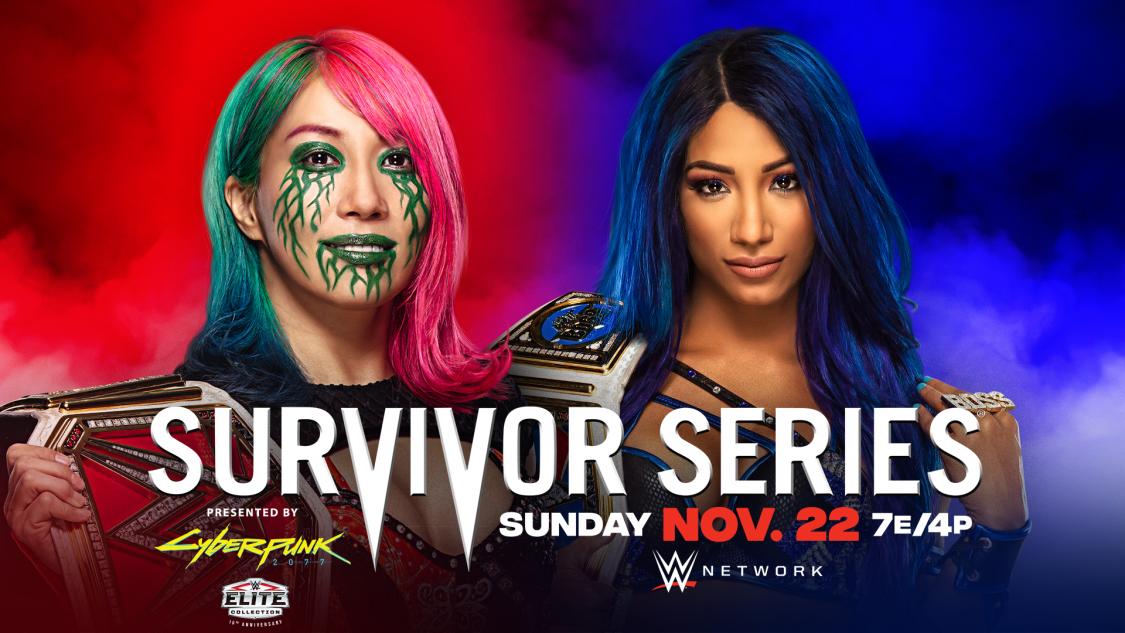 We may have seen this one before but we should expect another classic between Asuka and Sasha Banks. These two got in the face of each other on SmackDown this past week, as Asuka eventually watched on as Carmella beat down Banks in the middle of the ring. You know “The Boss” is going to remember that, but considering the attack by Carmella, there’s no guarantee Banks’ knee will be 100%. Either way, this one could steal the show as they did all summer. 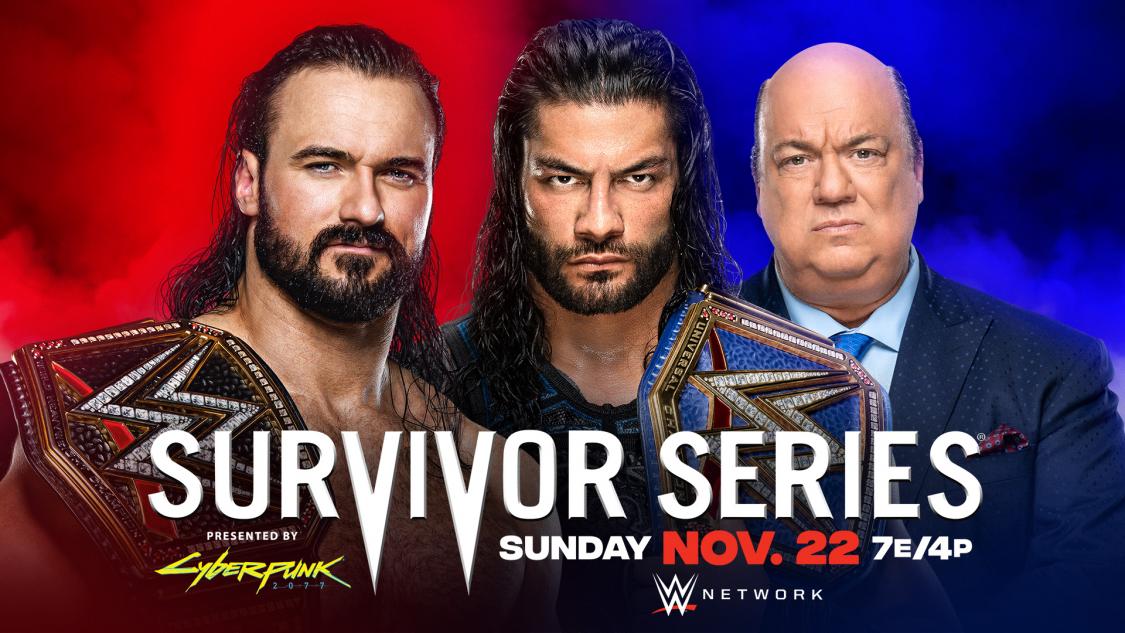 There is no bigger match that WWE can offer when it comes to their current roster than Drew McIntyre vs. Roman Reigns. This will be WWE Champion vs. Universal Champion in the battle of proving who is the true face of the company moving forward. The past two weeks have been nothing but tension between these two as McIntyre wasn’t guaranteed to get this match until this past Monday when he defeated Randy Orton for the WWE Championship. On SmackDown, Reigns told McIntyre he will always be a “great No. 2” to his No. 1, making the ultimate fighting words before walking off. This one is going to be one to watch with no clear favorite as to who will walk out as the winner. We just know it will be a match that makes pro wrestling great.