Last Word on Pro Wrestling’s series, War of the Words, explores the art and impact of the promo by looking back through the archives. This series will examine all kinds of promos, from the most memorable or ones that have been overlooked and are underrated, showing the background of the promo, the promo itself, the aftermath of the promo, and what came from it. The most recent installment looks back at The Miz’s passionate promo against Daniel Bryan on Talking Smack.

In 2016, everything was freshened up when WWE split Raw and SmackDown into separate brands once again. And in doing that, it allowed someone like The Miz to recapture the magic he had before in his career, entering the spotlight for the first time in years. And when Talking Smack was created to follow SmackDown, it allowed wrestlers to be themselves on a stage where there were no repercussions. That’s when The Miz let loose on Daniel Bryan. It was uncut, unfiltered, and unscripted to the point where it felt uncomfortable but solidified itself in history as one of the best promos from a wrestler. Here’s a deeper look at the promo, how we got there, and what followed.

Background: The Continous Disrespect Towards The Miz As A Wrestler 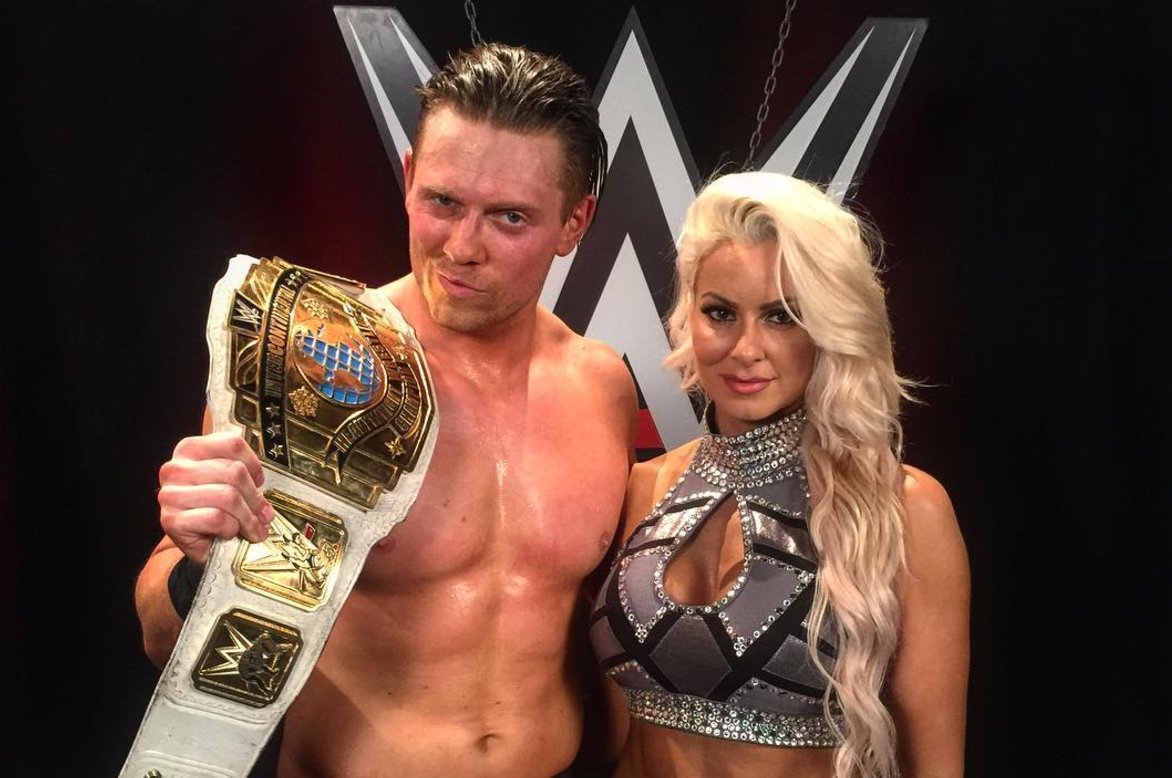 For the majority of The Miz’s career, he was disrespected and underappreciated by “the boys” in the locker room in the fans because of the world he came from. He wasn’t an “indie darling,” as he makes clear in his promo, but was one who did the work to make his career work. Sure, he said yes to the interviews and became a company guy. Why wouldn’t he? He was perfect for the role. But what was clear is he did the work to belong and people didn’t respect that. Daniel Bryan had said for weeks on Talking Smack and as the General Manager of SmackDown LIVE that The Miz was a coward of an Intercontinental Champion. This, of course, was during his fifth reign with the title. And The Miz was soon becoming fed up with the disrespect after years.

He felt as though he belonged by now and just because he got there a different way shouldn’t have meant differently. This led to the promo of his career in the face of Daniel Bryan. Sometimes one statement can make someone snap. And that’s what happened on Talking Smack on Aug. 23, 2016. The Miz was a guest on the show hosted by Renee Young and Daniel Bryan once again. And Bryan had the audacity to say that The Miz wrestled like a coward. That is what lit the flame in The Miz that night.

To give some more background to those who may not remember, this was the period where Daniel Bryan was forced to retire by WWE doctors and it looked as though he would never get back in the ring for the company. So the words that The Miz used that night had some sharper pains than they would nowadays.

Bryan answered the only reasonable way — he wasn’t allowed to compete. He would if he could. The Miz wasn’t going to hear it.

Renee Young attempted to step in at this point, as we neared the point where Bryan had no words. No words to say but instead had to leave. And that’s when The Miz somehow managed to kick it into the final gear.

“No, no, I got this! Me and the GM have this. Thank you very much, Renee, this is is a great show, but we’re talking here. I need to talk to you real quick because the fact is you’re the one who calls me the coward, but you’re the one that doesn’t get in the WWE ring again.”

As Bryan walked off, it was time for The Miz to take the camera and run with it even more.

“No. Don’t you walk away from me, Daniel. Don’t you walk away! I’m the one that loves the fans. I’m the one who loves everyone and everything. You’re the one that gets up and walks away, every single time! You’re the coward! I am not a coward! I am your Intercontinental Champion. And there is a reason I am making this the most relevant, prestigious title the WWE has, and I deserve the respect on SmackDown LIVE.

“Get that camera right here. Get that camera right here. Understand that this is Day 141 of the Never-Ending Intercontinental Championship World Tour, and I swear to you, I promise you, it will be the most relevant title on SmackDown Live. I could care less about those little kids out for the Tag Team Titles, and the Women’s Championship, and the WWE Championship. This is my show. My Show! And I’m sick of all of you, my GM, sitting there criticizing me, calling me the coward. You’re the cowards! I’m the one here day-in and day-out in that wrestling ring beating people up. Thank you very much.”

It almost became a personal attack on Bryan. But for no reason other than The Miz wanting to stand up for himself once and for all. He was the one there every single day. He was the one holding gold. And truthfully, he was doing everything in his power to bring that Intercontinental Championship back to its one-time prestige. It was a promo of greatness. A promo of remembrance. And simply one that carries weight to this day. It was true, unscripted art from The Miz.

Aftermath: Hopeful/Precursor For A Feud, Fans Positive Reaction, And A Rise For The Miz 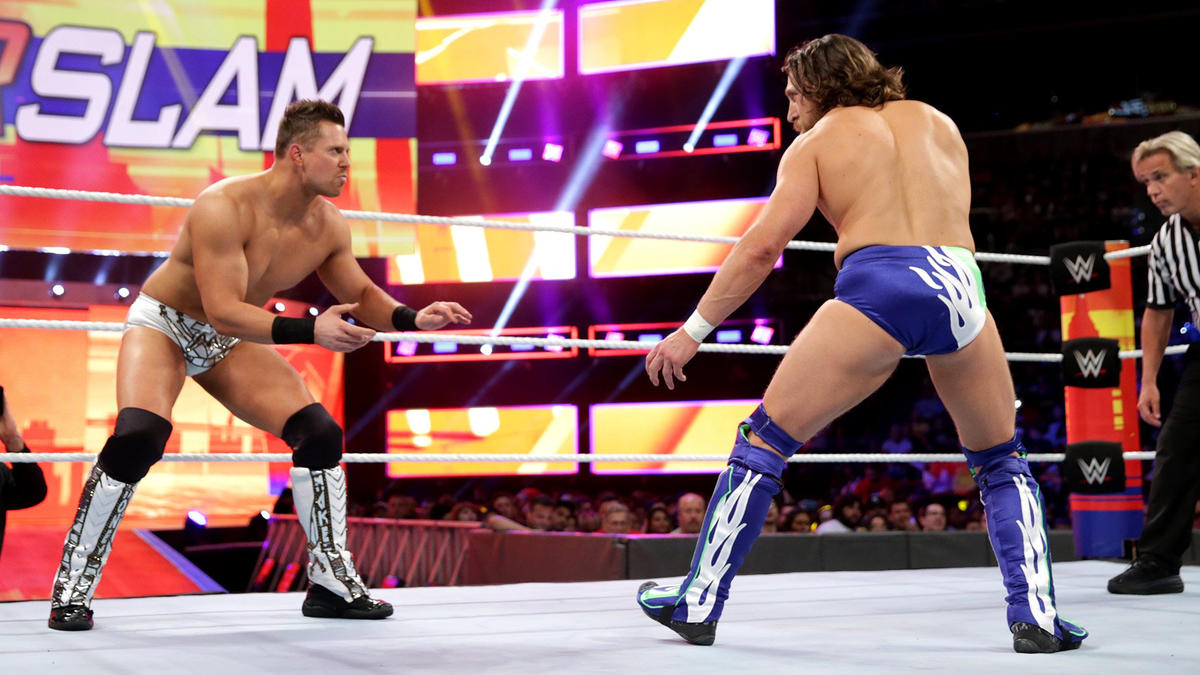 Perhaps the aftermath was more unique than the promos we have covered in this series so far. Because everyone knew there wasn’t going to be a feud immediately between these two. There were no signs then or now that Bryan had been cleared to return to the wrestling ring and he wouldn’t return until over a year later. But it set up a story to be revisited between both men down the line. It created real intrigue for when Bryan did return — there was natural heat there.

What this promo also created was legitimate fan interest in The Miz that hadn’t been there in some time. People came around on how good he was with the microphone and even in the ring at that time with the Intercontinental Championship. They appreciated his efforts to raise the title from the dumpster that it had been for years prior. It was almost exactly what The Miz called for in the promo. He wanted the appreciation that he hadn’t received to that point despite his efforts. Making the promo that much more effective.

And finally, it led to a continuous rise for The Miz. He would enter a great feud with one of his best rivals, Dolph Ziggler. And while he would lose the title, he would go on to become an 8-time Intercontinental Champion in his career. It was that reign that he raised his team and left people wanting him to win the big one again — the WWE Championship. While that never happened, it’s interesting to remember this time in his career as he has his best chance to win the big one since his first time as the Money in the Bank holder.

The Miz did what he could to raise the glory of the Intercontinental Championship. In doing so, he delivered the promo that helps define his career.