As the road to AEW Full Gear continues, Dynamite tonight is filled to the brim with content. This week will kick off all first round matches in the AEW World Title Eliminator Tournament. Kenny Omega, Hangman Adam Page, Jungle Boy, Penta El Zero M, Rey Fenix, Wardlow, Joey Janela, and Colt Cabana will fight to advance for an opportunity at the AEW World Championship. The final match of the tournament will take place at Full Gear on November 9th. Each competitor will have something to prove in a chance for glory. In addition, there will be a number one contender four-way tag team match between Young Bucks, Private Party, John Siler & Alex Reynolds of the Dark Order, and The Butcher & The Blade to determine who will face FTR at the Pay-Per-View for the AEW World Tag Team Championships. Not only that, MJF and Chris Jericho will indulge in their Le Dinner Debonair, and Dr. Britt Baker will be in action. To say AEW Dynamite tonight feels important would be an understatement. 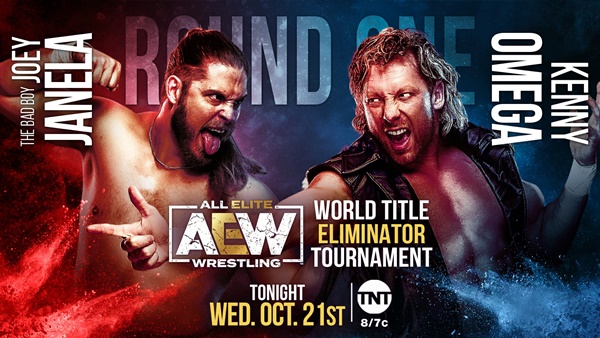 The “Best Bout Machine” and The “Bad Boy” face-off once again. Last year the two athletes embarked on an underrated mini-feud over on Dark and Dynamite. Kenny has beaten Janela twice and looks to go for three. Considering “The Cleaner” is one of the favorites to win the whole tournament, odds do not look good for Joey. Kenny hasn’t wrestled since All Out in September after the loss with Page to FTR. Omega has been extremely passive-aggressive to Hangman the past couple of weeks. Labeling the Cowboy a “tag team” wrestler, its obvious tensions are flaring and the G1 Climax 26 Winner isn’t holding anything back. 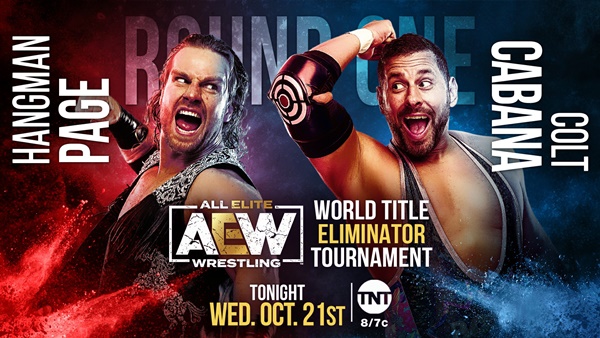 After taking the pin to FTR at All Out, Hangman looks to continue to get back on the saddle and refocus in the AEW landscape. Hopeful to reform his partnership with Kenny however, his former tag partner is obsessed with claiming the AEW World Title. Hangman has defeated Frankie Kazarian and Evil Uno in singles competition so far. Colt Cabana looks to make it up to Mr. Brodie Lee after losing at All Out against the Nightmare Family.  The cheery Cabana has been hanging out with the cult in an effort to receive more opportunities on AEW Dynamite. Now it remains to be seen if another loss will drive a further wedge between himself, and the purple-clad organization. 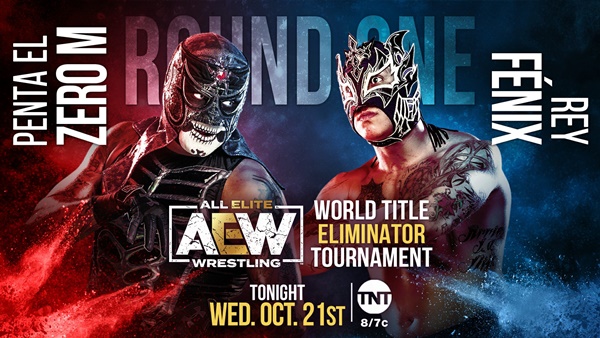 Lucha Underground fans rejoice, Pentagon and Fenix will do battle on AEW Dynamite. After aligning with Eddie Kingston and The Butcher & The Blade, the masked brothers continue to fly under the radar on Dynamite. Pentagon and Fenix are former world champions and will finally receive a chance to show their capabilities as singles wrestlers. 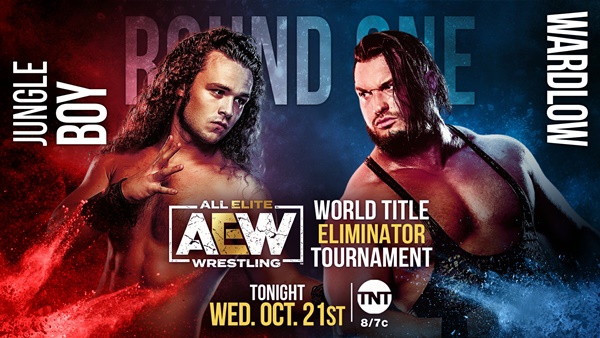 The standout star of Jurassic Express faces the Mammoth bodyguard of MJF. Jungle Boy has emerged as one of the best pure-hearted babyfaces in all of AEW. The son of the late Luke Perry was phenomenal against MJF at Double or Nothing. AEW has been meticulous in investing in Jungle Boy as one of the future stars of AEW. Wardlow looks to achieve what his boss could not at All Out, by winning this match. Meanwhile, Mr. Mayhem continues in the shadow in MJF and will attempt to stand on his own in this tournament. This is a David vs Goliath battle that has the potential to be a sleeper hit. 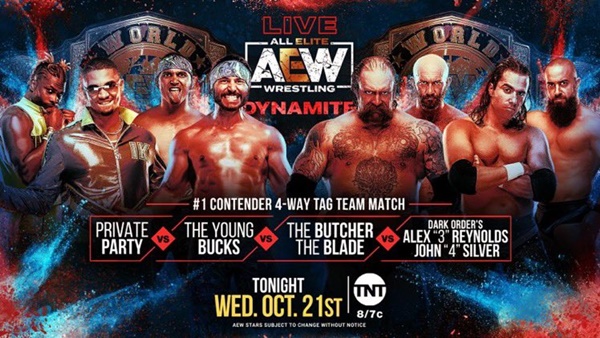 This four way tag match was announced last week via random draw for all four teams. The Young Bucks have turned over a new leaf ever since Hangman cost them an opportunity at the AEW World Tag Team Titles in the gauntlet match. The Jackson Brothers have been superkicking everyone and everything as their arrogant attitudes persist. Meanwhile, John Silver and Alex Reynolds look to please Mr. Lee by attempting to bring some gold back to the Dark Order. Private Party attempt to escape pre-show matches in addition to resuming their beef with the Bucks. Finally, Butch and Blade will stop at nothing to carve their names into the AEW history books. 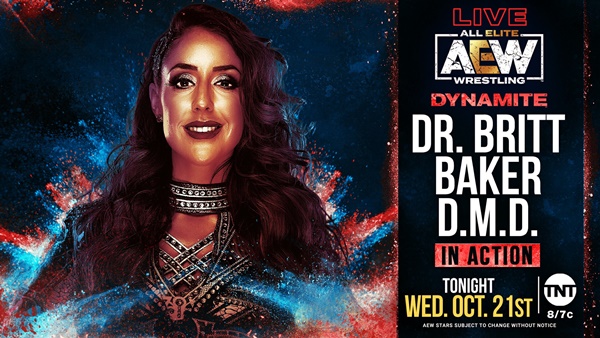 The Good Doctor will grace us with her presence.  With hilarious skits alongside Rebel and the greatest interviewer in the history of our sport, Tony Schiavone. Dr. Baker has improved leaps and bounds over a year ago. As the self-proclaimed face of the AEW women’s division, Baker will stop at nothing to climb the rankings. Britt Baker has been the only woman in AEW to receive consistent promo time in addition to character development. Considering she is the only female wrestler AEW has bothered to develop properly, it’s only a matter of time before she becomes AEW Women’s Champion. 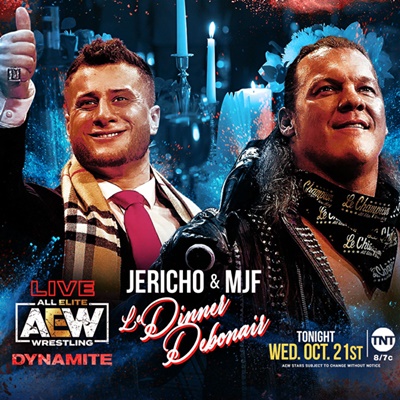 After MJF asked Jericho if he could join the Inner Cirle, Le Champion told the Plainview native they would think it over. However, the two agreed to parlay in a steak dinner in what’s sure to be a comedic skit between AEW’s two resident promo artists. MJF will stop at nothing to reach the top of Dynamite. Now it appears as though Maxwell has a plan in place for AEW’s notorious faction.