Stardom runs Korakuen Hall once again for another installment of the Goddess Of Stardom Tag League.  This event features Giulia vs Himeka in the main event as the Donna Del Mondo members clash over the Wonder Of Stardom Championship.  Like most modern Korakuen events this show is a  one/two match show which pales in comparison to the stacked Korakuens Stardom used to run.  That said we have some matches to look forward to so let’s get into this preview.

Ruaka vs Gokigen Death vs Saki Kashima vs Rina vs Hina 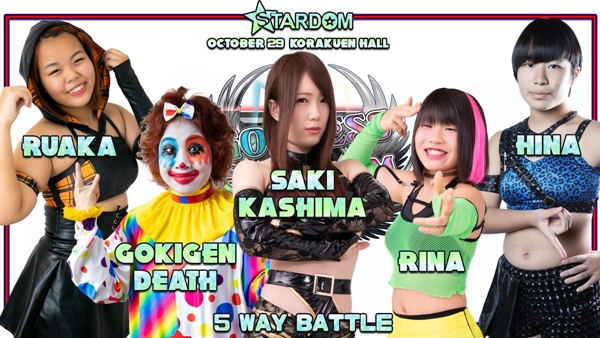 Ruaka makes her return to the ring in this “get everyone on the show” special.  Either Kashima or DEATH will win but it’s nice to see Ruaka back.  It’s always good to see the younger performers getting to share the ring with an experienced performer like DEATH who they can learn from. 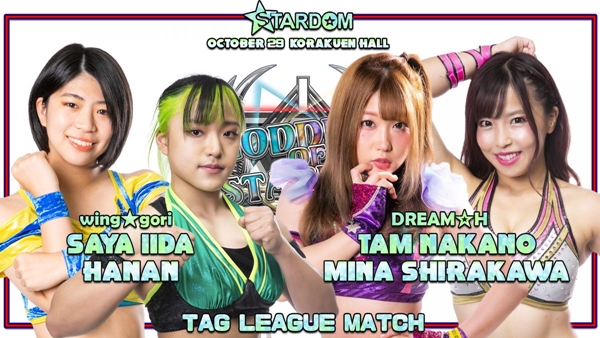 An all-STARS contest in the tag league.  Iida and Hanan don’t win often while Nakano has long been flirting with the top of the Stardom card.  This one looks like a certain victory for Shirakawa and Nakano but Iida has proven she can win and we could see her pulling one over on Shirakawa. 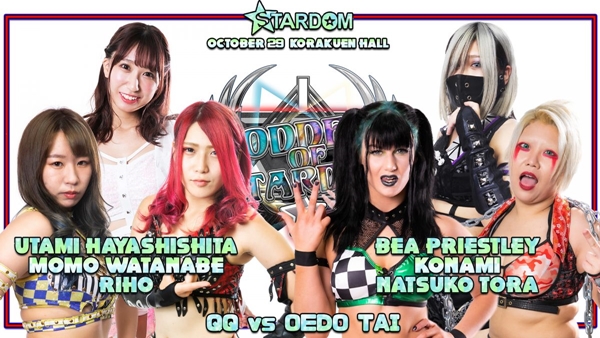 Oedo Tai runs into an absolute superteam as they take on two of QQ’s best and Riho.  Oedo Tai has looked like a much stronger unit since the return of Priestley and addition of Konami so they aren’t likely to take a clean loss here, that said this will possibly end in a DQ finish which Oedo Tai has employed a lot in recent times. 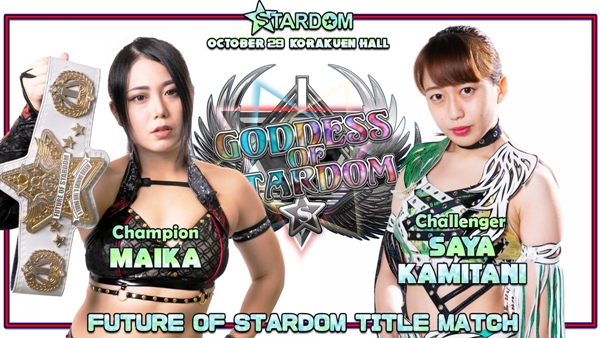 These two have been at odds for months now.  Their factions (DDM and Queen’s Quest) have been at odds with one another since Stardom’s restart, they both competed in the match that saw Maika win the Future Of Stardom title, and most recently Kamitani pinned Maika in a match to retain the Goddesses Of Stardom Championships.  They have good chemistry together and a solid backstory to play off which means this could steal the show. 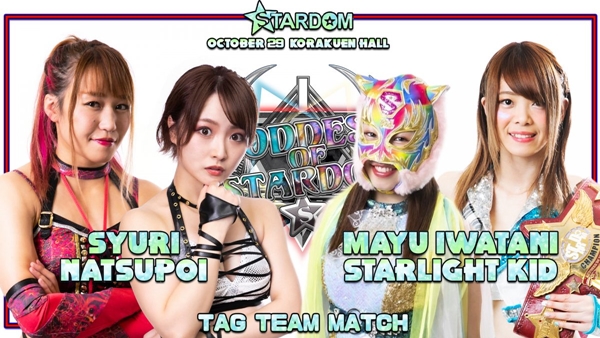 Tag team action features second from the top as DDM and STARS clash.  Iwatani and Syuri had a near 30 minute title match earlier this month at Yokohama Cinderella.  Kid and Natsupoi have no real rivalry but Natsupoi has made it known she wants to be high speed champion which is a title Kid has been fighting for in recent times. 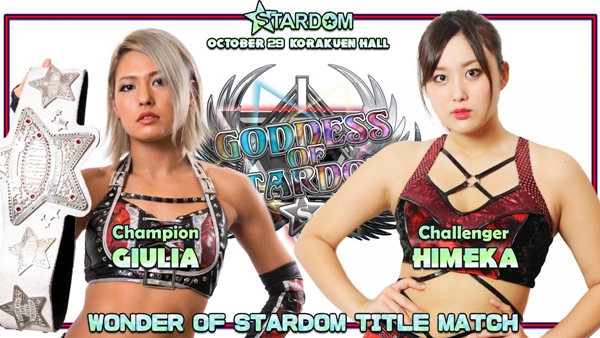 During the 5STAR Grand Prix Himeka became the first person to beat Giulia in singles competition.  Giulia, as expected, did not take too kindly to that loss and while they have remained united in DDM the competitive tension is there.  Giulia has only made one defense of her title so far so it’d be a shock to see her drop the title so soon but this could be a good match given their last encounter was enjoyable.