In the history of WWE, there have only been four No. 1 overall picks, as the draft with a complete reshuffle of the roster has been rare. The Rock was the first, with John Cena, Seth Rollins, and most recently Becky Lynch following. On Friday night, that will all change as the fifth name is added to the list. As the WWE Draft approaches, our WWE analyst Scott Edwards takes a look at six superstars on the roster worthy of being the first-round pick. The first will be the longest-reigning SmackDown Women’s Champion in history, Bayley.

When thinking of who is worthy of being the No. 1 pick in the draft in recent years, most have thought John Cena and Brock Lesnar make the most sense as they are the biggest names in the company. Or perhaps whoever was WWE Champion at the time. You know, since that is the top title in the history of the company. But the tide has begun to change, as 2019 saw the company’s most popular star, Becky Lynch, go first overall. That changes the way everyone looks at these drafts. Meaning, it’s time to give Bayley some serious credit when it comes to the No. 1 pick on Friday night. She, more than anyone, has two attributes to her past 365 days that puts her at the top of the list. 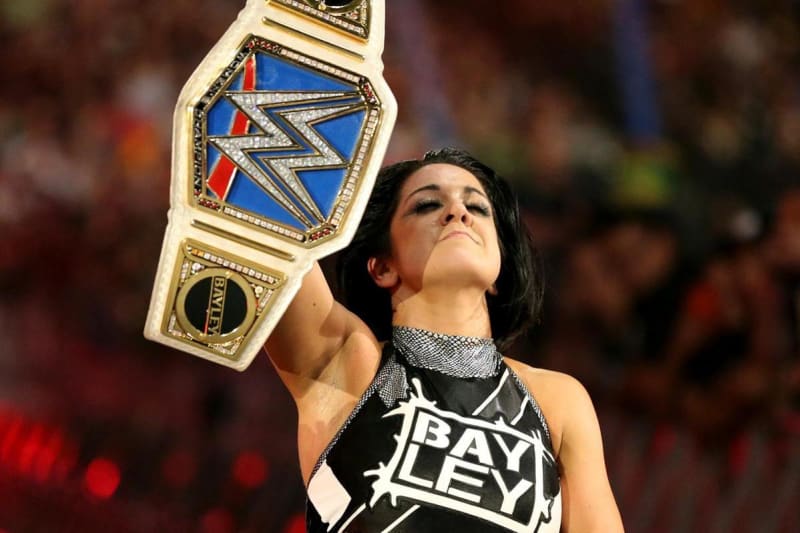 There’s no accolade more impressive than being the longest reigning champion of a championship. Especially when it’s a world championship. Bayley has become the present-day precedent for long championship reigns, as she managed to keep her run interesting all the way to this point (almost one year later) while facing the same few opponents every other PPV. It takes a great champion to do that and there hasn’t been anyone better than her. Her run as SmackDown Women’s Champion has completely trumped the Raw Women’s Championship of Becky Lynch and now continues to add to the prestige of the run.

When drafting as either SmackDown or Raw, you have to look at dominance and who you want on top of your brand. Someone that has dominated by any means necessary to keep her title is someone you want on your side, not opposing you. Bayley became a heel almost one year ago and has turned her gimmick into one of the best we have seen in a long time. People joked that she left her childhood phase to being an uprising teenager. Whatever fans want to call it, there’s one word that can define her run as the SmackDown Women’s Champion over the past year: Greatness.

Carried WWE During The COVID Era 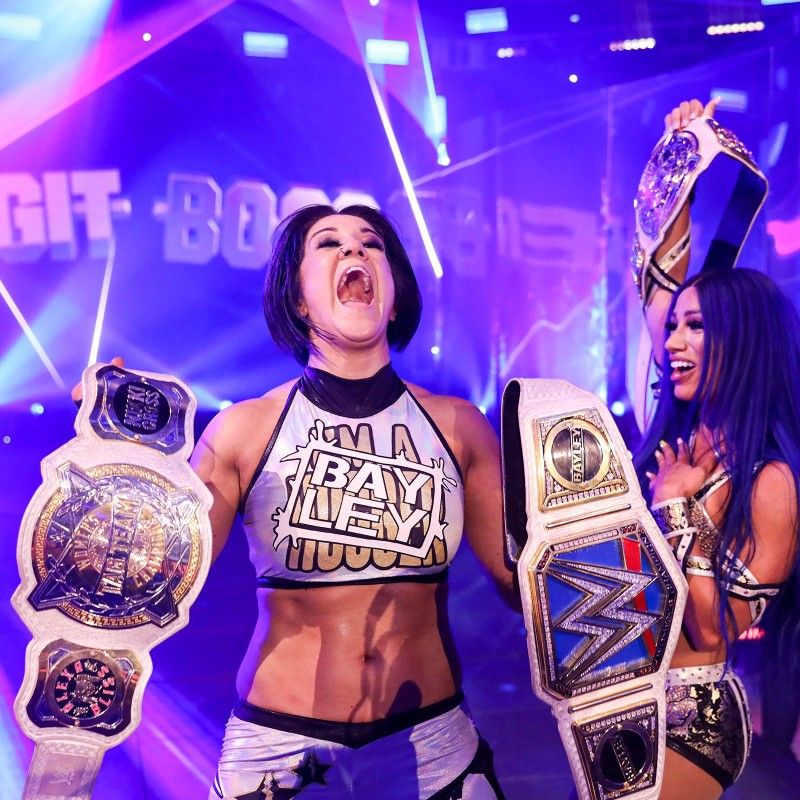 Unprecedented times call for heroic delivery. And that’s what Bayley gave the WWE. With Becky Lynch, Charlotte Flair, and Roman Reigns all off TV for numerous reasons and fans no longer being allowed to attend WWE shows due to the COVID-19 pandemic, they needed something to save them. That something was the run of The Golden Role Models, Bayley and Sasha Banks. And in that time where they rose to the top, Bayley Dos Straps took the bull by the horns and appeared on all three shows of WWE programming, proving to be the ultimate workhorse that they needed. The respect we give to Bayley must go to Sasha Banks as well because they became the must-see duo of WWE.

Their run on top over the past six months has been something no one expected, but something WWE should ever be grateful for. They had no other choice but to let them shine and that they did, overproducing and going out of their way to be the best the company had to offer.

It’s another feather in the cap as to why Bayley should be the No. 1 pick come Friday night. 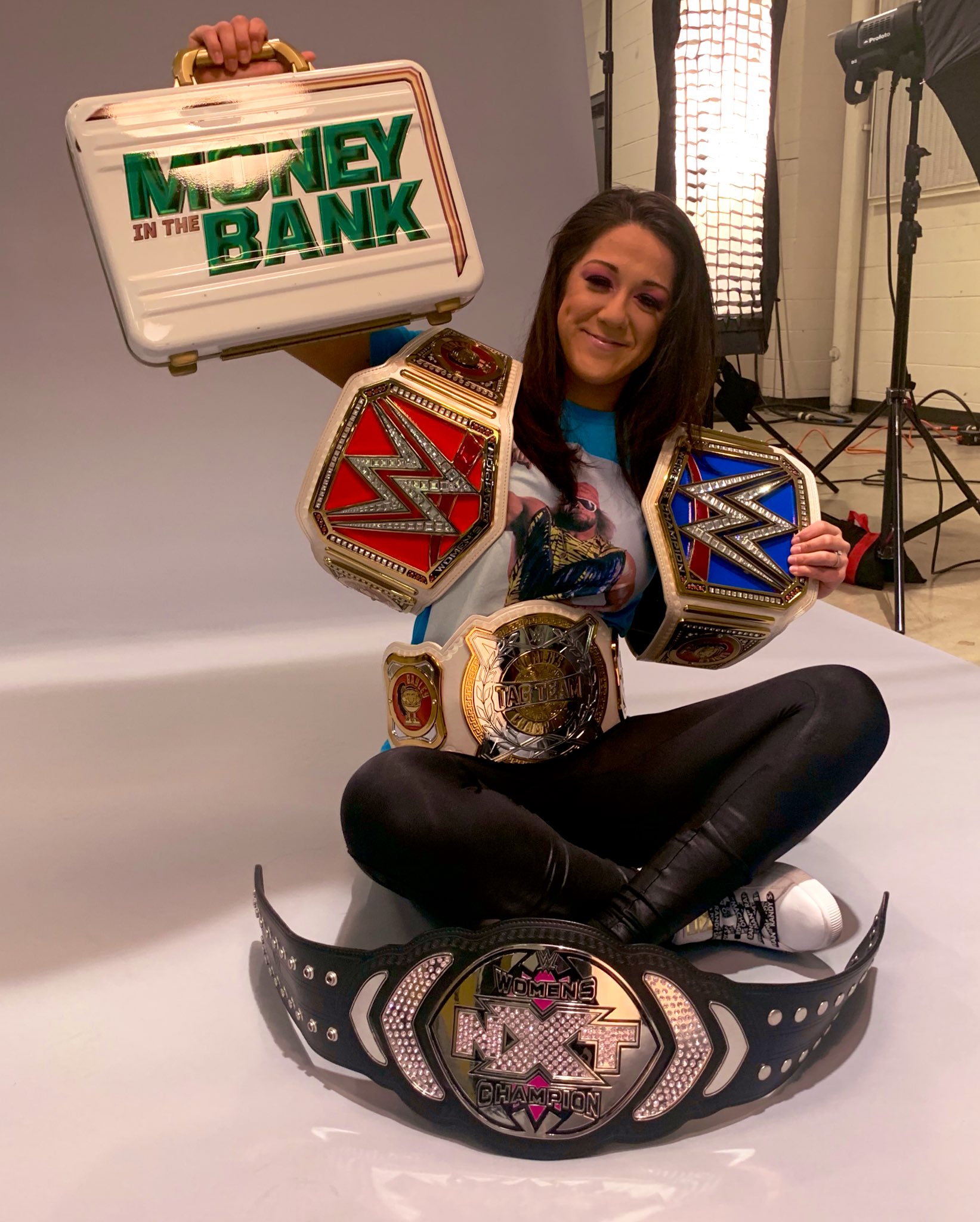 Bayley has done it all. She was the first-ever female Grand Slam winner in WWE history and has only become better since that accomplishment. When you are FOX and USA Network, you have to be praying, hoping that someone with the ability that Bayley contains is on your roster. And if your show has the first pick, it is worth taking that chance that Bayley can do what she did for all three shows do the COVID-19 era. It’s something that can’t and never will be mirrored again in terms of coming up in such uncomfortable, unexpected circumstances. The right award for the reigning, defending SmackDown Women’s Champion is to make her the No. 1 overall selection in the 2020 WWE Draft.