Earlier today, Chris Van Vliet posted his latest interview with professional wrestling veteran Jazz. Having wrestled for over twenty decades, Jazz appeared for promotions including, but not limited to, Extreme Championship Wrestling, World Wrestling Entertainment, and the National Wrestling Alliance. During the interview in question, Jazz announced her retirement. To say that this interview took the wrestling world by surprise would be an understatement.

“I have just had my last match this past Sunday,” she revealed. “I am done with in-ring. Last match ever, I am done.” Jazz was also asked about possibly returning to wrestling, given the oftentimes short-lived nature of retirements in the business. Nonetheless, she was adamant that she was done with serious in-ring competition. However, she was open to the idea of making appearances down the road.

Jazz also revealed that she had been experiencing nagging injuries, specifically with her knees and back. Her fatigue extended beyond her physical state, however, as she was also experiencing mental and emotional difficulty. These problems, as well as other circumstances, prompted her to forfeit the NWA World Women’s Championship in April of 2019. It’s also worth noting that, had it not been for the COVID-19 pandemic that developed in March, Jazz would have had an extended run in 2020.

“I was going to do a whole tour in 2020,” she confirmed. “But with the pandemic happening, that screwed everything up.” Currently, Jazz’s focus is on her family, including her two daughters. She glowed while speaking about them during the interview, too. Given the time she spent in wrestling, the ability to focus on her family has been more than deserved.

Born in New Orleans, Louisiana, Jazz began her professional wrestling career in 1999. She was inspired by Jacqueline Moore, a former WWE Superstar in her own right, and started to train from there. The first major organization Jazz competed for was ECW, where she debuted in July of that year. She was part of The Impact Players, a stable that consisted of such stars as Justin Credible and Lance Storm. Jazz’s most notable ECW feud was against Jason Knight. In fact, she bested Knight at Heat Wave 1999 in the first singles match of the night. She would continue to work for ECW, facing men and women alike, before departing the company in late 2000. 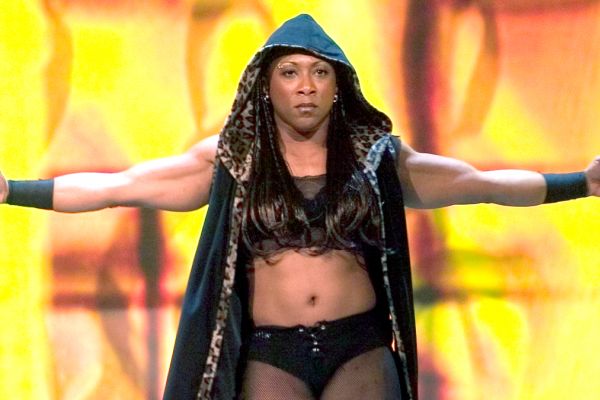 Jazz went on to work on the independent circuit, though this period was brief, as she was signed by WWE in late 2001. She debuted in the company with a bang, competing in that year’s Survivor Series pay-per-view in November. Jazz was involved in a six-pack challenge for the Women’s Championship. Though Jazz failed to win in her debut match, she would go on to become Women’s Champion twice, holding the title for a total of 162 days. She remained with WWE, facing the likes of Moore, Molly Holly, Victoria, and Trish Stratus until her release in 2004.

Once again, Jazz found herself working across various independent organizations. However, it was the National Wrestling Alliance where she would find her next major burst of success. In September of 2016, she defeated Amber Gallows for the NWA World Women’s Championship. She held the title for a staggering 948 days, defending against such opponents as Jordynne Grace, Penelope Ford, and even current titleholder Thunder Rosa. The fact that Jazz boasts the longest NWA World Women’s Championship reign in over four decades speaks volumes about her longevity, talent, and toughness alike.