For the first time in 8 months, AAW Pro is set to deliver the Chicagoland area its first independent wrestling card since the coronavirus pandemic began earlier this year. Taking place live from 115 Bourbon Street and available to purchase on Fite TV, AAW Alive will feature returns, title matches, and showcases of the vibrant women’s division in AAW. The show will follow all state-mandated social distancing guidelines, and while there are still quite a few matches unannounced, the planned card is already stacked with what will likely be a wonderful return for the premiere midwestern indie promotion. 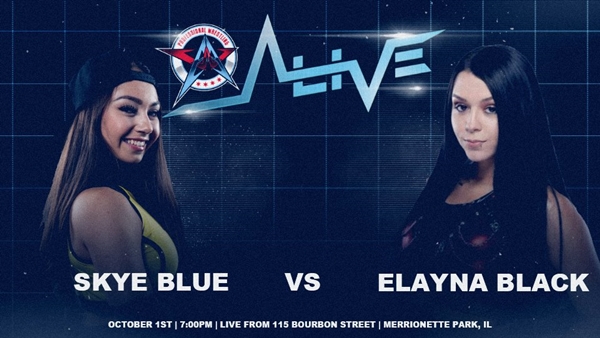 In the first of two announced women’s matches on the card so far, with the debuts of both Skye Blue and Elayna Black in singles action. With the current AAW Women’s Champion, Kris Stadtlander, out with an injury, these two new additions to the roster were direly needed as the company returns to action. While Blue has primarily competed in the midwest during her young career, Black has quite a lot of notoriety behind her, having worked all over the United States since her 2018 debut. While that may give Elayna Black an edge, Skye Blue could undoubtedly make a name for herself in one of her most important matches to date. 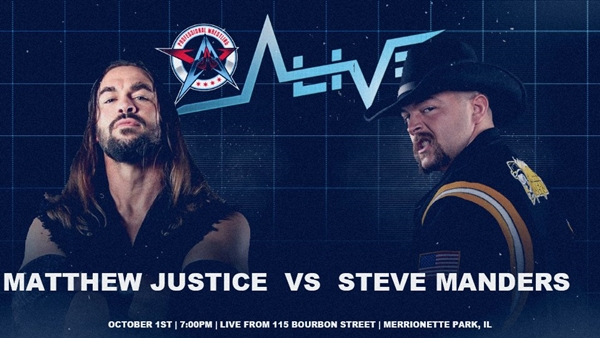 In a dark horse match of the night contender, two members of the Notorious Second Gear Crew of Game Changer Wrestling (GCW) fame will fight in only their second-ever singles matchup. The 1 Called Manders will compete in AAW Pro for the first time in well over the year against Matthew Justice, someone who is looking to end his AAW losing streak after his loss to Nick Gage back in February. While neither has truly broken out in AAW as of yet, both are very popular all over the country and will likely deliver an absolute barnburner at 115 Bourbon Street. 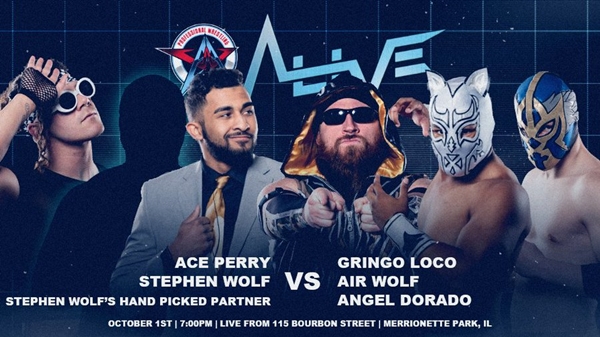 In a bit of a scramble match, Ace Perry, Stephen Wolf, and Stephen Wolf’s secret partner will take on Gringo Loco and the Flip Bros in this high action six-man tag match. Stephen Wolf has been a longtime AAW regular for the past number of years, so the prospect of him getting a new partner will likely have big implications for the tag team division as time goes on. Alternatively, This match also marks the second appearance of the young tag team The Flip Bros in AAW. Considered one of the top new tag teams in independent wrestling, their presence is undoubtedly a welcome one, even if it isn’t in a minor role. As for Ace Perry and Gringo Loco, both men have been tremendous wrestlers all over the midwest for years and will add to what is already an interesting tag team match on Thursday. 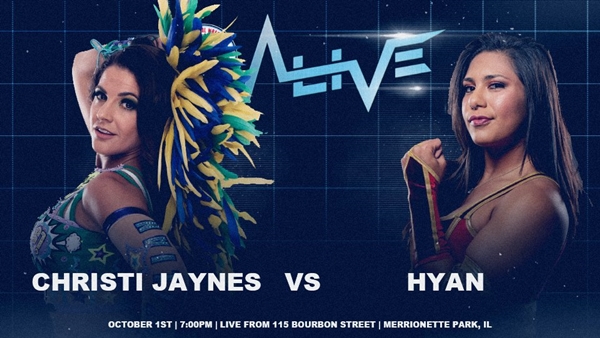 In what could be considered the more prominent women’s match on the card, two AAW regulars will meet in singles action. Texas-based wrestlers Hyan and Christi Jayne will battle in yet another match with high implications for the AAW Women’s Championship. While Hyan is yet to lose a match in AAW this year, Jaynes is no slouch, having made big impressions in her AEW outings earlier this year. This is very much Hyan’s match to win, though, as before quarantine she was the next contender for Kris Statlander’s prized championship; Will Hyan’s winning ways continue as AAW makes its long-awaited return? 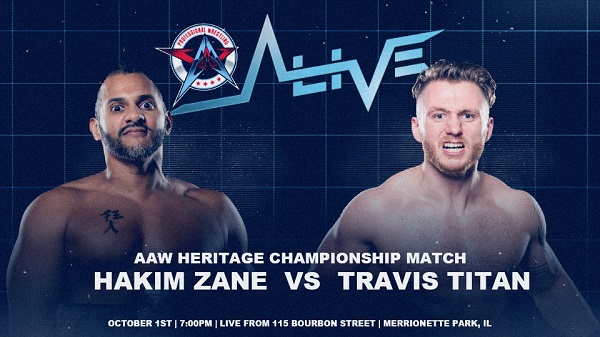 Next is the first championship match of the evening, as Travis Titan gets a major opportunity against reigning AAW Heritage Champion, Hakim Zane. Titan, in only his third AAW matchup, will look to dethrone the comparative vet in Hakim Zane who has been on a tear since his 2019 return to the company. The young Black and Brave graduate, who most recently tagged alongside Benjamin Carter back at AAW: Art of War earlier this year, is the definite underdog in this match; however, the Heritage Championship has a history of finding itself in the hands of competitors you wouldn’t expect. Could this be a coming-out party for the young Titan, or will Zane’s reign of terror as Heritage Champion continue into the autumn months? 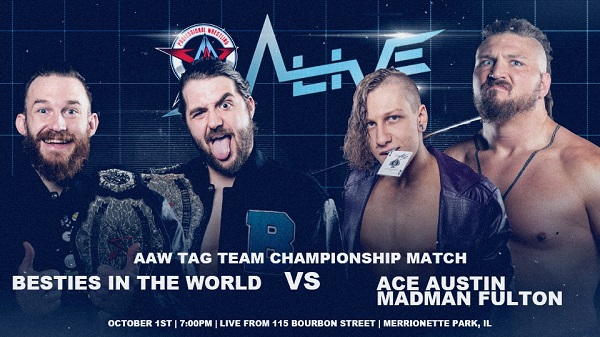 In the second of three title matches of the night, the Besties will defend their prized possessions against Ace Austin and the debuting Madman Fulton. Austin and Fulton – both of whom are most widely known as members of the Impact Wrestling – will be battling quite possibly the greatest tag team in AAW history when they meet the three-time champions in their fourth title defense of this reign. While the Besties are very clearly standing atop the AAW mountain as it currently stands, it would not come as a surprise if the Madman and the former X-Divison Champion are the ones capable of knocking Fitchett and Vega off that mountain – Maybe even for good. 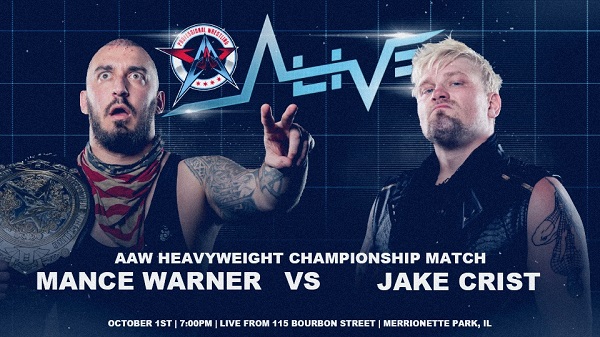 In the main event of the evening, reigning Heavyweight Champ Mance Warner will defend his gold for the third time since winning it last December. As for his opponent, Jake Crist will be competing in only his fifth singles match for the company in this title match. Regularly associated with his old oVe group, the unproblematic Crist brother has a lot to prove as a singles wrestler when he gets his biggest opportunity to date in AAW. On the other hand, Mance Warner has quickly become the face of AAW, and he will be looking to keep it that way as the company makes its big return to the public eye. At the end of the day, only one man can walk out of Bourbon Street with the Big Belt, and I have a feeling that both men are willing to die for that right.

Stay tuned to the Last Word on Pro Wrestling for more on this and other stories from around the world of wrestling, as they develop. You can always count on LWOPW to be on top of the major news in the wrestling world, as well as to provide you with analysis, previews, videos, interviews, and editorials on the wrestling world.  And make sure to check out AAW ALIVE on Fite TV