G1 Climax Day 6 offers up some more B block action with Tetsuya Naito getting his third straight main event, this time against Hirooki Goto.  EVIL is once again in the semi-main event as he takes on Toru Yano while KENTA vs Zack Sabre Jr. stands out on the undercard.  Let’s get into this preview of the card for G1 Day 6.

One would expect SANADA to come away with the win here over YOSHI-HASHI although HASHI will give things his all.  SANADA does need to rack up points and beating YOSHI-HASHI is a sensible way of getting him there.  SANADA is especially desperate to win here since he has surprisingly gone 0-2 to start the tournament

These two men fought in the G1 last year with ZSJ coming away with the win.  Since then though KENTA has changed a lot and become one of the most daunting opponents in NJPW.  Expect KENTA to get his win back here over Sabre.  Both men go in level on points and coming off of losses so it is essential that they get back on track for a win 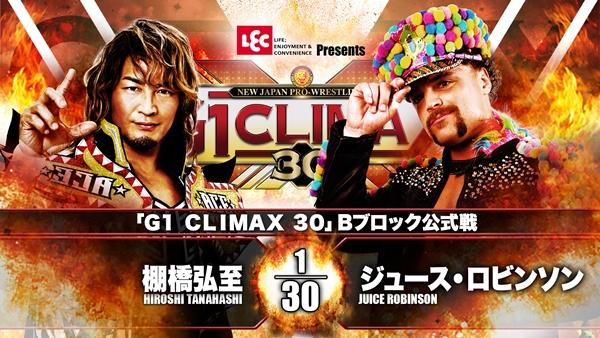 These two men have only fought once and that was back in 2018.  Tanahashi came away from that one with the win, in the semi-finals of the New Japan Cup, but since then both competitors have changed a lot.  Robinson has won multiple championships and become a rising star in the company while Tanahashi’s years of dominance have caught up with him and he is physically not where he used to be.  We expect Robinson to win here and get a big win to remind everyone of how good he is.  But, Tanahashi rather surprisingly has no points yet and he will be looking to get his tally off the ground.

Call us crazy, but this could be a Yano win.  Yano can beat absolutely anybody and EVIL needs to inevitably drop points so this seems like a perfect opportunity to have him lose without damaging his new character.  EVIL has time to pick up wins and the story of Yano getting off to a 3-0 starts is just too good not to tell 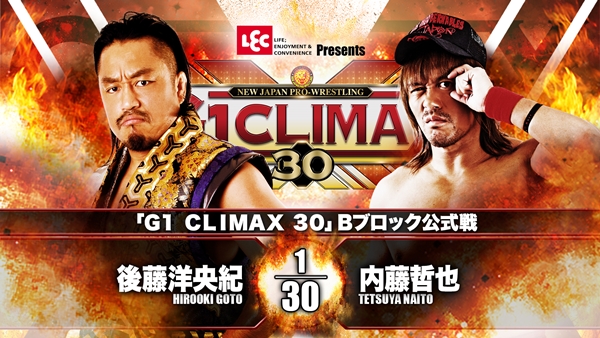 These two men have been in NJPW for a long time and thus have wrestled one another many times.  Despite that, you have to go back to 2014 to find the last time Goto beat Naito in a singles match in any kind of tournament.  We foresee this changing this year though.  Goto would be a good challenger for Naito’s titles to fill up his autumn as he heads to Wrestle Kingdom