Warrior Wrestling caps off their year with Stadium Series Show 3 as they finish their run of three-weekend shows in a row.  The Stadium Series has been one of the most stacked indie events of the past year and we are sad to see it go but it promises to go out with a bang this weekend.  Let’s not waste any time and get straight into the action 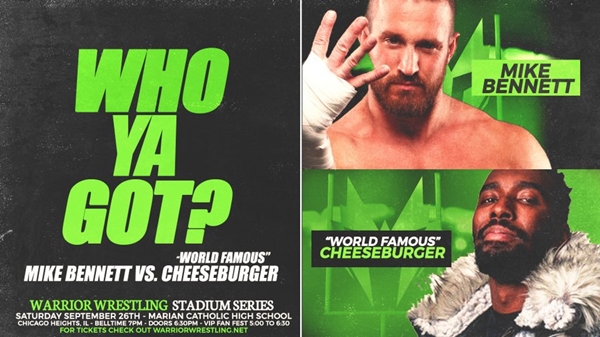 These two men go way back in Ring Of Honor but have not crossed paths for many years as Bennett has spent time in IMPACT Wrestling and WWE in recent years.  Now that Bennett is once again free he and Cheeseburger will meet once again at Warrior Wrestling’s Stadium Series. 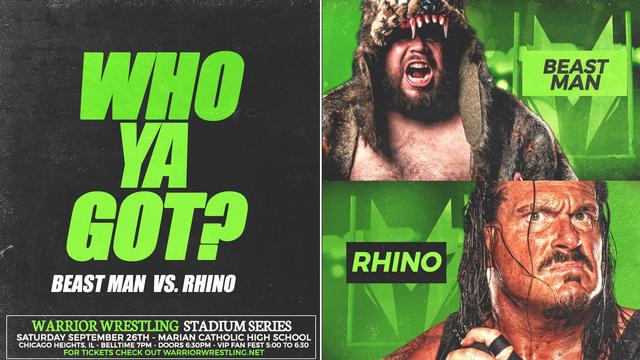 The Man-Beast Rhino takes on Beast Man here.  Rhino had spent time preparing to face Lance Archer in this one but the veteran will now need to change tactics for his new opponent.  With a name like Beast Man you just know his opponent is a powerhouse who will give Rhino a run for his money.  But as always if Rhino can hit the Gore it will be game over for the beast. 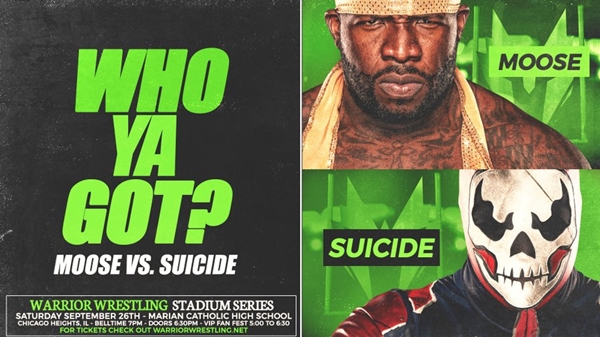 Moose was set to defend his TNA Championship against Suicide but as many know EC3 has been in possession of the belt for some time now and Moose has not been able to get it back.  Suicide will want to take Moose out title or not as Moose has been insulting TNA’s legacy all year. 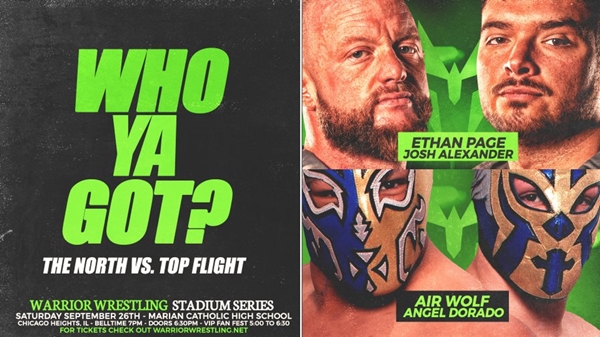 Update (Ethan Page will not take part in this show.  A replacement has yet to be announced)

A clash of styles here as up and coming indie tag team the Flip Bros take on the longest-reigning IMPACT Tag Team Champions of all time.  Alexander and Page don’t fly but they do work together like a well-oiled machine and really exploit Alexander’s strength as a wrestler.  The Flip Bros who have traveled the world and been making a name for themselves will need to be at their best if they want to upset the IMPACT duo. 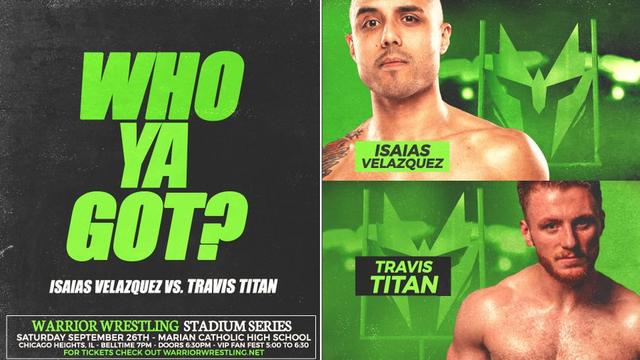 Freelance Wrestling fans will recognize Velazquez who is a two-time Freelance World Champion.  He has been plying his trade in Chicago for some time now and is a well known name in that scene.  Black & Brave trainee Titan has yet to make a name for himself with only rare appearances for AAWPro standing out in his resume but that will make him all the more desperate to steal the show and the win in this one. 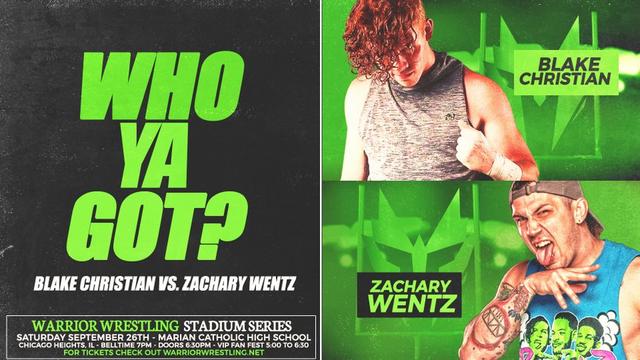 Rising star Blake Christian was originally preparing to take part in a four-way match here at Stadium Series Show 3 but he now faces a tough challenge in Zachary Wentz.  Wentz has the experience edge and has performed all over the world which has helped him hone his craft and become a very dangerous competitor who doesn’t need to rely on his high flying. 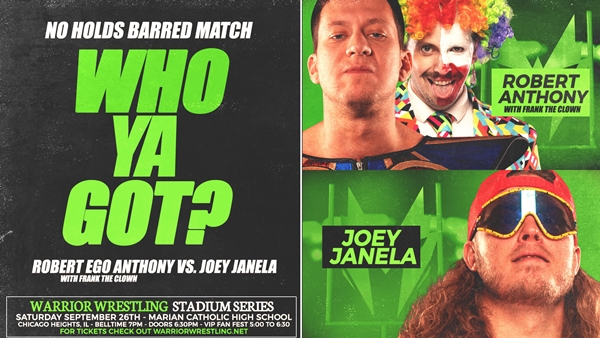 Frank The Clown and Janela have a lot of bad blood between them but instead of facing up to the challenge himself Frank is using Robert Anthony to deal with Janela.  This weekend at Stadium Series Show 3 they will meet in No Holds Barred action, a stipulation which is likely to play right into the hands of the “bad boy”. 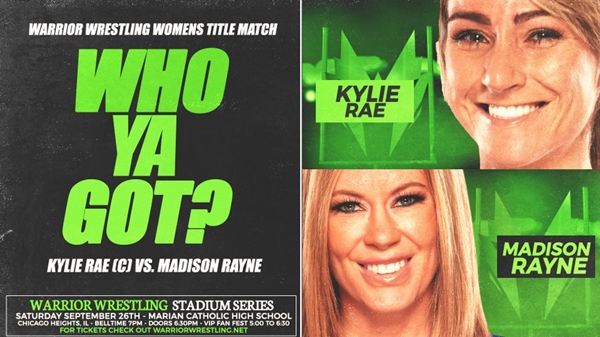 Madison Rayne competes in her last independent wrestling match ever and she aims to go out on a high as she takes on Warrior Wrestling Women’s Champion Kylie Rae.  Rae won the championship on night 1 from Tessa Blanchard but now must take on the decorated Rayne who is a multiple time TNA Knockouts Champion.  Both women are sure to leave it all in the ring this weekend as they battle for the women’s title. 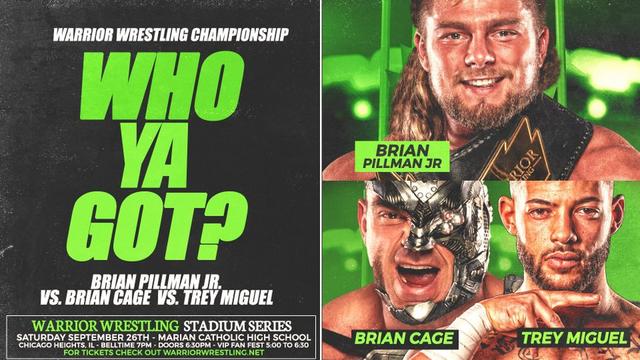 Stay tuned to the Last Word on Pro Wrestling for more on this and other stories from around the world of wrestling, as they develop. You can always count on LWOPW to be on top of the major news in the wrestling world. You can watch Warrior Wrestling’s Stadium Series Show 3 live on FITE.tv.