This weekend we have the final of the Stardom 5STAR Grand Prix as Stardom heads to Korakuen Hall once again with both blocks still alive.  The Red Stars block has four people still alive going into the final day while the Blue Stars block has 3.  Let’s get into the preview of the show as we breakdown what could happen. 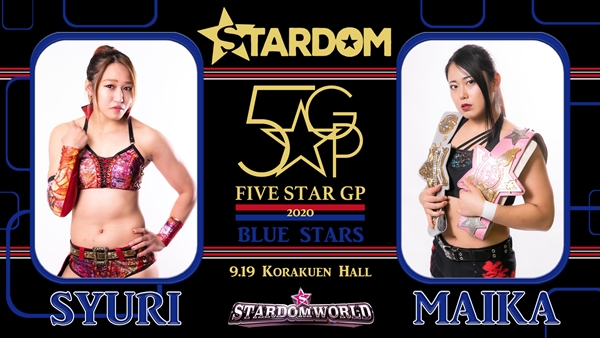 The only two women with two matches remaining clash on the final day of block action although only one is still able to win.  Maika shockingly is neck and neck with Utami Hayashishita and Momo Watanabe to win the block and with two matches on the final day, her fate is in her own hands.  For Maika it’s simple, win both matches and she wins the block but that’s easier said than done as she has to fight her stablemate Syuri who will not simply lie down for her stablemate.  This match opens the show to give both ample time to recover for their second matches.  Syuri needs a win to stay alive in her block and we think she will get it here to build some tension for her second match. 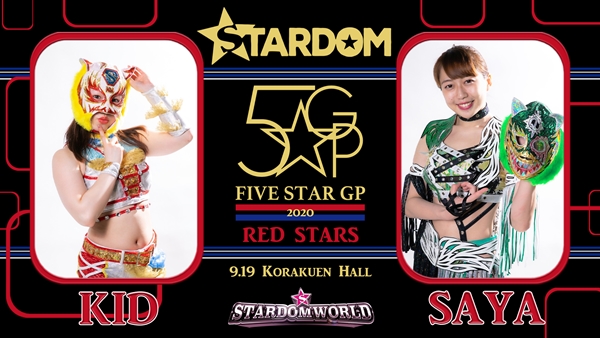 Both are eliminated from the tournament but there is always pride at stake as two women who are considered the future of Stardom compete.  They currently occupy the bottom two spots of the block and Kid will want to win here to avoid finishing last in her debut GP. 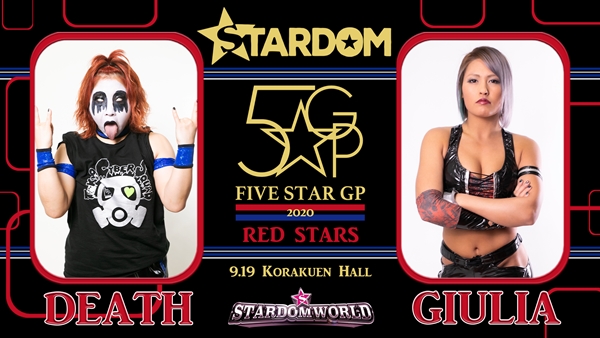 Also eliminated are Giulia and DEATH-San they occupy the two slots just above Kid and Kamitani.  Giulia will want to avoid embarrassment and win here otherwise she will finish below DEATH in the table. 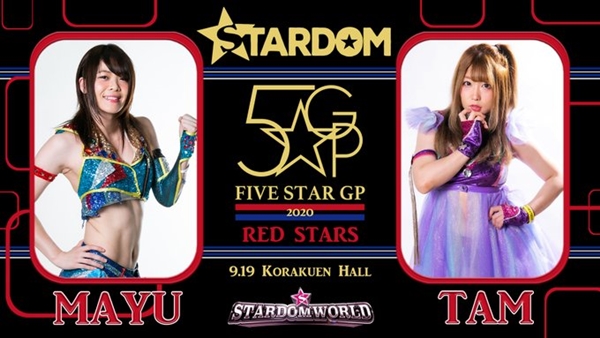 The winner of this match eliminates their opponent and puts themself into a prime position to win the block.  If Nakano wins she goes to 10 points in her block and would go 2 points clear of Konami who she also holds a tiebreaker over.  If Himeka were to finish with 10 points and Nakano wins then Himeka would have the tiebreaker advantage.  If Iwatani wins the script flips as she holds a tiebreaker win over Himeka but lost to Konami.  Neither woman will have time to worry about that though as their attention has to be on winning this match to stay alive in the tournament. 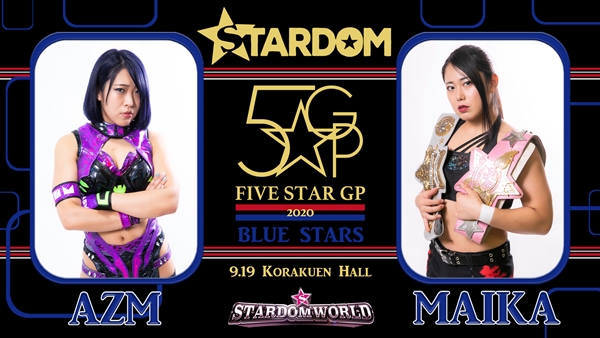 The Future Of Stardom champion meets the High Speed champion in this important matchup.  If AZM can stop Maika then she gives her stablemate Utami Hayashishita a clear path to winning the block but with only 4 points to her name in this tournament the momentum advantage goes to Maika.  That said, AZM would love nothing more than spoiling things for a DDM member and handing the potential win to her QQ stablemates. 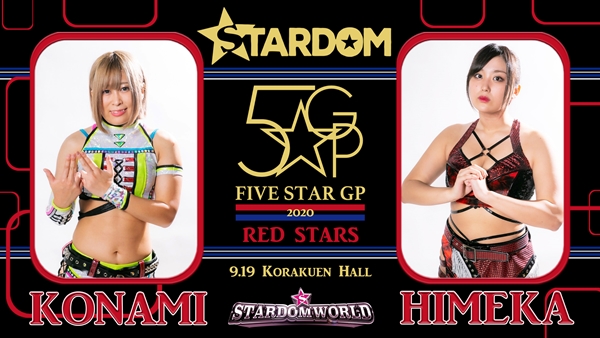 The two frontrunners to win the Red block clash in a one on one contest to get to the finals of the 5STAR Grand Prix.  Himeka has a simple path to block victory she merely needs to win and she will be out of reach of everybody else regardless of who wins the Iwatani vs Nakano match.  Konami has to rely on Iwatani winning against Nakano and then also win herself if she wants to get through.  In the event of a draw, Himeka would need Nakano to win to go through.  If we had to make a prediction we give the edge to Himeka as Konami was in the finals last year and Nakano maybe isn’t at the level of winning a block yet.  Iwatani is a wild card but the champion making it to the final and either winning or losing would have some ramifications. 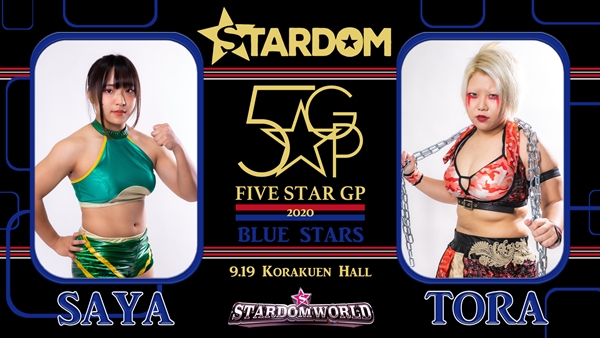 There’s nothing at stake here but the story of Iida getting 0 points would be an interesting one.  Iida has failed to win any matches in the tournament so far and on the last day she faces her former J.A.N stablemate and current Oedo Tai leader Natsuko Tora.  While Tora has spent most of the tournament intentionally getting disqualified something tells us she’d like being the cause of Iida finishing the tournament with no points. 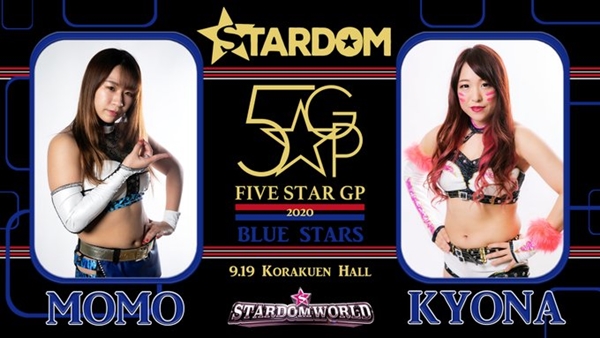 Surprisingly neither woman is in contention to win their block going into the final day as although Momo has 7 points and is just 2 behind Utami the extra match for both Maika and Syuri means that she isn’t able to get through.  With a big match coming up we see Kyona beating her former tag team partner and getting some confidence ahead of the big captains fall match with Oedo Tai 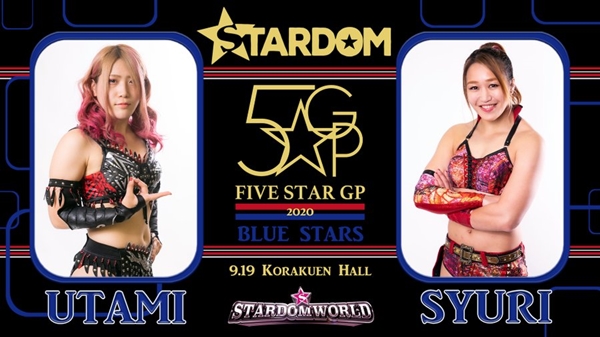 For Utami Hayashishita the goal is simple.  Win this match and hope that Maika drops points.  With 9 points she is ahead of Maika by 1 single point and given Maika has to wrestle twice we expect her to drop some points on the final day.  If that happens Hayashishita will likely still need to beat DDM’s Syuri who until recently had not suffered a singles defeat by pinfall or submission in Stardom (unfortunate circumstances forced Syuri to forfeit a match which has taken her out of contention).  Depending on the result of the opener Syuri could still be in contention to win the block going into this match and that result would see her needing to win also.  If we had to make a prediction we see Utami Hayashishita emerging as the block winner. 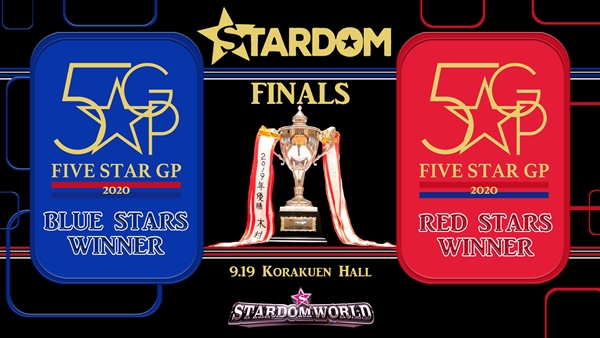 With our predictions we would get a final between Himeka and Utami Hayashishita which would see Queen’s Quest and Donna Del Mondo take their feud to a new level.  Hayashishita winning the tournament and beating the first woman to get a singles win over Giulia in Stardom would be a big moment for her too especially if she then challenged for the Wonder Of Stardom Championship.