With new IMPACT World Champion Eric Young back at the top of the mountain will we see any more power shifts this week on IMPACT! On AXS TV?

IMPACT is TOMORROW at 8/7c on @AXSTV! #IMPACTonAXSTV pic.twitter.com/9MDW7zabCI

After tasting victory against Ace Austin & Madman Fulton on last weeks show, The Rascalz were swiftly offered a title shot by MCMG who have been impressed with their recent performances.  This will only be the second title defense for Sabin & Shelly since winning the belts back in July.  The two teams last met at Slammiversary when MCMG picked up the win after returning to IMPACT for the first time in eight years.  Can they make it two for two against the Rascalz? Or will Dez & Wentz be taking some gold back to the treehouse? 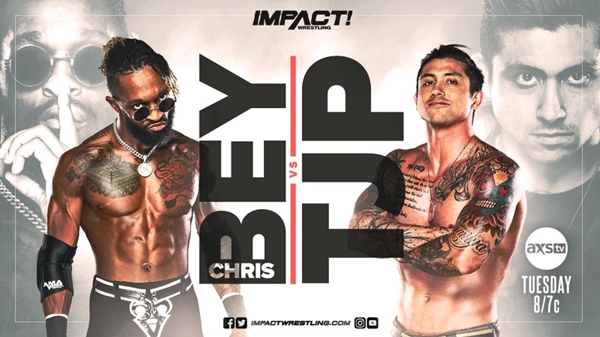 Last week we saw TJP looking for a title shot against X Division Champion Rohit Raju but he was informed as Bey still had his rematch clause he would need to get rid of him first before getting a shot at the gold.  This match is sure to be a fast-paced high flyer with both men keen to showcase what they can do as potential future X Division Champions.  Bey hasn’t tasted victory since his title defense against Willie Mack back in July, meanwhile TJP is looking to get his singles career back on track having spent the majority of 2020 plying his trade in the tag division.  Can Chris Bey get back on track?  Or can TJP re-establish himself as a mainstay in the X Division? 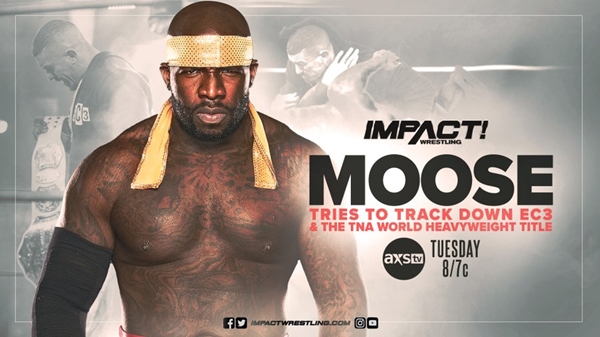 Moose will continue to search for his TNA Heavyweight Championship and EC3 on this weeks episode.  Will he find his treasured title and the former champion?  Or will EC3 continue to taunt him and keep his promise to send it to him in pieces? 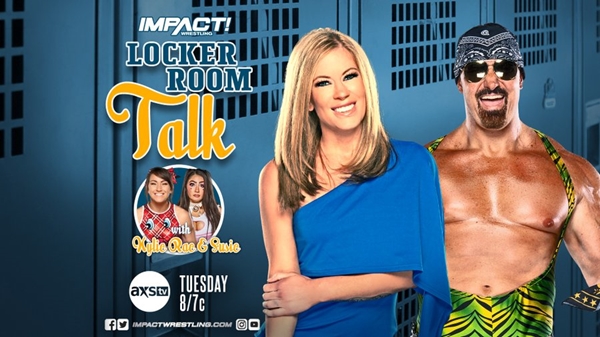 This weeks show will have an interview with Kylie Rae and Susie on their return from Wrestle House where they will hopefully lay out what their plans are going forward.  Rae is the number one contender for Deonna Purrazzo and her IMPACT world title but Kimber Lee has stuck her nose in Rae’s business recently.

Could we see Heath Miller return again and try to sneak past security?

Is new IMPACT World Champion Eric Young going to be in the building?

With the closure of Wrestle House will we see an influx of talent return to the ring?

Tune in tonight to find out!