For some unknown reason, WWE has felt it was necessary to follow SummerSlam with a pay-per-view one week after. That PPV happens to be Payback, a necessary name for a show following a big-time SummerSlam event last weekend. The card is an interesting one with a number of first-time matches worth the price of admission and a massive main event to take the cake. Here’s the preview. 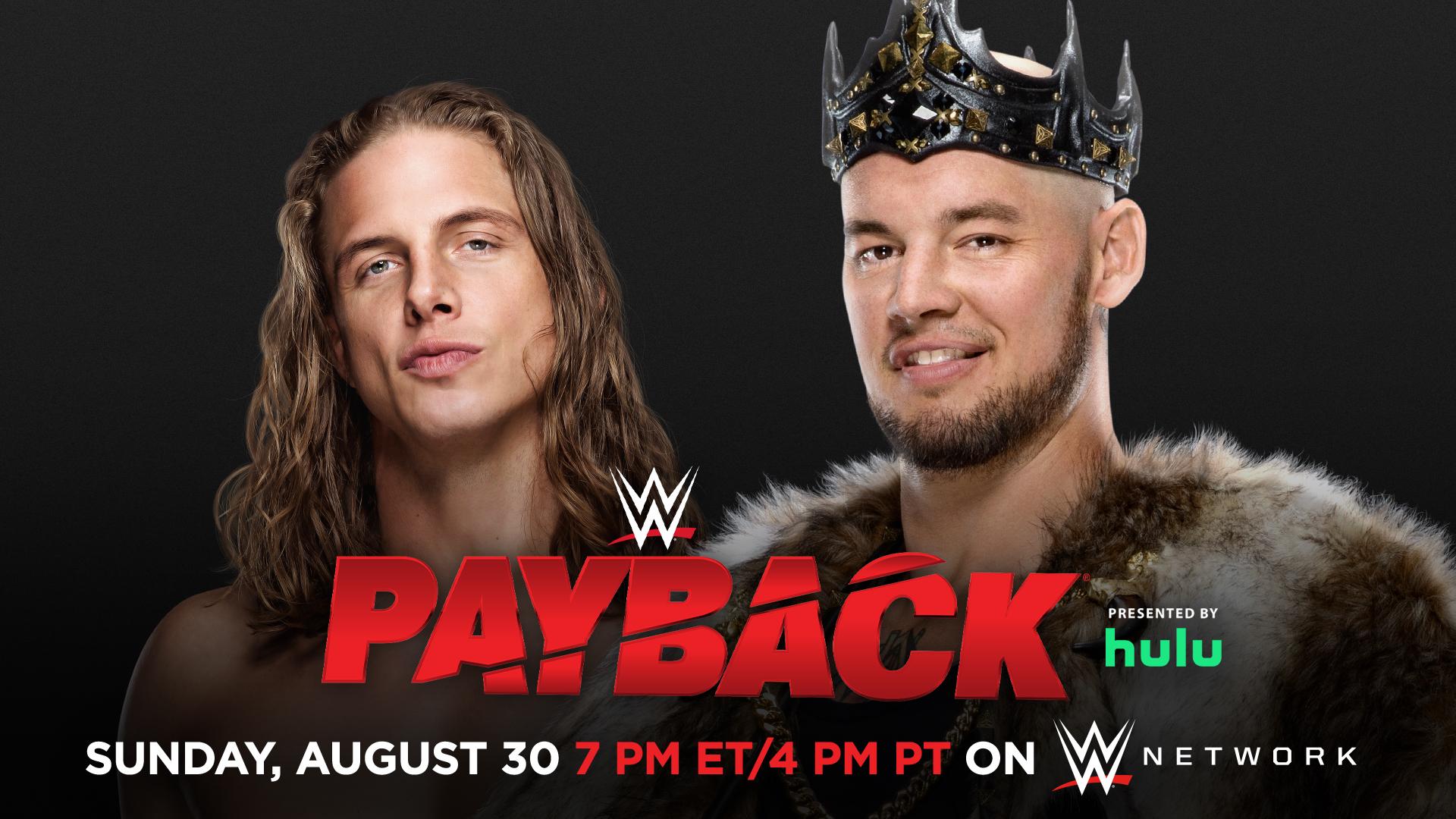 Matt Riddle and King Corbin have been at each other’s necks for some time now and they will finally face off this Sunday at Payback. Corbin put a “King’s Ransom” on the head of Riddle to try and take him out. Shorty G answered that call but failed every time. On Sunday, it’s Riddle’s chance to get his hands on Corbin once and for all in his first WWE PPV match. 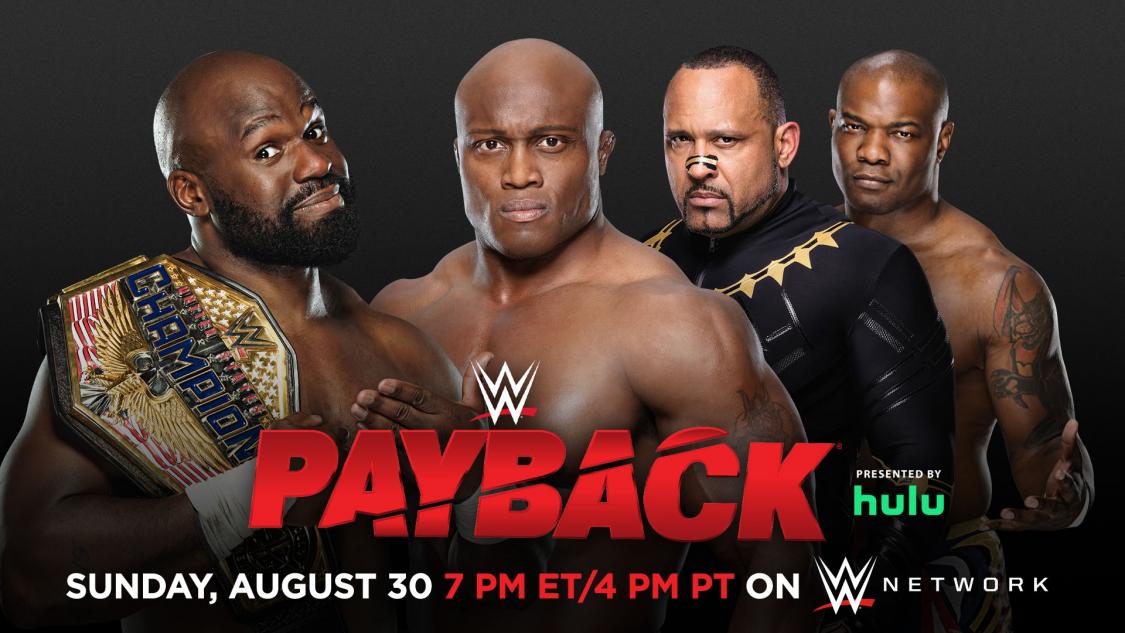 The time has finally come. After MVP attempted (and failed) to capture the United States championship on multiple occasions, Bobby Lashley of The Hurt Business gets to step up. And there’s a good chance that Bobby and his Full Lashley submission walk out as the new champion. Apollo Crews has done an excellent job of being the champion and putting on some good matches, but there’s a good shot this will be the end. It is Lashley’s time. 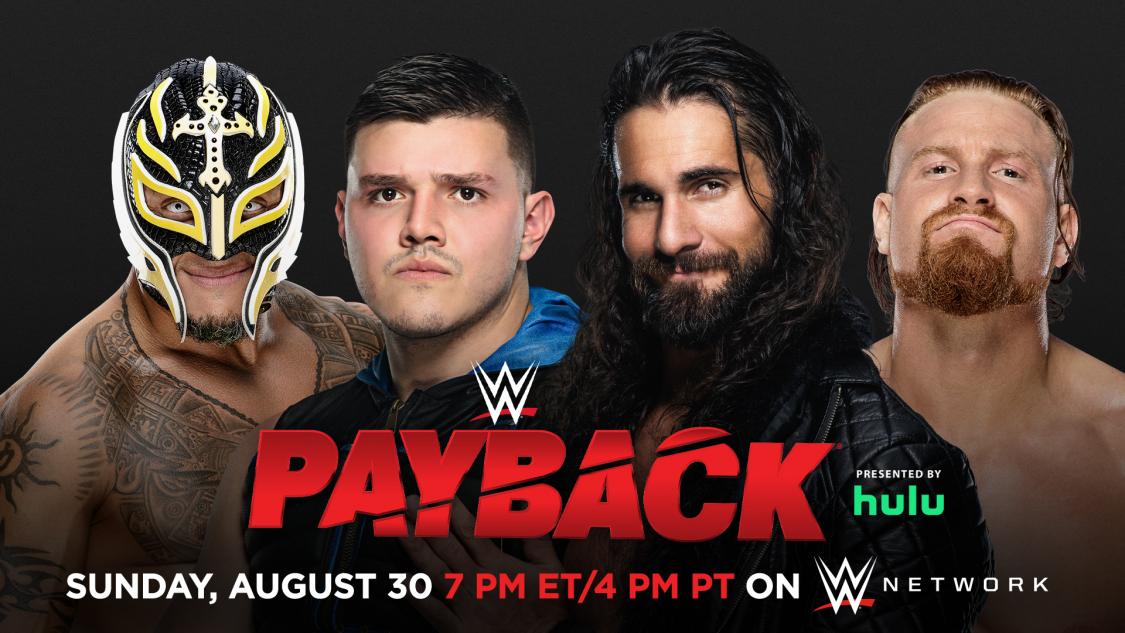 Rey Mysterio and Dominik Mysterio had their chance this past Monday night to defeat Seth Rollins and Murphy before they were interrupted and attacked by RETRIBUTION. Now, the rematch has been made as Dominik will get the third match of his career within the week. The tag team match has a legitimate chance to be the best match on the show after Dominik dazzled in his debut against Rollins at SummerSlam. Can the Mysterio’s get their payback… at Payback? 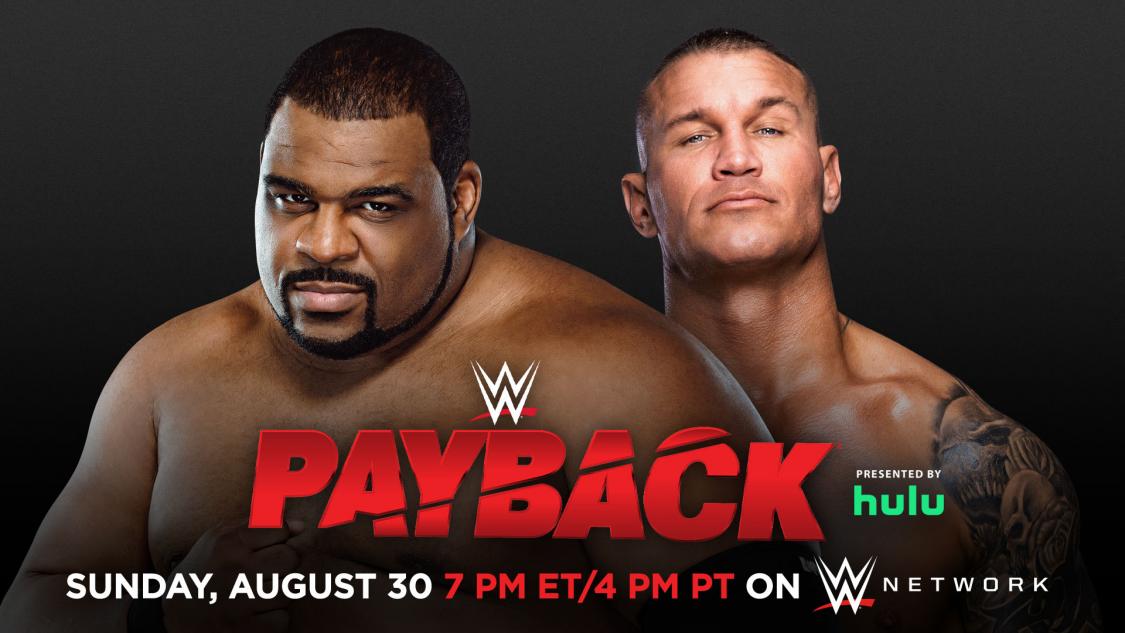 It’s time to Bask in the Glory of Keith Lee. Whether you hated Lee’s change of music and in-ring attire, one thing that cannot be denied is Lee’s incredible debut as he confronted Randy Orton on his first night. After Drew McIntyre interfered in the match and was eventually kicked Lee in the head for a third time on Monday night, Lee decided it was time for him to get revenge for his friend. So at Payback on Sunday, Lee’s first PPV match will come six days after his debut against one of WWE’s long-term cornerstones of the past two decades. Lee vs. Orton will have all the eyes on them this Sunday. 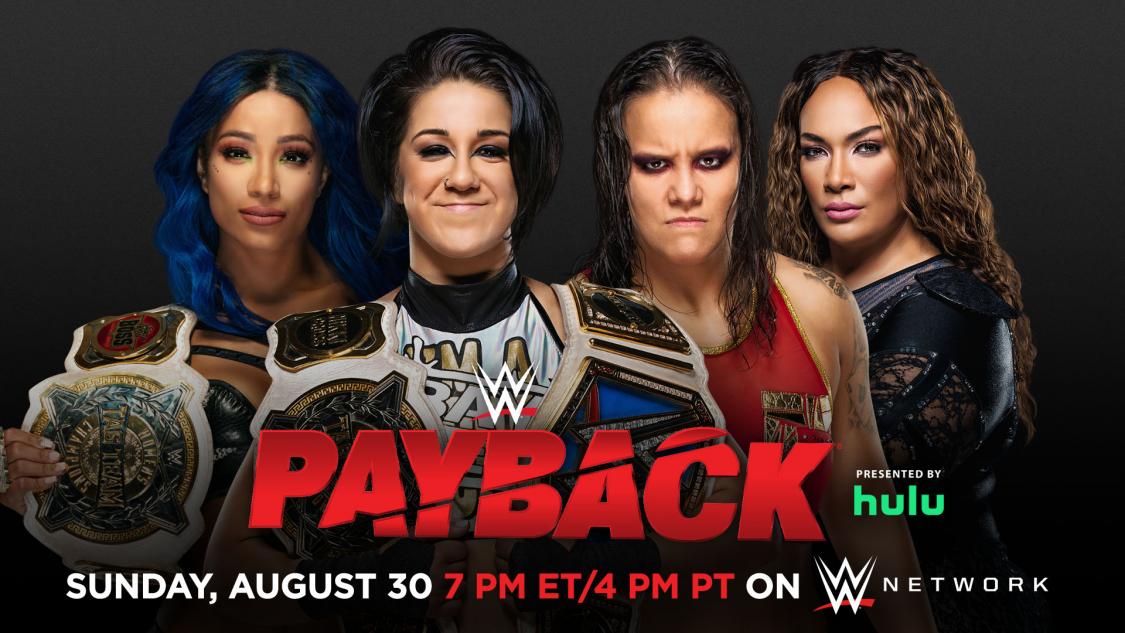 The WWE Women’s Tag Team Championships have been in great hands since Bayley and Sasha Banks defeated Alexa Bliss and Nikki Cross for the titles. They will now take on their toughest foes IF those foes can become a true team. Shayna Baszler and Nia Jax have been feuding for weeks but after Bayley attempted to use Jax as a distraction to Baszler, they decided it was time to team up together and go for the gold. The last time we saw them interact, Baszler slapped Jax across the face. An interesting duo that could be the most dominant team if they appreciated each other’s talents. Bayley and Banks’ relationship could only falter more after this one.

Universal Championship: “The Fiend” Bray Wyatt (c) vs. Braun Strowman vs. Roman Reigns in a No Holds Barred Match 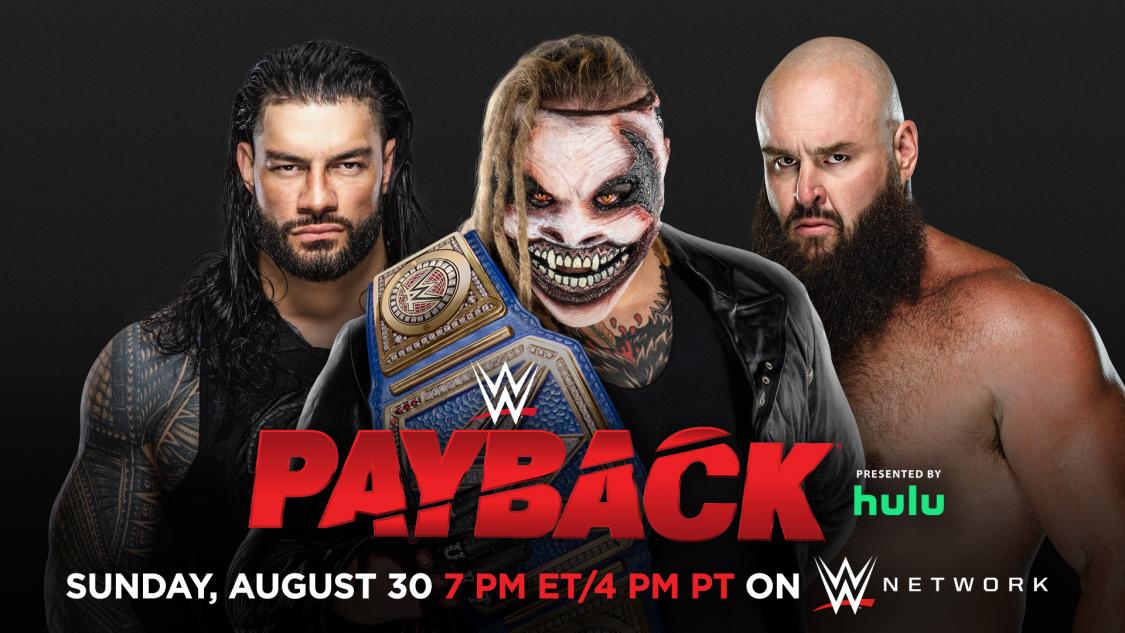 Roman Reigns is a new man, ladies and gentlemen. Last Sunday, he returned to WWE with a new attitude and took out both “The Fiend” and Braun Strowman to instantly enter himself back into the Universal Championship conversation. Then on SmackDown, he shocked everyone when he revealed that Paul Heyman is seemingly now his advocate. Everything seems to be in favor of “The Big Dog” who promises to “Wreck Everything & Leave.” Of course, the new champion Wyatt and former champion Strowman will do everything in their power to stop that.