Stardom Quest is a weekly Stardom podcast from Alex Richards and Dylan Murray, also known for Victory Through Guts: A Joshi Podcast, the two will offer insight, reviews, and previews on the current Stardom product.

Due to Stardom being forced to cancel their remaining August events the two have been forced to get creative and for episode 2 they are giving some late Joshi half-year award nominations.

“In this episode Alex and Dylan deal with the cancellation of Stardom’s August events by doing their Joshi half year, not quite half year, but still kind of half-year awards.  They each give their picks for Wrestler Of The Year, Match Of The Year, Promotion Of The Year, Tag Team Of The Year, Moment Of The Year, Most Improved performer, Best Promo, and a guilty pleasure match that they enjoyed but wouldn’t recommend to others.  Dylan’s dogs chime in on occasion so listen to see who they like/dislike.

The amazing show art is courtesy of @KHsNotebook

Also, listen to Dylan and Alex’s other podcast @VTGPod which is all about the legendary All Japan Women’s Pro Wrestling which is also available on the Dragon Suplex Podcasting Network”

The podcast is available through the Dragon Suplex Podcast Network which can be found on Anchor, Spotify, iTunes, among others. 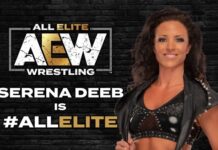 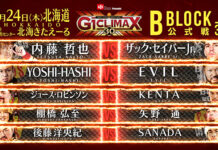