After an exciting and newsworthy first night of Emergence, IMPACT Wrestling presents Emergence Night 2 which will be headlined by the first-ever Knockouts Championship IronWoman match between Deonna Purrazzo and Jordynne Grace. 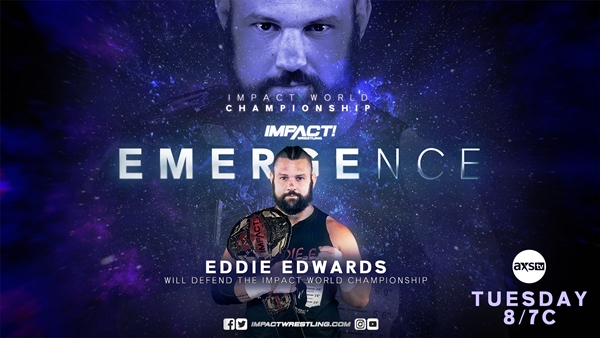 Since winning the IMPACT World Championship at Slammiversary Eddie Edwards has been nothing but a fighting champion.  He has taken on all comers and defended his title proving that he is the top dog in IMPACT.  He currently has his eyes set on Eric Young after Young destroyed Rich Swann in two heinous assaults.

We Find Out Why EC3 Stole The TNA Championship 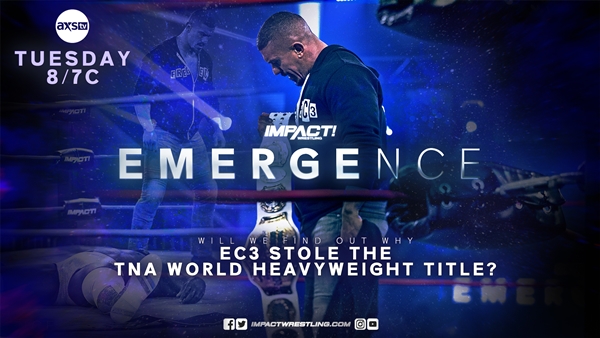 Ever since his return to IMPACT EC3 has been intent on controlling his narrative and destroying the past.  This has come in the form of his obsession with Moose and the TNA World Heavyweight Championship.  Now that the title is in his possession we can only imagine what he will do to it. 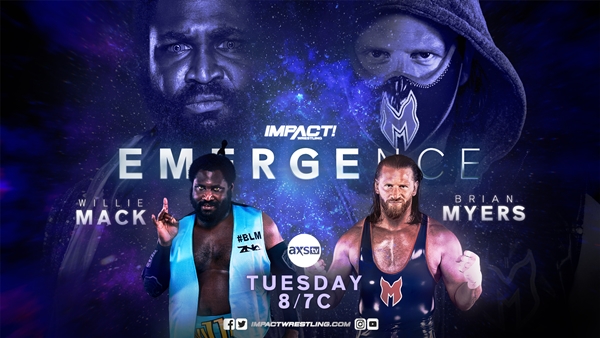 Willie Mack has not had a good time lately.  First he lost his X-Division Championship at Slammiversary, then he saw his friend and former tag partner Rich Swann taken out of commission.  So to say he was on edge when Myers interrupted his interview is an understatement.  Myers paid for his interruption and now the two will fight on Emergence Night 2.

These two women stole the show at Slammiversary as they delivered a match that many considered to be match of the night (except Dave Meltzer but he’s wrong).  The match solidified Purrazzo as the star of the KO division and now the two will do battle in a first time ever ironwoman match to once again prove that they are two of the best women’s wrestlers not only in IMPACT but in all of wrestling.  The stipulation would seem to suit Purrazzo and her calculated approach but one can never count out Grace

Stay tuned to the Last Word on Pro Wrestling for more on this and other stories from around the world of wrestling, as they develop. You can always count on LWOPW to be on top of the major news in the wrestling world, as well as to provide you with analysis, previews, videos, interviews, and editorials on the wrestling world. IMPACT Wrestling fan? You can check out their streaming service, IMPACT Plus for access to their library, and special IMPACT Plus only events.