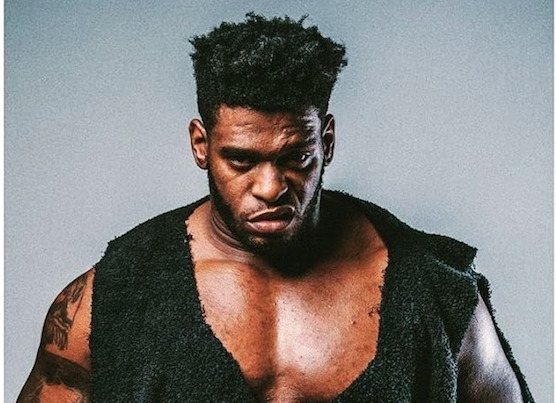 Indie Watch is our regular series that looks at all of the amazing talents working the independent circuits around the world. Some are veterans revitalizing their careers, some are indie prospects hitting their peaks, while others are names to be on the watch for! This edition looks at a longtime West Coast veteran who has finally found the national television platform as a regular on AEW DARK, “The Embodiment of Will Power”, Will Hobbs.

In the past few years, Game Changer Wrestling (GCW) has done pretty well discovering regional indie stars who are mostly unknowns and giving them a national platform to make them go viral, with such stars as NXT’s Jake Atlas, IMPACT’s Chris Bey, and AEW’s Jungle Boy and Marko Stunt. But since the pandemic travel restrictions affected travel for many main roster stars, All Elite Wrestling has been utilizing scores of regional indie stars on AEW DARK, giving most of them the most high profile opponents of their young careers. Several of them, such as Preston Vance (aka Dark Order #10), Anna Jay, Alan Angels (aka Dark Order #5), and Abadon all joining the company fulltime. Another of AEW’s recent indie stars has been a 10-year veteran of the West Coast indie circuit in Will Hobbs.

Will Hobbs trained at the APW Boot Camp under trainers Michael Modest, Donovan Morgan, and Frank Murdoch, and made his debut with All Pro Wrestling (APW) in July of 2009 in a Battle Royal for the #1 Contendership for the APW Worldwide Internet Championship. Performing under the name Will Rood, he was used sporadically as he trained, but it wouldn’t be until 2012 that Hobbs would become a regular performer with APW.

In 2012, he also began to work outside of APW and test the waters in other West Coast promotions, like Pro Championship Wrestling (PCW), Sacramento Wrestling Federation (SWF), Gold Rush Pro and Supreme Pro. But he remained one of APW’s top stars, gaining momentum every year. He won the APW Worldwide Internet Championship twice that year and won the PCW Tag Team titles with Mitch Valentine in The Dream Team.

By 2016, he had changed his moniker to Will Hobbs, but his star in APW and the West Coast just continued to shine. He won Championship Wrestling From Hollywood‘s UWN Tag Team Championships with Damien Grundy in Cold Cold World, and over the years added another APW Worldwide Internet title and three runs as APW Tag Team Champion alongside Marcus Lewis in Lion Power.

In 2018, he began working with San Francisco’s West Coast Pro, picking up huge wins over the likes of MLW’s Hammerstone, IMPACT’s Trey Miguel, and 2019 US indie MVP Chris Dickinson this past November. This January, he defeated former GCW World Champion AJ Gray. But after 9-years it was starting to look like Hobbs was going to end up another West Coast veteran who never made it to television. But in July of 2020, all that changed, and suddenly it felt like when another long-overlooked West Coast superstar named Scorpio Sky made his debut with Ring of Honor in 2017.

His AEW debut was a rather short-lived 13-seconds match against Orange Cassidy on July 7 on AEW DARK, followed a week later in a 6-man tag team loss against The Dark Order, where Hobbs was paired with Joe Alonzo and Shawn Dean. While he failed to win once again on July 21’s loss to Ricky Starks, Hobbs was finally allowed to breathe a little more and show some of his skills to a national audience on a major platform.

There’s no guarantee that Will Hobbs’ appearances will result in an AEW contract like other stars who have appeared on AEW DARK, but you can be sure that he’ll have found a plethora of new fans who can hopefully expand Hobbs’ presence in the US indies beyond the California indie scene.