This Sunday IMPACT Wrestling returns live on PPV with a huge Slammiversary that has been the buzz of the wrestling world, ever since they teased the arrival of multiple free agents, both from WWE’s Black Wednesday and elsewhere in the wrestling world. On Tuesday, IMPACT will have it’s go-home show as the stories have all lined up for this mega-event on Sunday. 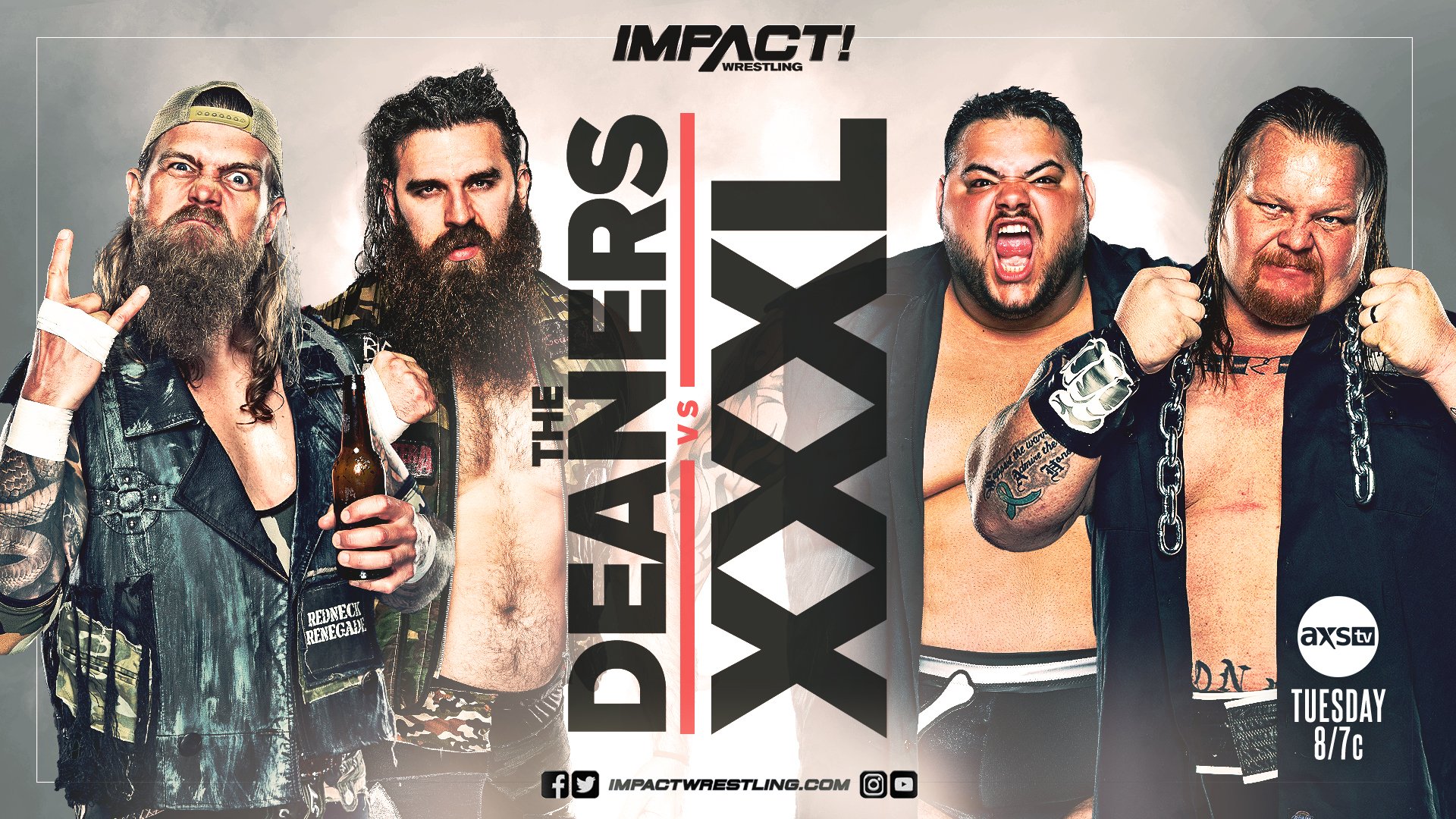 While neither of these teams has a fight at Slammiversary, both teams are very much jockeying for a position in the tag team division and will be looking to get into that #1 Contenders spot to face the winner of Sunday’s World Tag Team title match. The Deaners won a four-way battle last week, and this week faces XXXL in a straight tag match. XXXL has been impressive since their debut late last year, but are still struggling to find momentum. A win over the Deaners could help that. 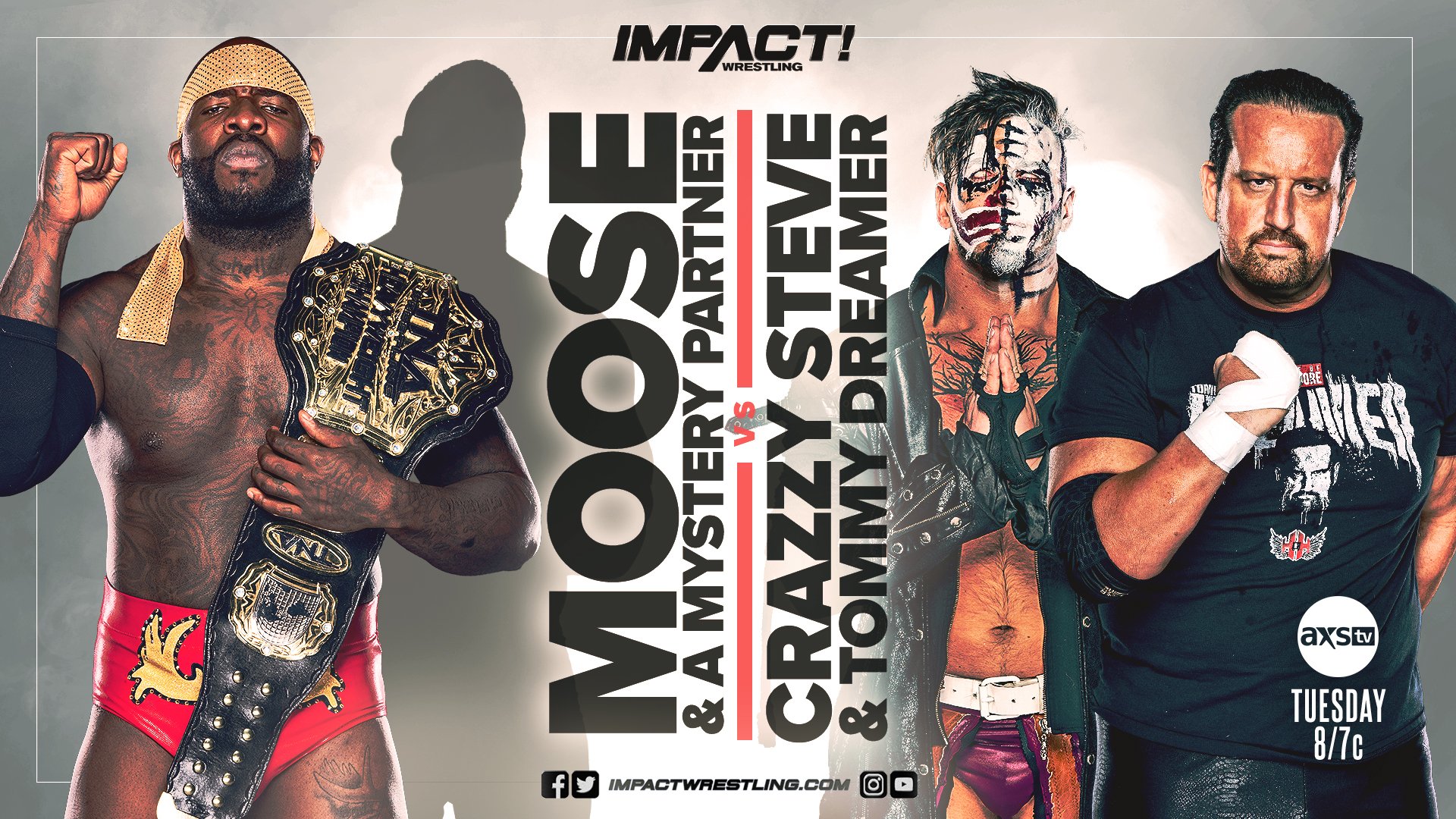 Moose has given Tommy Dreamer a shot at his “real World title”, the TNA World Heavyweight Championship (that’s still not officially sanctioned by IMPACT Wrestling), this Saturday, July 18 after Tommy Dreamer’s emotional promo in the ring two weeks ago. They collide in tag team action on Tuesday night, as Dreamer aligns with Crazzy Steve, but Moose has yet to announce his tag team partner, as the TNA World Champ continues to play mind games with the Innovator of Violence ahead of Slammiversary. 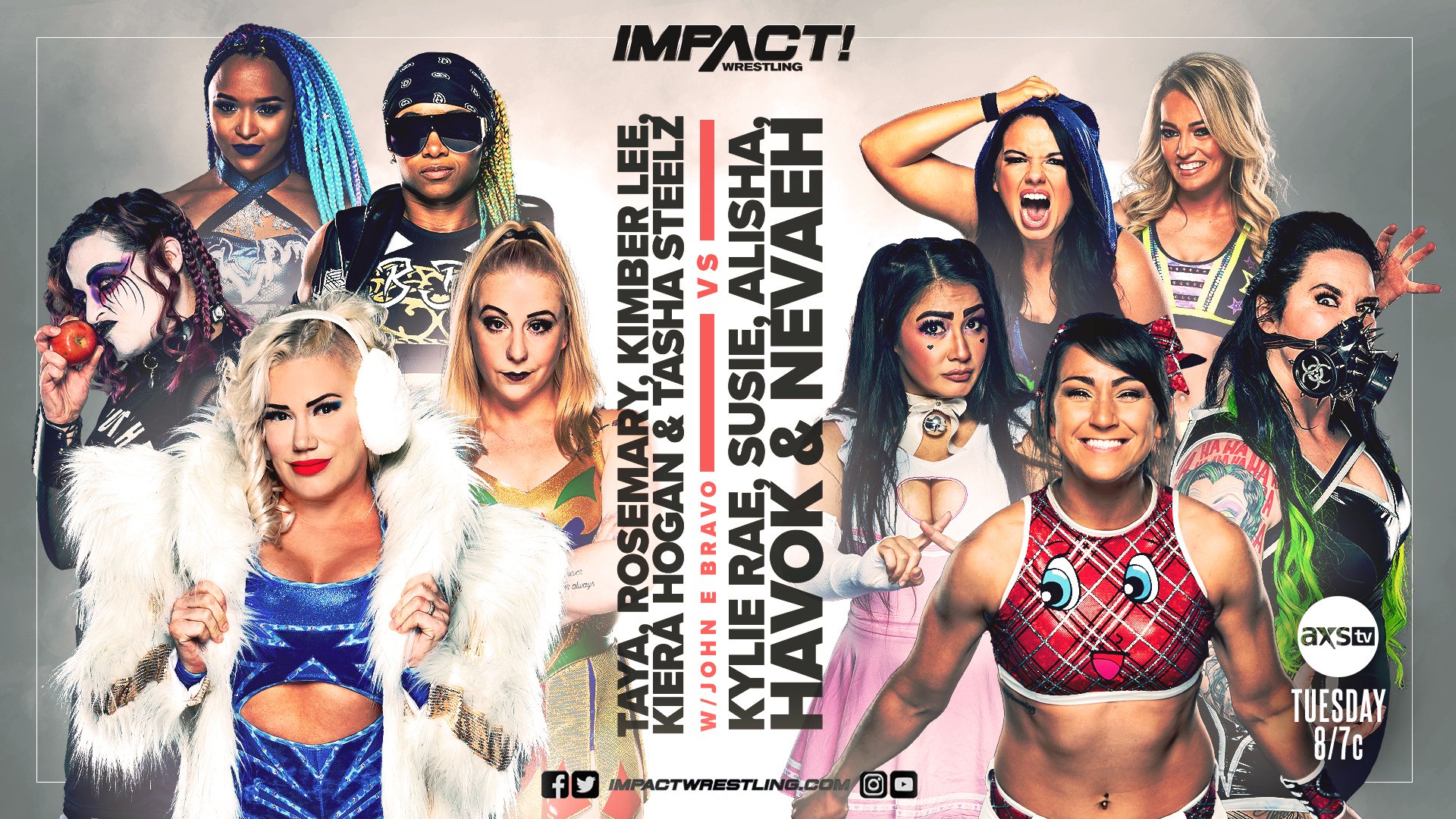 A massive 10-Knockout tag team match ahead of this Saturday’s huge gauntlet match to determine the new #1 Contender to the Knockouts Championship. A lot of friction in this one, even amongst teammates, don’t expect this one to get too technical. Taya Valkyrie and Rosemary have had their issues with Kylie Rae and Susie of late, while Tasha Steelz & Kiera Hogan have their eyes set on Havok & Nevaeh, while Kimber Lee also has a score to settle with the latter two. This one will all be about softening up their opponents for Saturday, so this will be pure chaos. 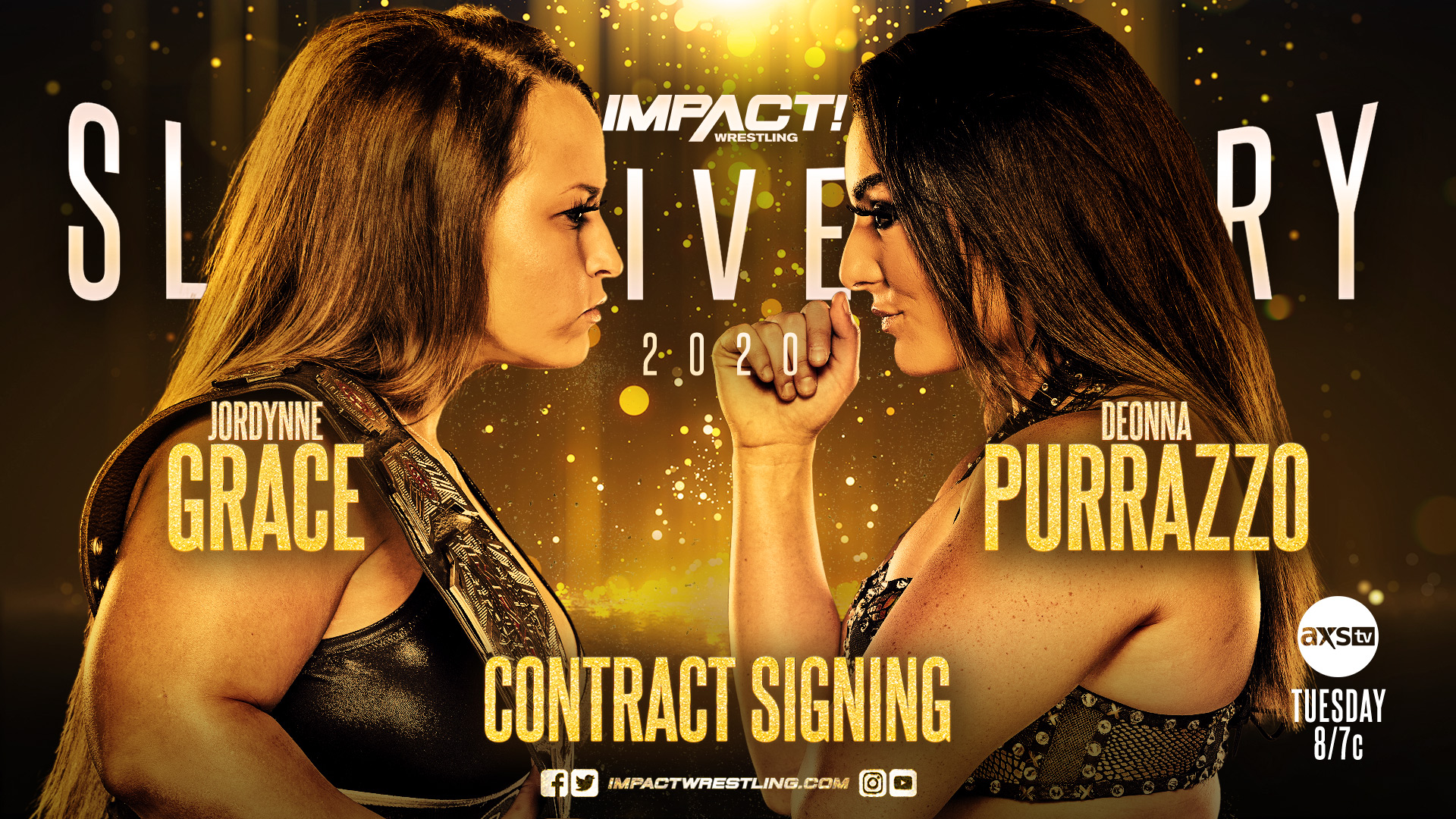 Deonna Purrazzo has had her eyes set on Jordynne Grace – and more specifically her IMPACT Knockouts title – ever since she arrived in IMPACT at the end of May. Since then, she’s become a constant threat to Grace’s well being and groomed to become a star, and on Tuesday night they will sign their contract for Saturday night. Contract signings in wrestling? It’ll be smooth sailing, right?