He fought for World Championship Wrestling (WCW) during the Monday Night Wars, bled for his craft in ECW, became a TNA Original, and was part of Ruthless Aggression in WWE, but in his current role in IMPACT Wrestling, 27-year veteran Johnny Swinger has arguably never been more popular. Thanks to his 90s-inspired retro character, Swinger has become a fan favorite despite being a heel and gained fans in yet another generation. 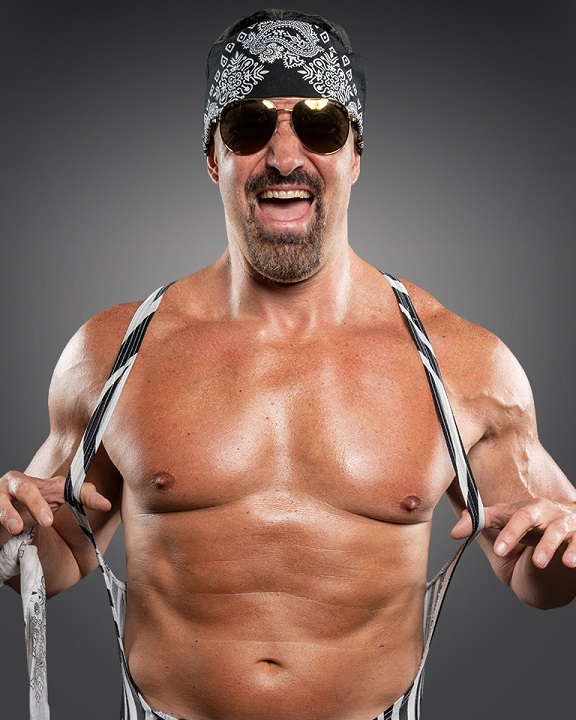 Originally hailing from Niagara Falls, New York, Johnny Swinger entered the pro wrestling world in 1993, after training in Toronto, Ontario with legendary trainers Ron Hutchinson and Sweet Daddy Siki. Wrestling was in Swinger’s blood, as he was the nephew of former WWE legend “Cannonball” Tony Parisi, who had held the WWWF World Tag Team titles in the 1970s alongside Louis Cerdan. He soon found work in the local indies, originally as Johnny Paradise, and most notably in Windsor, Ontario with Border City Wrestling (BCW), run by current IMPACT Executive Vice President Scott D’Amore, where he joined D’Amore’s villainous stable The Syndicate under the name Johnny Hollywood Swinger. “Swinger first appeared in BCW in 1995 and our feud formed the centerpiece of the first run of BCW TV in 1996,” recalls Scott D’Amore. “Coming up as a young boy at Border City Wrestling,” said current IMPACT star John E. Bravo, who worked alongside Swinger at BCW, told us recently, “I was in a lot of pre-show matches and opening matches. Johnny Swinger always had a top spot on the show. All of us guys on the undercard looked up to the people like Johnny Swinger, we wanted to be in those top spots, he was part of the Syndicate which was cool, always had a prominent role on the show, and that gave us young boys goals to try to reach.” 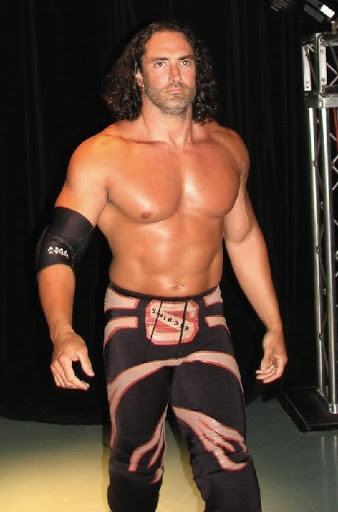 His star seemed to come early and within a couple of years, found himself working for WCW in 1995, where his name was shortened to the now recognizable Johnny Swinger. He was used primarily as an enhancement and even teamed on WCW Saturday Night with a young Terry Richards (who would go on to become Rhino). That same year, he would find himself working a similar role with WWF, facing Shane Douglas and Marty Jannetty on separate episodes of Monday Night Raw, as well as Hunter Hearst Helmsley on WWF Superstars. “With his look and cocky persona, Swinger was a perfect fit for that era,” Scott D’Amore told us. “Swinger just screamed TV wrestler. True to form he signed with WCW in late 1996.”

In 1996, at the dawn of the Attitude Era and the beginning of the Monday Night Wars, Johnny Swinger became a more permanent member of WCW, competing for Ted Turner’s company until 1999, including facing Chavo Guerrero Jr. on the highest-rated episode of Monday Nitro ever, the episode from the Georgia Dome that saw Goldberg defeat “Hollywood” Hulk Hogan for the WCW World Championship. During his three year run in WCW, he faced countless top stars on various WCW programming, including Chris Jericho, Eddie Guerrero, Meng (Haku), The Giant (Big Show), Syxx (X-Pac), Ultimo Dragon, and more. But it was clear he was never going to get past his low spot on the card and departed in 1999. His final match was on Nitro on September 6, 1999, in a loss to Prince Iaukea.

Following his departure from WCW, he would join Paul Heyman and company in ECW, debuting in the spring of 2000 and making his TV debut on ECW Hardcore TV against Little Guido that May. By the end of the month, he was partnered alongside Simon Diamond in a tag team. The duo would become one of the top heel tag teams in the company throughout 2000 before ECW folded in early 2001. Swinger made a quick return to WCW, pairing with indie star Jason Lee in the WCW Cruiserweight Tag Team title tournament, but soon after the tournament’s completion, WCW was purchased by WWE. Swinger would work several dark matches over the next year but was ultimately never hired by the company.

In 2002, he joined upstart Total Nonstop Action (TNA), appearing on their sixth event, reteaming with his old ECW partner, Simon Diamond. He would win his first major championship alongside Diamond in TNA, defeating their rivals America’s Most Wanted (“Wildcat” Chris Harris & “Cowboy” James Storm) for the NWA World Tag Team titles in 2003 and holding them for 84-days. Soon after their loss, Swinger would turn on Diamond and form the New York Connection alongside Glenn Gilbertti (Disco Inferno) and ECW Alumni Big Vito and Trinity.

He would leave at the end of 2004 and in early 2005 was finally signed by the WWE. He was assigned first to Deep South Wrestling (DSW) and then to Ohio Valley Wrestling (OVW), before finally debuting on the main roster in July of 2005 on WWE Sunday Night Heat, with a big win. He was rebranded to Johnny Parisi in WWE (a nod to his uncle, Tony) and became a staple of Sunday Night Heat, with matches against Shelton Benjamin, Val Venis, and Hurricane Helms. Unfortunately, he couldn’t get past the opening show and was released in June of 2006.

Swinger had relocated earlier to Atlanta, Georgia as his home base and upon his release from the WWE, he immediately immersed himself into the Southern indie scene. He became a regular with now-defunct Great Championship Wrestling (GCW) in Alabama and Peachstate Wrestling Alliance (PWA) in Georgia, becoming a 6x GCW Heavyweight Champion and 2x PWA Heritage Champion and PWA Southern Cruiserweight Champion. Through all of this, he remained loyal to BCW, becoming the BCW Can-Am Heavyweight Champion in 2003. “Back in the day getting to know Swinger in the locker room, he’s a funny guy, easy to talk to, tells great stories and funny jokes,” Bravo reminisced. “That side of him was rarely ever seen in the ring, wrestling fans only know the Johnny Swinger they’ve seen on television and at shows.” He would return for occasional one-off appearances with TNA, every other year or so, and in 2019 would appear for Tommy Dreamer‘s House of Hardcore. But at over 25-years in the industry, it seemed like Swinger’s chances of returning to TV wrestling were long behind him. And then the past came calling, literally and figuratively.

In early October of 2019, Johnny Swinger made a shocking return to IMPACT Wrestling (formerly TNA), winning his return match at the tapings from Las Vegas. But this was an entirely new variation of Swinger, but it felt strangely familiar. He came out wearing explosively bright colors, in gear than seemed more inspired by Zubaz than Tap Out, with a loud-mouthed bravado that seemed like it was from the early 1990s WCW or WWF. “On a larger scale his WCW, ECW, TNA, WWE, and now IMPACT Wrestling stints now make him a talent who has bee performing on national stages for over 25 years,” Scott D’Amore told us. At first, his returns brought groans and comments realizing that Johnny Swinger even still wrestled. But as the months carried on, his energy and devotion to this “Old School” version of Johnny Swinger began to get noticed. He was getting laughs for all the right reasons and still showed he could go in the ring with anybody, facing the likes of Petey Williams, TJP, and Willie Mack. “The persona he’s taking on NOW at IMPACTWrestling,” John E. Bravo told us. “In my opinion, is some of the best work he’s ever done in his career, he’s literally firing on all cylinders…who he is on television now is closer to the real guy but greatly exaggerated. I’m glad the fans now get to meet part of the guy that I’ve known for years backstage. He’s always been an honor to work with over the years, and I’m so happy for him currently because he’s been able to tap into something that is a general old-school Wrestler stereotype. And projected in such an entertaining way that you literally can’t take your eyes off of him.”

Earlier this year, Swinger began a quest to find the perfect tag team partner, which has led him to form an alliance with one of IMPACT’s most exciting new young stars in “The Ultimate Finesser” Chris Bey. The veteran is clearly the sidekick to the youthful energy of Bey, but his presence has helped push Bey to be a better wrestler. He’s also the co-host of Madison Rayne‘s talk-show segment each week, Locker Room Talk. “With his 2019 return to IMPACT, Swinger has experienced a remarkable resurgence,” Scott D’Amore said, “that puts him in arguably the most high profile position since his 2003 NWA World Tag Title run with partner Simon Diamond.” Johnny Swinger has danced in most of the major halls, but it always seemed to fizzle before his star ever seemed to fully shine, but now, after 27 years in the business, we finally get to see Johnny Swinger look like we’ve never truly seen before…happy.