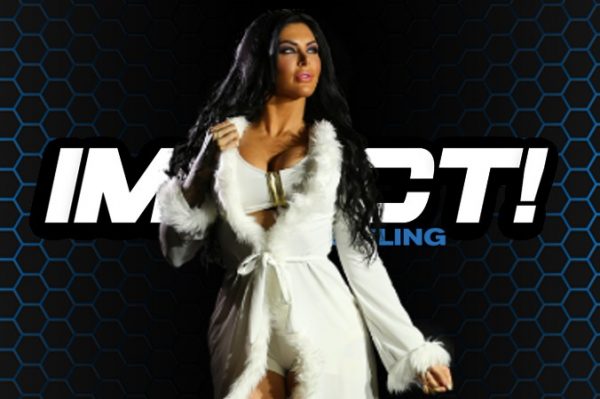 On the latest episode of Women’s Wrestling Weekly, Katie Forbes revealed she had recently signed with IMPACT Wrestling. She joins her significant other, Rob Van Dam, on the IMPACT roster.

A four year pro who trained with Luke Hawx, Forbes started out with Louisiana’s WildKat Pro Wrestling in 2015, before joining Women of Wrestling in 2016 for Season 4, where she wrestles as Khloe Hurtz.

She made her IMPACT debut this past WrestleMania weekend at IMPACT United We Stand event, in a four way for the Knockouts Championship against champion Taya Valkyrie, Jordynne Grace, and Rosemary. She appeared again just last week, in a match against Grace. “So, you all will see a lot more of that because starting today, I’ve just signed with Impact,” Forbes stated in the interview.

You can watch the full interview with Katie Forbes below: