It’s time for Day 2 of the Global Wars Espectacular with a main event of Matt Taven defending his ROH world title against Volador Jr. and the highly anticipated RUSH vs Barbaro Cavernario.

In a tag team match, Josh Woods and Silas Young face the team of PJ Black and Okumura. We’ve seen over the past several weeks that Silas Young has taken Josh Woods under his wing and showing him how the last real man does it. Silas Young has already defeated PJ Black in their first encounter at Mass Hysteria and PJ Black has a win over Young from their match at Honor For All. But with the tag team dynamic, will Young be able to successfully teach Woods how to win the match for the team, or will PJ Black and Okumura get the upperhand on the teacher and the student?

After his debut with Ring Of Honor Wrestling, The Prestigious One, Joe Hendry has his hands full as he battles the ROH Television Champion Shane Taylor. A man who has been on a path of destruction and winning all of his matches in a very convincing fashion. Hendry is on a mission to become the biggest personality in all of Ring Of Honor. But, will Dalton Castle have something to say about this during the Proving Ground match? Will Dalton Castle get involved here? Will Joe Hendry be able to prove himself against Taylor? Or will this just be another night for Shane Taylor and will he easily go through The Prestigious One?

In a six man tag match, and what should be a roller coaster of a match, Team CMLL brings us Caristico, Triton and Stuka Jr. vs. Team ROH participants, Jeff Cobb, Jay Lethal and Jonathan Gresham. This match brings a variety of styles from high flying, mat based wrestling, and technical wrestling. This match is bound to bring us a ton of excitement and moments that will be “must-see!” Will Team CMLL be triumphant in this six man dream match? or will Team ROH dominate in night 2 of Global Wars Espectacular?

With every good comes evil. In ROH, Lifeblood is that good, while Villain Enterprises is that evil, as suggested by the name of the group. The ongoing battle between good and evil rolls right into Global Wars this weekend. What will happen when the two teams collide in another battle in this great war?

Recently, ROH announced an 8 man tournament to determine the number 1 contender for the ROH World Heavyweight Championship at ROH’s biggest event of the year, Final Battle. Four of those men face off this Saturday night in a Four Corner Survival match. Who will come out on top though? and will there be a winners advantage from a psychological perspective going into the Death Before Dishonor on September 27th?

For the first time in the United States, the ROH audience gets to see of CMLL’s finest stars go at it mano-a-mano, when the leader of Los Ingobernables worldwide, RUSH takes on the caveman of CMLL, Barbaro Cavernario. These two superstars are bound to have a helluva match that you would only get in CMLL. We’ve seen what happens when RUSH gets angrier than he usually is, however, Barbaro Cavernario is a man filled with rage at all times.

Expect to see a slobber knocker of a match between these two stars. Cavernario is well known in Mexico for having some of the best one-on-one matches and RUSH is best known for his constant rule-breaking and finding just about any object to use on his opponents in Mexico. Who will come out on top in what could very well be the match of the night? RUSH or Cavernario?

Volador Jr. gets an opportunity of a lifetime when he gets the chance to win the ROH World Title, but to do that, he’ll have to face off against his bitter rival, Matt Taven, who has been on a winning streak since winning the title. Volador Jr., however, has also been on a winning streak as he’s successfully defended his NWA Historic Welterweight title against Dragon Lee in Arena Puebla and more recently, winning the 2019 Gran Prix this past week in Arena Mexico and being the first competitor to pin Matt Taven since he’s won the title.

Both men look to finally end their differences this Saturday night at the Odeum Expo Center. Will Volador Jr. strike twice and be able to pin Taven again and get his revenge from last years 85th Aniversario show or will Taven retain his ROH World title and move on to the next chapter of his dominant reign?

Stay tuned to the Last Word on Pro Wrestling for more on this and other stories from around the world of wrestling, as they develop. You can always count on LWOPW to be on top of the major news in the wrestling world, as well as to provide you with analysis, previews, videos, interviews, and editorials on the wrestling world.  Tickets are still available for this cross-promotional clash and make sure to check out our preview of Night 1. 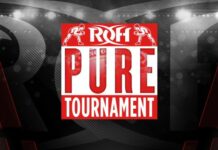 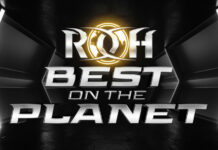 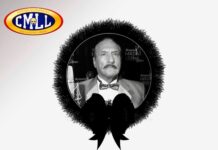 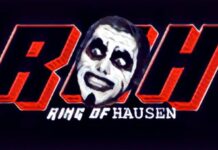