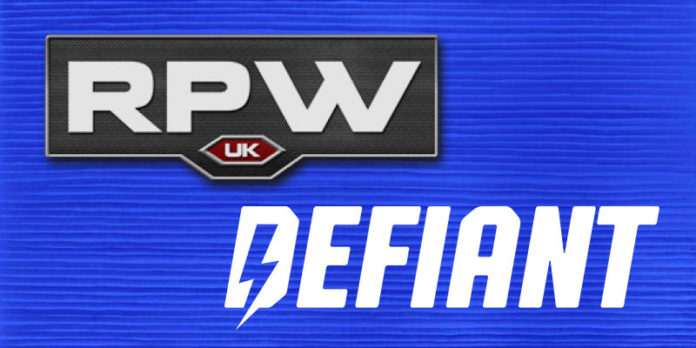 As if the British indie wrestling scene isn’t getting enough attention, with the return of World of Sport to ITV and the impending debut of NXT UK on the WWE Network, two more promotions made announcements today to expand the coverage of the UK scene. Revolution Pro UK (RevPro) will be debuting their brand new weekly show in late October on FreeSports, while Defiant Wrestling announced the return of their weekly series, Loaded, to YouTube, following a hiatus of over a year.

Shows begin next week in Bethnal Green and will be aired later in the month.

Pro Wrestling At Its Best! @RevProUK

RevPro only recently announced their upcoming TV tapings, that will be called by NJPW lead announcer Kevin Kelly, earlier this month, but no mention of its television home were given. It was revealed today that RevPro’s TV program will be airing on FreeSports, a new channel that launched last August with a new free-to-air sports programming format. The sister channel to Premier Sports in the UK, FreeSports is currently available in approximately 18 million homes across the United Kingdom. FreeSports currently airs such sports as NHL hockey, world football, MMA, boxing, NASCAR and more. So far, names announced for the first set of tapings next week include Zack Sabre Jr., Roppongi 3K (Rocky Romero, SHO & YOH), Colt Cabana, Chris Brookes, Jushin “Thunder” Liger, KUSHIDA, Aussie Open (Mark Davis & Kyle Fletcher), plus many more RevPro regular stars.

LOADED is back! Free weekly series returning to YouTube this December!

Join the conversation and get your questions answered NOW on the Defiant Discord (https://t.co/PA4RlfFZhD). pic.twitter.com/dR2PZ5YHFH

Defiant also announced today that Loaded, the flagship show for the company when it was known as What Culture Pro Wrestling (WCPW) was returning, after it was discontinued following the rebrand at the end of last year. WCPW Loaded aired weekly on Monday night on YouTube, with the final episode airing on October 19, 2017. Following the rebrand to Defiant Wrestling and the PPV #WeAreDefiant on December 4, Defiant began to air a self-titled weekly program, also on YouTube, starting on December 15, 2017, but the show ended with the March 9, 2018 episode. Since then, Defiant has only done PPVs, most recently with Stacked this past weekend. Defiant Loaded is set to return this coming December, once again airing for free on YouTube.