One of the biggest names in the latino heritage in wrestling comes from the lucha tradition in the name of Rey Misterio. The rise of the young star from San Diego, widely known as Rey Mysterio in WWE, is very well known by the fans, but, did you all know that there are several luchadores who put on the mask in an attempt to reach and maintain the glory of the name? Here’s detailed look at the long lasting legacy of the name Rey Misterio.

Miguel Ángel López Díaz, now known as Rey Misterio Sr., is the original carrier of the name and a very appreciated figure in lucha libre until his retirement in 2011. Overcoming some health issues, he is a reknowned trainer in Tijuana and he is making sure the name Misterio in all variants is alive. 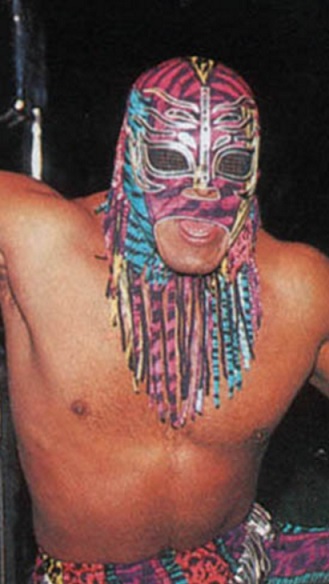 Roberto Castillo is a luchador better known as El Misterioso (who now has an active junior at CMLL) and was trained in 1987 by Rey Misterio Sr. Misterio was very confident on his abilities at the grade of giving the name Rey Misterio II (the second, which at the time was something usual instead of using juniors or “hijo del…”) to the young Roberto, who made name in Tijuana using the name barely for almost a year. Later on, in 1990, he traveled to Mexico City and start a career as El Misterioso. One curious fact is that he lost his mask on a bet match against Rey Misterio Jr. in 1997, just in the same place where he trained ten years before with Miguel Ángel López: the Auditorio of Tijuana.

Nephew of the lucha darling Rey Misterio, the kid named El Súper Niño and El Colibrí, started training lucha at 14 years, becoming friends with Roberto Castillo and even got to train together. He found fame in AAA and some visits to the United States in the ECW promotion alongside Psicosis and some other names, before making impact in WCW and WWE (since 2002, he was renamed to the english spelling of “misterio”, dropping the Junior). Now that he is an independent part time player, he uses the spanish spelling whenever he is out of WWE dates.

Son of Rey Misterio Sr. (cousin to Rey Mysterio), incarnated the next version of the Misterio name as the “son of”, which in México is a big deal because of the bloodline. He started training at his father’s school while a 13 years old boy and debuted at 17 in 2006 – which was a big year for the Misterio name, since Rey Mysterio had won that year’s Royal Rumble and achieved the World Heavyweight Championship later on at WrestleMania 22. Somehow this led to several promoters not to bill Hijo de Rey Misterio as such, promoting him as Rey Misterio or Rey Mysterio, confusing people (specially in México and South American countries) which caused disagreements within the family.

After the injuries of his father (whom he used to work with in the California based promotion Pro Wrestling Revolution), he tried to work at the CMLL not being successful and stating his retirement. Ten months later, he announced his return, adding the “I” (the first) to his name. However, he is sometimes billed as Rey Misterio Jr., but that´s because of our entry number 7… 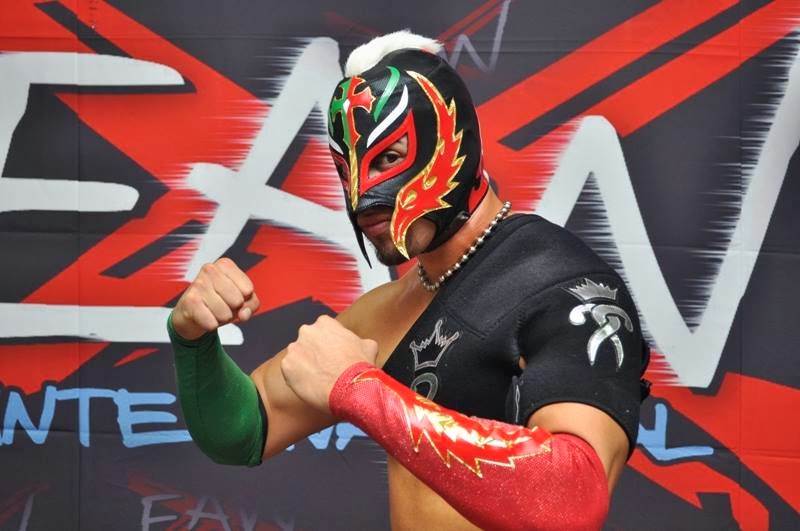 When international fame came to the Misterio name, and Hijo de Rey Misterio was active, he was booked in Bolivia, but with the name of Rey Mysterio Jr. This caused family turmoil and angered the original Hijo de Rey Misterio, who cancelled his dates. Bolivian promoters decided the once Hijo del Faraón (a respected name in México) would don the Rey Misterio mask and made him go out to wrestle. On a side note this guy later returned to México to wrestle under the name Horus (which has nothing to do with the world famous Rey Horus. Who by the way, will be come back up later in the article). Fair to say that the confusion was a huge deal at the time in Bolivian sports media, and even in TV programs, where promoters and the fake Rey Mysterio Jr. had to go and state that he was Hijo de Rey Misterio and not the famed WWE entertainer. But they were still lying. Incidentally, in Bolivia there is a luchador working under the name Rey Master and well, the guy looks totally like, yeah, Rey Mysterio.

When the Hijo de Rey Misterio took a break, Rey Misterio Sr. didn’t and offered the name of Hijo de Rey Misterio to a young luchador named Horus (which is rumoured to be one of his nephews) and he gladly did it. Months later, confusion came again when the original Hijo de Rey Misterio returned and started using the name. They solved things when the former Horus added the “II” (the second) to the name and everybody was happy, even alternating as “brothers” in some luchas.  in 2014, Hijo de Rey Misterio II dropped the character to continue wrestling as Rey Horus, emerging as a top indie star, as well as gaining national exposure as Dragón Azteca Jr. in Lucha Underground. 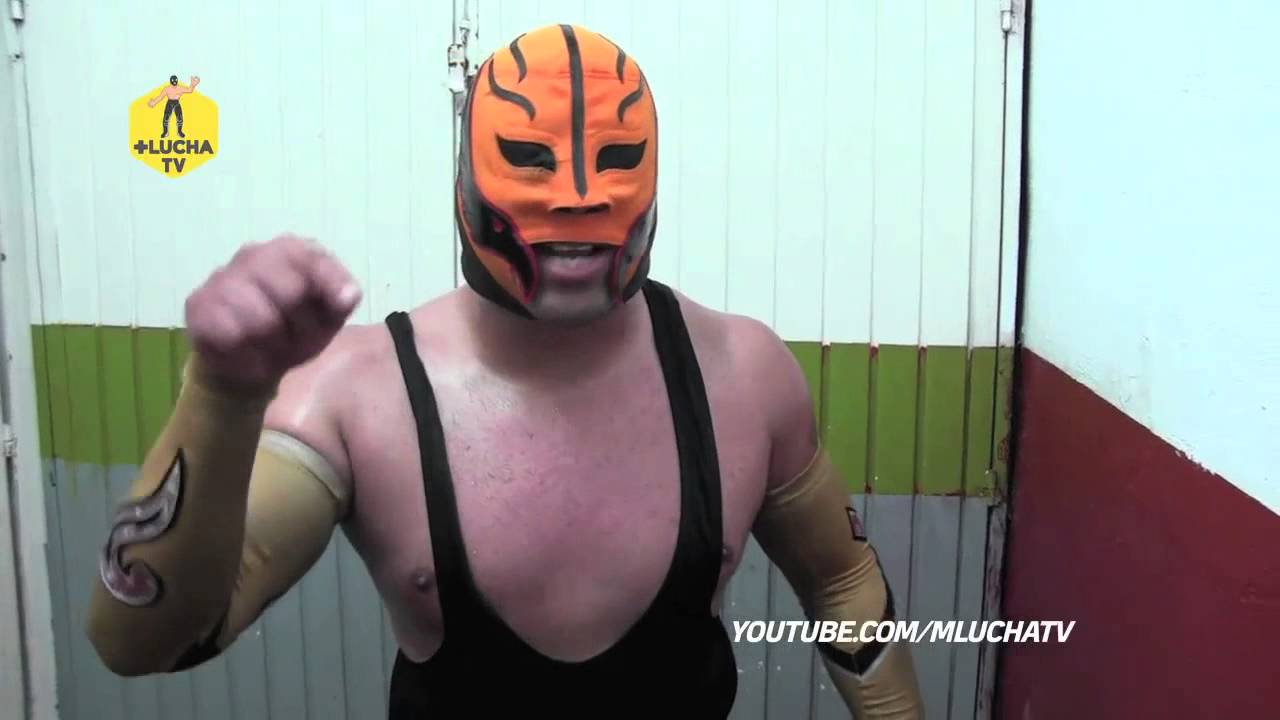 A young luchador, who is rumoured to be another nephew of Rey Misterio Sr. (although there is some reports were he says he isn’t related to him), took the name of “Hijo de” and he has been active since 2014. At first sight, it was obvious that the Misterio family tried to make a match were the name of Hijo de Rey Misterio was disputed, but this was discarded by the year of 2015, since it never worked out.

Rey Misterio Sr. told media that this was a luchador with great abilities and was being misused in Tijuana. He saw the new version of Rey Misterio in him and wanted the world to know. That sounds great, but at the same time we can smell the franchise stench in all of this. Truth is this luchador barely got recognition and somehow failed to enter in a rivalry with our last entrant. This second version of Rey Misterio II could be what the family needed to make work the idea of a family rivalry, but by 2016 this was discarded again. 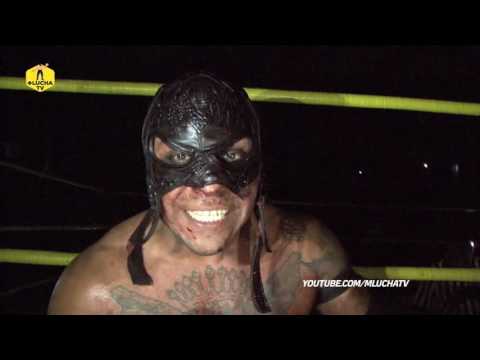 The name of Rey Misterio is big deal in lucha libre in México, but is also a huge deal in Tijuana and the border States, so Miguel Ángel López never hesitate to keep that name alive. When Rey Rey made it big time, the idea of a franchise was the way the original Rey Misterio thought he could gain some more money. Nevertheless, this generates confusion on who is who with the Misterio name, adding very little to the legend and only giving us more guys with the mask.

In México, luchadores putting masks on and using other luchadores’ names is a big (and sad) tradition in lucha libre since the days of El Santo. In México, they are called luchadores botargas (motley luchadores) and being an extended practice, the fans are becoming doubtful of some lucha programs, mainly in the country states. One such recent case was Místico, who was impersonated by many other luchadores around local arenas in México between 2005 and 2009, registering several frauds. If lucha libre keeps being a poorly regulated business, this isn’t going to end, and also is the wrong billing of incarnations of a name like the Rey Misterios we know.