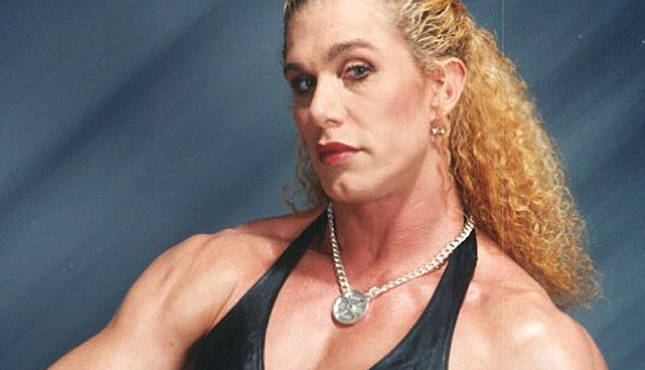 As broken by Squared Circle Sirens less than an hour ago, former WWE Superstars and women’s body builder Nicole Bass passed away this evening. She was 52 years old.

Originally a competition bodybuilder during the late 80’s and early 90’s, New York native Nicole Bass entered the world of professional wrestling in 1998. Although most forget she actually got her start in ECW, after being trained at ECW’s school, House of Hardcore. She was a bodyguard for Justin Credible, Jason and Chastity, very much like how her counterpart Chyna was in the WWE alongside Shawn Michaels and Triple H in Degeneration X.

A year later, she made her then-WWF debut at WrestleMania XV as the new bodyguard for Sable. Bass’ entire WWE career only lasted five months, but she made the most out of it, pairing with Val Venis and feuding with Ivory, Debra McMichael and Tori. She left the company in July of 1999 after a contract dispute.

She returned to her hardcore roots by going to another Philadelphia extreme promotion, the upstart XPW (Xtreme Pro Wrestling). She appeared somewhat regularly early on, but soon entered semi-retirement, still taking bookings at various indies, right up until her death.

In later years, she would become a favourite guest on the Howard Stern Show.

Tonight at approximately 8:15pm, one of Bass’ friends, Kristen Marrone – who had access to her account – posted the following message on Nicole Bass’ official Facebook page.

At this time there is no more information on what her illness was, but in 2006, she was hospitalized for pancreatitis. Early reports suggest she may have suffered either a heart attack or a stroke earlier this week.

It didn’t take long for the wrestling community to come out together in support and grief over another fallen comrade, as former ECW and WWF co-workers shared their feelings.

Sad to confirm ECW & @sternshow Nicole Bass has passed away.
Her heart was as big as she was.
A wonderful & loyal friend pic.twitter.com/zNyvnluFFB

I'm sad to have learned of the passing of Nicole Bass. Rest in peace! Gone too soon!

The staff at Last Word on Pro Wrestling extends their condolences to Ms. Bass’ family, friends and fans.