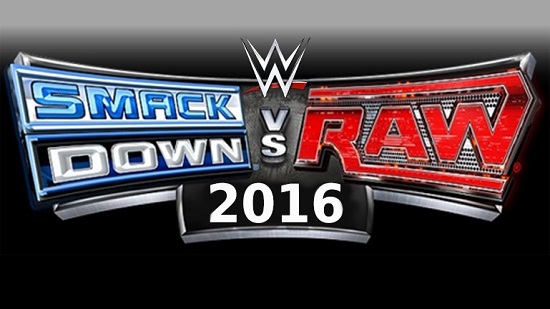 The WWE Universe had been clamoring for a brand split for a long time, and after historically bad ratings, the WWE listened. Stephanie McMahon and Mick Foley were in charge of Monday Night Raw while Shane McMahon and Daniel Bryan were in charge of SmackDown Live! They had a draft, the WWE World Championship was fought over, and both shows got their own pay per views. However, less than three months after the draft, the WWE brand split has to be considered a failure.

The WWE Brand Split Has Failed

Unfortunately, the WWE didn’t think things through before the draft. The WWE should have put all of the women on one show, and all of the tag teams on another. This is only true because there just aren’t enough on either show to last forever. On Monday Night Raw, you can only see Charlotte, Sasha Banks, and Bayley compete for the championship so many times. Sure, Dana Brooke and Nia Jax are going to get involved at some point, and Paige is still with the company, but things will get stale quickly. Considering that only Banks and Bayley are the only ones that are over at the minute, things could get ugly in a month or two.

Meanwhile, Monday Night Raw has the superstar tag teams, but that’s it. They’ve got The New Day, Gallows & Anderson, Sheamus & Cesaro, and Enzo & Cass, but that’s about it. The Shining Stars are also on the roster, but they’re really just there to take pinfalls. Meanwhile SmackDown has The Usos, American Alpha, The Hype Bros, The Ascension, The Vaudevillains, Breezango, and the team of Heath Slater and Rhyno. What SmackDown lacks in quality, they more than make up for in quantity.

Honestly, the rosters should’ve stayed together. Monday Night Raw could have had the women, and SmackDown could have had the tag teams. These rosters just weren’t big enough to be split up. While it’s great that people like Alexa Bliss or the Shining Stars get more television time than they would’ve on one roster, it does more harm than good.

To be honest, nobody watched SmackDown before it was live. It wasn’t because the show wasn’t good. Frankly, Smackdown usually had better wrestling because they didn’t do much to advance the plot. Smackdown was like a televised house show, and if people were around on a Thursday or Friday Night, they might tune in.

Now, if you’re a WWE fan, you’re watching five hours of live television a week. It’s six hours if that fan happens to watch NXT. And, with both shows having their own pay per views, there’s a chance there would also be a three hour Raw or two hour Smackdown pay per view. That’s potentially nine hours of wrestling a week, and that’s just for people that don’t also watch independent wrestling.

There are only so many superstars that have main event potential. The WWE can put whoever they want in the main event, but that doesn’t mean the crowd will bite. Just ask Roman Reigns. So instead of seeing a rotation of main eventers, we’re going to see a lot of repetition. On SmackDown right now, AJ Styles, Dean Ambrose, and John Cena are in the title picture, and it feels like they’re the only main eventers on the show. Sure, they could try and build someone like Apollo Crews or Baron Corbin, but who knows if that will actually work. The WWE would have to elevate career midcarders like Dolph Ziggler or The Miz to the title picture. While that sounds fine on paper, The Miz vs. John Cena was a terrible WrestleMania main event, and it’s not going to draw now.

The Value of Gold

Right now, not including NXT, there are nine championships on WWE television. Monday Night Raw has the CruiserWeight and United States Championship, Smackdown Live has the Intercontinental Championship, and both shows have a Tag Team, Women’s, and World/Universal Championship. That’s just too many titles. It used to be that there was only one champion, and that champion was the most respected wrestler in the world. Men like Ric Flair, Bruno Sammartino, and Hulk Hogan were the champion, and that’s all that mattered. Who represents the WWE today? Is it AJ Styles or Kevin Owens? Does either man really feel like a champion?

The WWE should have kept the WWE World Heavyweight Championship and just had the champion work both shows. It looks like some stars show up at both shows anyway, and being the champion has always carried extra responsibility. There could be so many fresh feuds with a champion working two separate rosters. Now you have two titles, and as is always the case with inflation, the value has been depleted.

The WWE brand split was a failure, and after a couple of months, it’s already running out of time. It’s unclear how long the WWE will keep the rosters separate, but unless they make some dramatic changes, it won’t work. Too much repetitive wrestling will only wear fans out, and much like Eric Bischoff wanting to make the NWO it’s own brand, this is a disaster.