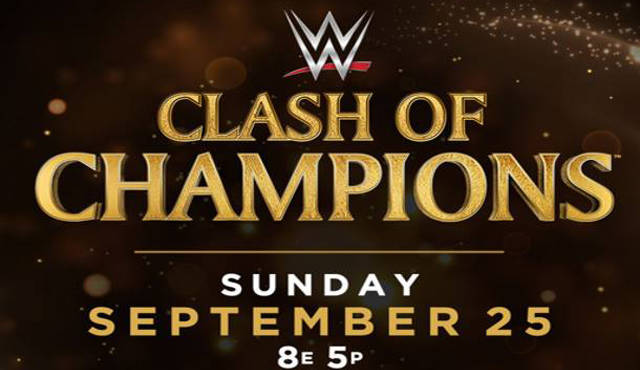 Ahead of WWE‘s first Monday Night RAW only PPV, the Last Word On Pro Wrestling team makes predictions and shares their thoughts before the event.

Thoughts by Ryan Smith: This match was never going to be competitive, and after being relegated to the Kickoff Match, it’s definitely true. After “injuring” Fox two weeks ago, Jax should win in dominant fashion yet again.

Thoughts by Rich Laconi: Chris Jericho has reinvented himself yet again and his recent run has made him relevant and entertaining. Since Finn Balor’s injury and Owens being elevated into the main event, Jericho has managed to play the role of Owens’s friend and in doing so, thrust himself into a program with Sami Zayn, Owens former best friend. This feud, if you can call it that, has not been giving much time, but the two will undoubtedly put on a great match. In the end, Jericho does not need to win to continue the hostilities between the two, as a loss can play into his increasing disdain for Zayn. A victory for Zayn will however give him a victory over a bonafide star that can give him the opportunity to turn more heads on his way to a WWE Universal title shot against Owens.

Thoughts by Jamie Greer: The WWE didn’t spend all this time building Perkins to have him drop the title in his first defence. Kendrick showed some slight heel tendencies in the four-way that got him into this match-up, a potential foreshadowing to a full heel turn when he loses this match to TJP. Perkins will need to get focus quickly in the WWE Universe to get his momentum going on Raw, and going up against a familiar face in THE Brian Kendrick will help draw more eyes to the Cruiserweights quicker. These two will be aiming to steal the entire show.

Thoughts by Sean Garmer: The finale of the Best of 7 takes place here for all of the marbles. It’s weird that some stipulation wasn’t placed on this last match to make it seem super special, but it is what it is. Hopefully, these two get the time to go out there and put on something worthy of a seventh match. Cesaro coming back from 3 matches down has to mean he’s winning this thing. Cesaro’s character is not the type that needs anymore looking great in defeat stories. He needs to win and get the Universal Title challenge. I believe he does that here.

Thoughts by Robby Hinson:It’s time to do a couple things to keep the Women’s division dynamic. The title needs to come off of Charlotte and go to Banks here, but I expect this to be where Sasha turns heel on Bayley. Sasha wins in some sort of nefarious way, leading to a Banks/Bayley program while Charlotte moves on to a Dana Brooks feud.

Thoughts by Sean Garmer: I think it’s time to move the tag belts to another team. New Day have had a great reign and are one of the most over acts in the company. They don’t need the belts and Gallows and Anderson kinda do. They haven’t been booked well since coming into WWE. If you want to cement this new attitude, they need to win here. Also, if it isn’t Gallows and Anderson, who’s going after New Day next? Enzo and Cass. With two strong face teams in the division right now, it would help to have heel champions. Have Gallows and Anderson rack up wins and have a feud with either team or both. Just I think they need to make the switch so that it adds a new wrinkle for New Day too. They need it, just like Gallows and Anderson need those titles right now.

Thoughts by Robby Hinson: The reclamation project of Roman Reigns is just beginning. Putting the belt on Reigns here will be a great way to start building him up to have an ego, leading to an eventual full fledged heel turn. This is something that’s been teased for some time, and will eventually happen. This is the first step.

Thoughts by Ryan Smith: It would be a real shame if Kevin Owens lost the Universal Championship in his first title defense. He’s been nothing short of brilliant since he became champion, and as great as Seth Rollins is, he needs a break from the main event. The best outcome here is a repeat of the fatal fourway, with Triple H costing Rollins the title. That way Owens retains, the freshly minted babyface Rollins stays strong, and his feud with Triple H picks up steam.