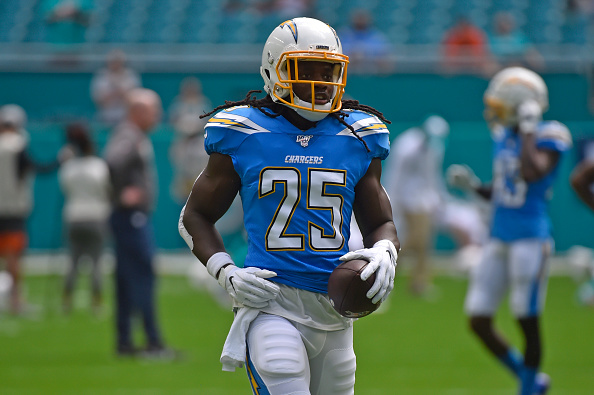 NFL Holdouts: Both Melvin Gordon and Ezekiel Elliott followed in the footsteps of Le’Veon Bell this off-season and threatened to sit out for a new deal. READ MORE 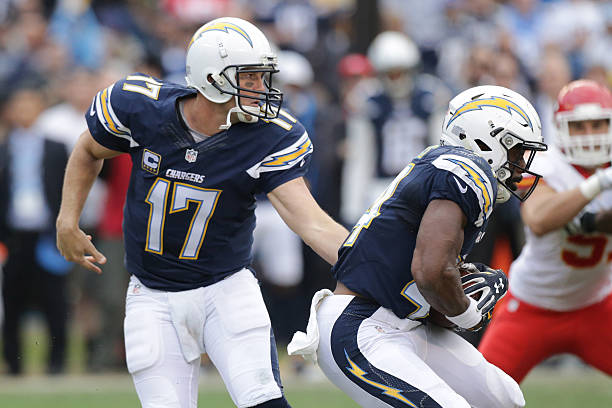 One of most important NFL teams to handicap before the Fantasy Football season begins is the Los Angeles Chargers. Which players have the best value? READ MORE 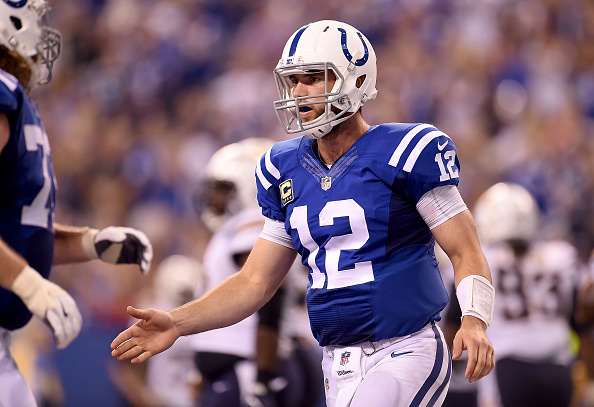 Taking a look at what we learned from the Indianapolis Colts 26-22 win over the San Diego Chargers in week three at Lucas Oil Stadium. READ MORE

It’s no secret that the 2014 NFL Draft produced what might be the greatest wide receiver class of all time. Through the first two years of their careers, players like Odell Beckham Jr., Mike Evans, Allen Robinson, Jarvis Landry, Sammy Watkins, Brandin Cooks and many others have made an enormous impact on the NFL as […] READ MORE

The San Diego Chargers finished with a disappointing 4-12 season in 2015. Are there any players you should be targeting for your fantasy team next year? READ MORE

Fantasy Football Starts and Sits for Week 7: One of the most crucial parts to playing fantasy football is playing the match up. READ MORE

Welcome to the Last Word on Sports NFL DraftKings Week 4 Lineup. I sure hope you read last week’s lineup because it would have won you some money. It scored 189 points and ranked in the top 11% out of 383K lineups in the $1 Million Play Action contest on DraftKings. Hopefully it made up for the lousy picks I made in Week 2 and will give you confidence in my choices from here on out. Let’s get to the picks! DraftKings Week 4 Lineup Eli Manning, New York Giants Quarterback, $7000 The New York Giants play the Buffalo Bills’ stingy defense this week, so it might not seem like a great idea to play the occasionally turnover prone Eli Manning against a tough defense like this. However, it might surprise you to learn how much teams have thrown against the Bills this year. Opposing quarterbacks are averaging 53 passing attempts per game so far this season when playing the Bills. 53! Manning so far this year is only averaging 36 attempts per game. If you extrapolate his fantasy points per pass attempt to account for 53 attempts, he would be expected to score at least 24 points this week. I think 24 is probably a high estimate, but he should come in at least somewhere around 20 points given the expected uptick in attempts. I feel good about that kind of point floor at the quarterback position. Shane Vereen, New York Giants Running Back, $4300  With increased passing attempts in the Giants offense, comes more snaps for Shane Vereen. He has to fight for carries with both Rashad Jennings and Andre Williams, but he is guaranteed to be on the field in passing situations. Given that teams generally pass so much against the Bills, and the DraftKings scoring system is point per reception, he should take advantage of that, and catch five or six balls. He’ll also have a decent chance to score a touchdown. Melvin Gordon, San Diego Chargers Running Back, $4900 I picked Gordon last week, and it didn’t work out so well. But I’m going back to the well one more time. This is his last chance in my eyes. He still ranks in the top ten in the league in Pro Football Focus’s Elusive Rating, and yards after contact per rushing attempt. Eventually this is going to translate into fantasy points. I’m betting that it’s going to be this week against what could be the NFL’s worst run defense in the Cleveland Browns. Odell Beckham Jr., New York Giants Wide Receiver, $9100 All my cards rest in the Giants’ offense this Sunday. It’s either going to profit greatly or blow up in my face, but it’s a risk I’m willing to take. If I’m in on Eli Manning, I have to be in on Odell Beckham too. It’s a necessity. Amari Cooper, Oakland Raiders Wide Receiver, $6300 The Raiders play on the road against the Chicago Bears on Sunday. Cooper has seen far fewer red zone targets than teammate Michael Crabtree this year, but expect that to change this week. I don’t have as many stats to back this choice up, but my gut tells me to go with the best rookie receiver in the NFL against a poor secondary. AJ Green, Cincinnati Bengals Wide Receiver, $7600 This choice is simply taking advantage of a good match up. The Kanas City Chiefs have gotten torched by opposing receivers this year; absolutely torched. Week 1: DeAndre Hopkins had 31 fantasy points. Week 2: Emmanuel Sanders had 29 fantasy points and Demaryius Thomas had 20. Week 3: Randall Cobb had 35 fantasy points and James Jones had 27. AJ Green should be able to make history repeat itself. Marvin Jones would also be a good choice for a cheaper receiver if you’d like someone cheaper. Martellus Bennett, Chicago Bears Tight End, $4500 As I mentioned before, the Bears play the Raiders on Sunday. In keeping with the good match up theme brought up in the last point, Oakland as by far allowed the most fantasy points to opposing tight ends this year. Week 1: Tyler Eifert had 31 points. Week 2: Crockett Gillmore had 26 points. Week 3: Gary Barnidge had 22 points. Martellus Bennett is a far more experienced and established player than any of these, and whether Jimmy Clausen or Jay Cutler is throwing him the ball, he’s going to have a huge day. HUGE. Karlos Williams, Buffalo Bills Running Back, $3400 LeSean McCoy is out Sunday, so Karlos Williams should receive the biggest workload of his young career. A little extra motivation to play him apart from his low price tag: he’s averaging 7.8 yards per carry, he’s the only player to score a rushing touchdown in each of the first three games, and he’s going to be extremely highly owned so you’ll be at an extreme disadvantage if you don’t have him in your lineups. Indianapolis Colts, Defense/Special Teams, $2800 This is easy. The […] READ MORE

Which players are poised to get you a boat load of points this week in Week 4 fantasy football? Consequently, which ones are on their way to disappointing? READ MORE

Here are my Fanduel weekly picks for week 4. Each week I will highlight some of my preferred plays of the week, plus some deeper “Tournament” plays. READ MORE

Welcome to the Last Word on Sports NFL DraftKings Week 3 Lineup. Last week’s lineup scored a measly 77 points, and placed 377k out of 383k lineups. So about as bad as I could have possibly done. I probably would have been better off not even writing last week’s article. I probably should have just went swimming instead. If you listened to my advice you probably […] READ MORE