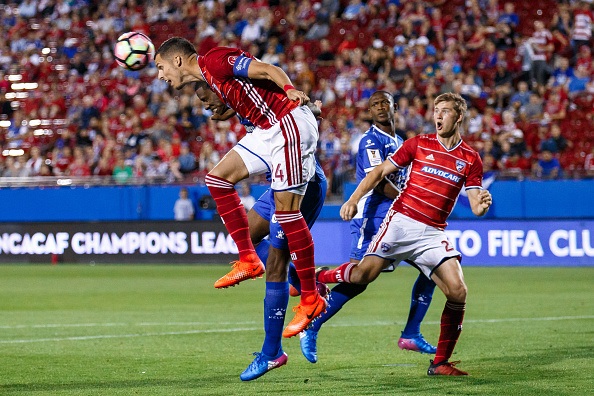 CARSON, CA (August 10, 2016) – The LA Galaxy lost Wednesday night at the StubHub Center 2-1 to FC Dallas in the Lamar Hunt U.S. Open Cup Semifinals. The Galaxy had a 1-0 lead in extra time, but two Dallas set piece goals doomed them. Dallas will host the New England Revolution in the final […] READ MORE

The Following is a Press Release from the Montreal Impact:  Impact Beat FC Dallas By 2-1 Score MONTREAL – The Montreal Impact unseeded the best team in Major League Soccer, scoring a goal in each half, defeating FC Dallas 2-1 at Stade Saputo Saturday night. Ignacio Piatti scored on a PK in the first half, while Jack McInerney […] READ MORE

On Sunday, U.S. Soccer announced the list of players to be called into U.S. Men’s National Team Camp, in anticipation of Wednesday’s contest against heated rival, Mexico in San Antonio, Texas. This lineup features a largely Concacaf contingent of players for the U.S., all of which have donned the red, white, and blue before. 3 […] READ MORE