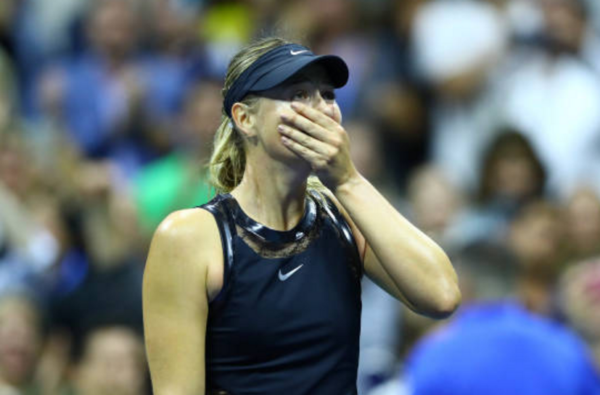 From LastWordOnTennis, by Brandon Wall. Maria Sharapova has made a memorable return to the US Open after upsetting number 2 seed, Simona Halep, in a three-set thriller. The Russian improved her record to 7-0 against the Romanian with a 6-4, 4-6, 6-3 in her first Grand Slam match in 19 months. From the second the […] READ MORE

Wednesday began with terrible, horrible, no good news for Maria Sharapova. The world’s highest-paid female athlete from 2004-15 was banned from tennis for two years, retroactive to January 26th, 2016, because of her failed drug test at the Australian Open in January. Sharapova immediately announced via Facebook that she would be appealing the suspension, citing […] READ MORE

The entire annual anti-doping budget for all of tennis is less than the prize money for Wimbledon champions. In 2015, the International Tennis Federation (ITF) spent approximately $4 million on anti-doping while Wimbledon champions Novak Djokovic and Serena Williams bagged $5,320,400 combined. After severe match-fixing allegations which have been haunting tennis since the Australian Open […] READ MORE

As a trained cell biologist, I am observing how misinformed the general public is about athletes and performance enhancing drugs (PED), including Sharapova. READ MORE

Maria Sharapova vs Serena Williams XXI was just as predictable and quite frankly as boring as the rest of them. READ MORE

A popular tennis meme (or possibly infographic) that circulated around Twitter on Monday showed the world a young Roger Federer and an even younger Rafa Nadal cheesing for a picture. Above the smiling champions was a disheartened Maria Sharapova. The meme served reminder that the last time Sharapova had beaten Serena Williams, Federer was only on […] READ MORE

Belinda Bencic and Maria Sharapova will face off in the fourth round of the Australian Open in Melbourne. It generates intrigue due to the contrast in styles as well as the difference in generations we see in Bencic vs Sharapova. Powerful, relentless, competitive; these are just some of the phrases you could use to describe […] READ MORE

With the season's first major upon us, it's time to see if anyone can challenge the world's most dominant player with our Australian Open seed report. READ MORE

After losing her opening two matches in Singapore, the semifinals–let alone the title–seemed like a distant memory for the crafty 26-year-old from Poland. However, in the midst of all the madness, Radwanska conquers Singapore, making the the near impossibility a reality within a matter of days. It is her 17th career title and the biggest […] READ MORE