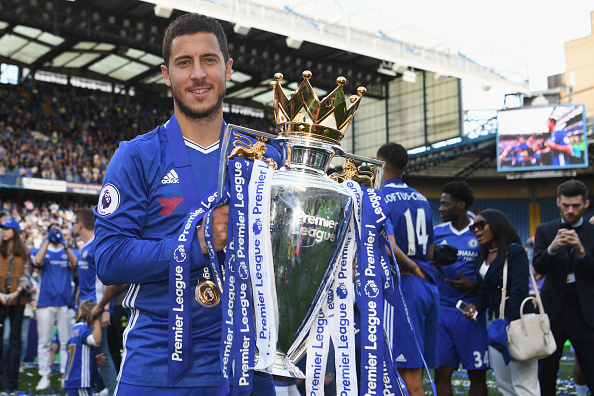 It is without question that Eden Hazard has been Chelsea’s most influential player since his arrival five summers ago. The Belgian has guided the club to two league titles, danced his way to the League Cup and ignited their triumph over Benfica in the 2013 Europa League final. Last month, Eden Hazard sustained a fracture […] READ MORE

Real Madrid gave the Chelsea defense more than they could handle in their International Champions Cup match. But, Eden Hazard and Michy Batshuayi impressed. READ MORE

Belgium came into their quarter final tie against Wales with the route to the final theirs for their taking. Overcome Wales and then an uninspiring Portugal in the next game and they would be there. And for about 15 minutes of this game it seemed that no one would stop them. But then it all […] READ MORE

Belgium finally arrived at Euro 2016 with a convincing 4-0 win against Hungary in the last 16 knockout round. The FIFA ranked number two team had almost stuttered through the group stage. This though was footballing display that backed up their credentials as one of the pre-tournament favourites.   Team Changes Marc Wilmots retained the […] READ MORE

Belgium rebound in Group E following a masterful performance against the Republic of Ireland, in which they won a comfortable 3-0. READ MORE

Read our Belgium Preview to work out if Marc Wilmots' men can go all the way at this summer's European Championships in France. READ MORE

Hazard Returns To Form It turns out Eden Hazard hasn’t lost all of his magical sport playing powers in a ‘Space Jam’ style talent-draining escapade after all. It appears he just likes scoring goals which win Premier League titles; albeit if he had showed his second half form against Spurs for the entire season, he […] READ MORE

Chelsea’s board have met to discuss the "Mourinho dilemma" following yet another Premier League defeat, this time to table topping Leicester. READ MORE