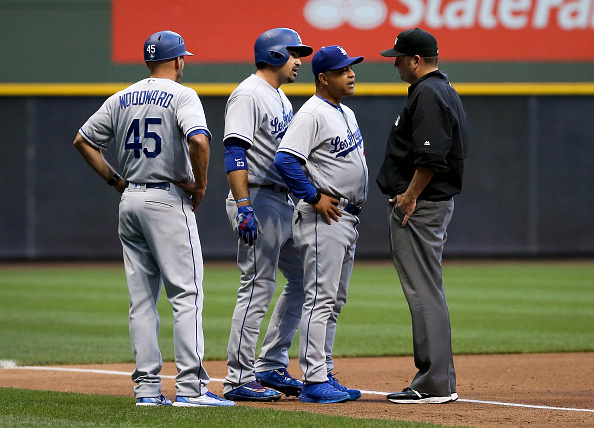 By Andy Donald – Last Word On Baseball When the Los Angeles Dodgers went out to find the successor to Don Mattingly last off-season, many saw the hire as someone that would field the team the way the front office wanted it to be fielded. Whether or not that was the mission of Andrew Friedman […] READ MORE

Los Angeles Dodgers pitcher Clayton Kershaw is expected to return to the team Friday and throw a “light bullpen” session. It will be the first time the lefty has thrown in over a month. He encountered a setback in mid-July during his rehabilitation program after being placed on the disabled list June 26th. While the news of […] READ MORE

Los Angeles Dodgers rookie shortstop Corey Seager is expected to be out one to two weeks with a knee sprain. Seager is one of the top prospects in baseball. READ MORE

Los Angeles Dodgers starter Brett Anderson underwent back surgery to repair a bulging disk Thursday. He will be out three to five months. READ MORE

After a deal with the Los Angeles Dodgers fell through, Hisashi Iwakuma will resign with the Seattle Mariners. READ MORE

Friday at  5PM Eastern Standard time marked the deadline for all teams to extend qualifying offers to their potential free agents. Qualifying offers  are given out from teams that have departing players in order to be eligible for draft pick compensation. The qualifying offer value changes from season to season and is determined by the average […] READ MORE

Not only do the Los Angeles Dodgers need go hire a manager, they also need to bulk up their pitching rotation and bullpen for the upcoming season. The Dodgers President of Baseball Operations, Andrew Friedman, has said that the search for managerial candidates is ongoing and that he expects to hire the new manager sometime before […] READ MORE

The New York Mets took an early lead in game two of the NLDS against the Los Angeles Dodgers on Saturday night. However, a controversial play occurred in the seventh inning, completely shifting the momentum in the game in favor of the Dodgers. It allowed Zach Greinke and the Dodgers to even the NLDS at one game apiece. Dodgers’ infielder Chase Utley, in an attempt […] READ MORE

The Dodgers Are Looking Strong as they are nine games over .500 a week before the All-Star break even though how they got there isn't how they planned it. READ MORE