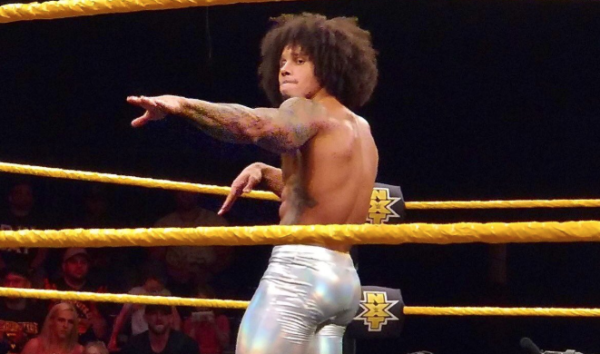 Casey of Squared Circle Sirens reported late Friday that an NXT Superstar had quit. After gathering further information, Casey reported that it looks to be athletic standout Stacey Ervin, Jr. Apparently, Ervin had a suffered a concussion scare. After recovering, he was given time to process and think things over and he ultimately made his […] READ MORE

On Wednesday’s episode of NXT, the NXT Universe was introduced to a new NXT Superstar in Stacey Ervin Jr. The athletic Ervin was the tag partner of 205 Live/NXT Superstar Humberto Carrillo in a match against The Street Profits. While Carrillo has been making a name for himself on 205 Live and in the Worlds […] READ MORE