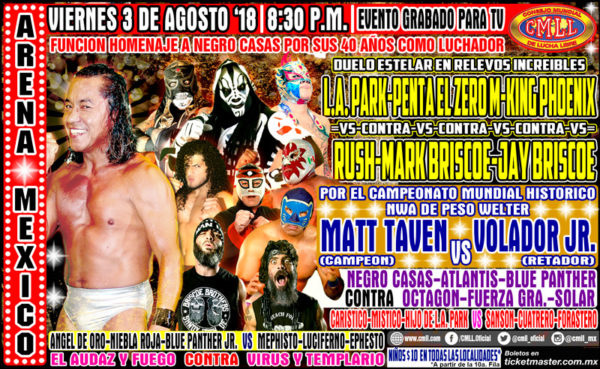 Consejo Mundial de Lucha Libre (CMLL) is aiming high for their next Arena Mexico show on Friday, which will feature the Anniversary of Negro Casas, the return of LA Park and several Ring of Honor wrestlers. Here’s a quick look at the top of the card. LA Park, who previously announced that he was off the […] READ MORE