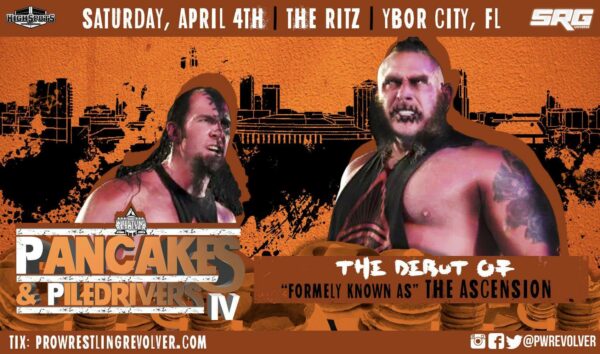 One of the most misused tag teams of the last decade in WWE, Konnor and Viktor – collectively known as The Ascension – were released recently and have now been announced for Pancakes & Piledrivers 4, the annual wrestling show/brunch thrown by Sami Callihan‘s Iowa promotion, Wrestling Revolver, held over WrestleMania Week. It’s the duos […] READ MORE