As part of Starrcast and Ric Flair’s Final Match Weekend, Game Changer Wrestling will hold The People vs GCW. Live from Nashville Fairgrounds in Nashville, Tennessee, GCW returns to the region in question in a major way. Among the action set to take place is a GCW World Championship defense, current All Elite Wrestling star Jon Moxley headlining the show. Other names such as Tony Deppen, Joey Janela, and the returning Bandido will also be in action. As always, for those that are unable to make the trip to the show, the action will air live on FITE. Take a closer look at what to expect this Friday evening.

The People vs GCW – Full Card 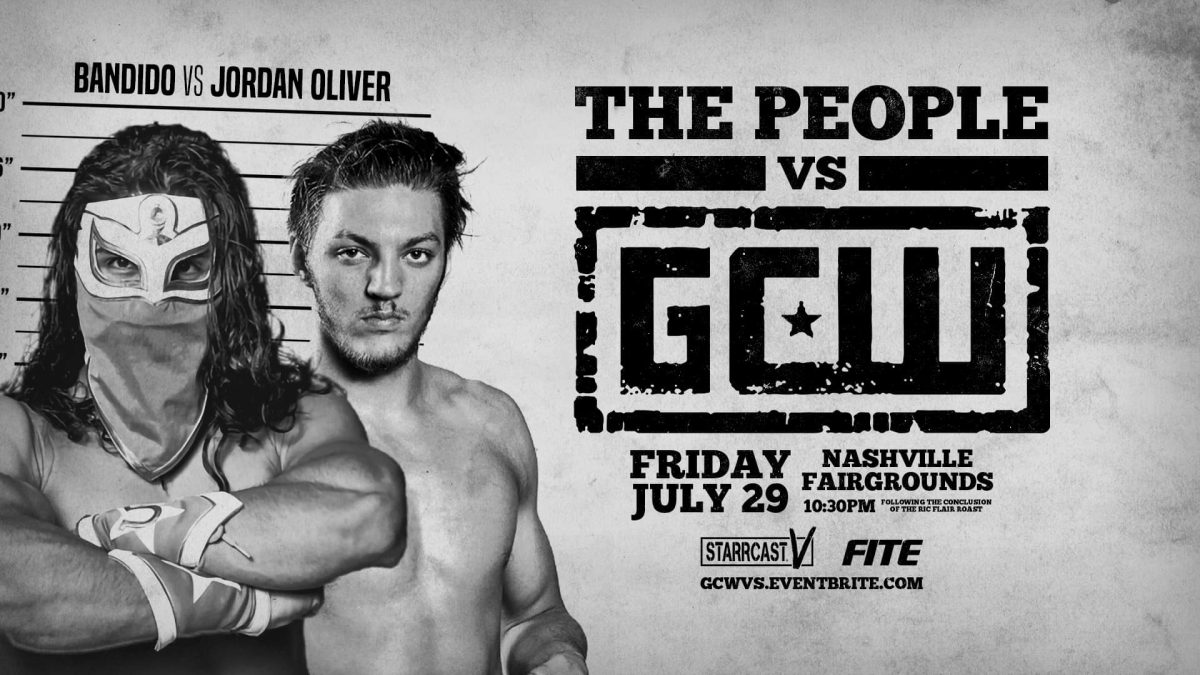 In one of the marquee matches of The People vs GCW, Bandido makes his Game Changer Wrestling debut to take on Jordan Oliver. The masked high-flyer in Bandido brings with him a reputation that spans multiple promotions and regions alike. Case and point, he was the world champion of Ring of Honor for 152 days, being one of the company’s top stars prior to its closure. Furthermore, he reigned as Pro Wrestling Guerrilla’s world titleholder for over 800 days. This doesn’t even begin to touch on his work in Dragon Gate, New Japan Pro-Wrestling, and more recently, Lucha Libre AAA Worldwide. The dominant luchador was last seen in a GCW ring back in May, where he bested Nick Wayne at the company’s Maniac event.

When Bandido is announced for a pro wrestling card, the show associated with said card becomes all the more intriguing. Whether it was his clash with Jonathan Gresham at Supercard of Honor 2022 or his multitude of multi-person matches in PWG, Bandido has put on many well-regarded performances. However, he’s also been adept at amassing victories, which will be a tall task as he takes on Oliver at The People vs GCW. To say that Oliver has become prominent in the promotion would be an understatement, besting such names as Hunter Drake and Calvin Tankman in recent months. However, his opponent for this Friday’s show is on a different level, not to mention one he’s yet to share the ring with up until now. This promises to be a fast-paced encounter to keep your eyes on. 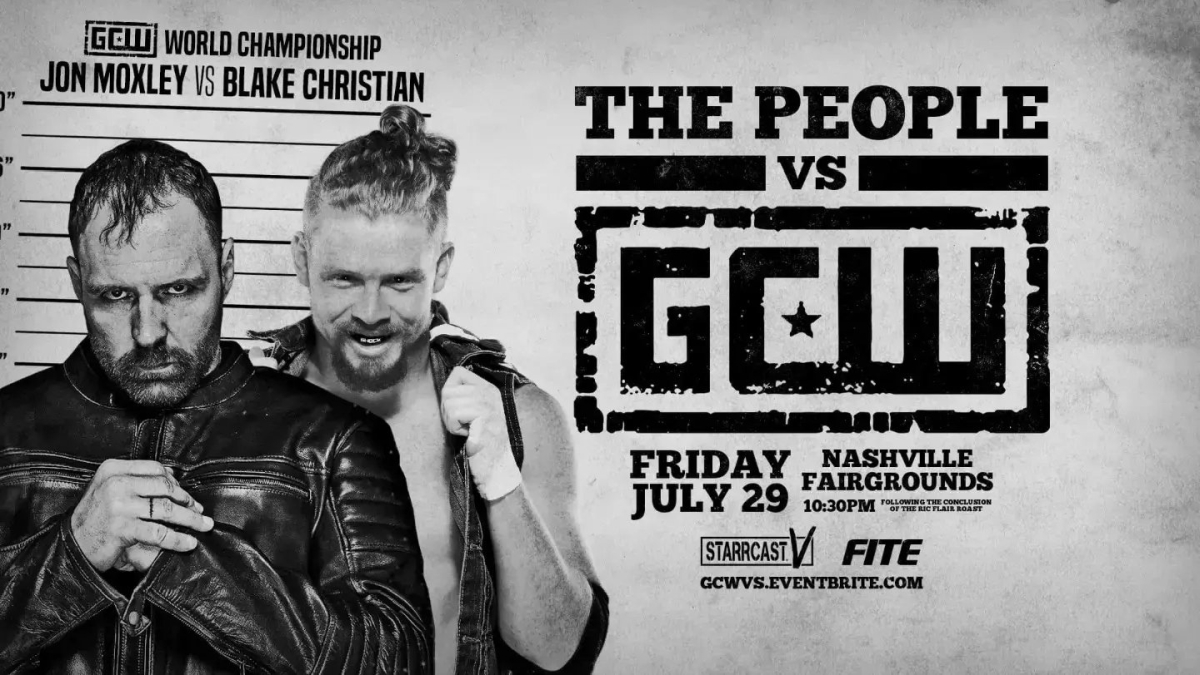 In the main event of The People vs GCW, Jon Moxley puts the GCW World Championship on the line against “All Heart” Blake Christian. Moxley’s schedule has been busy and even this could be considered an understatement. In All Elite Wrestling alone, he was recently crowned the AEW Interim World Champion in the absence of current AEW world titleholder CM Punk. Furthermore, he’s been showcasing his love to fight alongside fellow Blackpool Combat Club members Wheeler Yuta, Bryan Danielson, William Regal, and the most recent addition to the group, Claudio Castagnoli. Even so, Moxley has never been shy about stepping into a GCW ring, especially to defend his title.

At the time of this writing, Moxley has held the GCW World Championship for over 320 days. Since first claiming the prize this past September, upsetting Matt Cardona for the gold at The Art of War Games, the gritty Moxley tested his mettle against a number of opponents. From Tony Deppen to Nick Gage and beyond, it’s apparent that Game Changer Wrestling has had no shortage of opponents for their champion. At The People vs GCW, Moxley makes his fifth GCW World Championship defense. Furthermore, he will heading into Nashville Fairgrounds to take on arguably his hungrier competitor yet in Blake Christian.

This past June, at GCW’s You Wouldn’t Understand event, Moxley successfully defended the GCW world title against Deppen. Post-match, Moxley was confronted by Christian, It’s worth noting that, even before this, Christian had called out Moxley via social media, adding more fuel to the impending fire. Christian has been on nothing short of a roll in GCW, securing victories over Gringo Loco, Shane Mercer, Jordan Oliver, and others in recent months. These victories will serve him well, providing him with the momentum he needs to challenge Moxley this Friday. Can the young high flyer make a name for himself or will Moxley successfully defend his gold for the fifth time?

The People vs GCW will take place in Nashville, Tennessee on July 29, 2022.

Stay tuned to the Last Word on Pro Wrestling for more on this and other stories from around the world of wrestling, as they develop. You can always count on LWOPW to be on top of the major news in the wrestling world, as well as to provide you with analysis, previews, videos, interviews, and editorials on the wrestling world. The People vs GCW is set to air Friday at 10:30 PM CDT on FITE. Tickets are also available via Eventbrite.

Breaking: Philadelphia to Host WrestleMania 40 in 2024
Opinion: What’s Next for Ring of Honor in 2022?