The Owen Hart Foundation Memorial Tournaments kick off this Wednesday night on Dynamite as the Men’s and Women’s eight-wrestler fields are set and the brackets have been released. There are exciting first-round matchups in both tournaments and they both should lead to exciting finals at Double or Nothing. Being the first winners of “The Owen” should have their perks besides just making history, but it will be a fantastic accolade to add to the resume as this, by all accounts, is the first official annual tournament of All Elite Wrestling (AEW). The Men’s bracket seems a bit more predictable while the Women’s bracket really is a toss-up. Here’s a look at the bracket, each competitor, and who could walk out as the winner of the first Owen Hart Foundation Memorial Women’s Tournament. 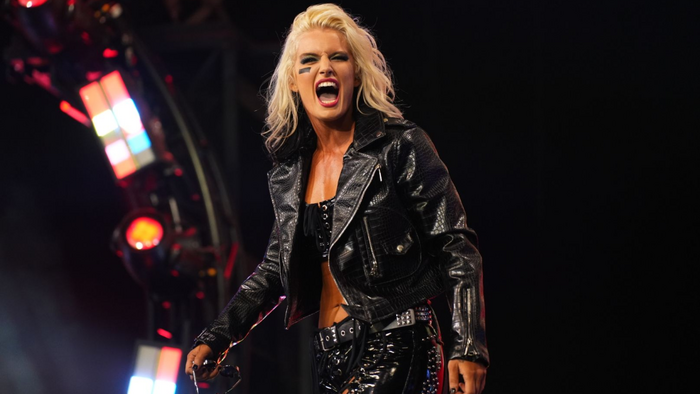 Toni Storm feels like the obvious favorite for the tournament. In her AEW debut, she became the first woman to qualify for the Owen Hart Tournament when she defeated The Bunny. Since the victory, Storm has spent her time sharing a war of words with Britt Baker and Jamie Hayter. Makes sense seeing that Tony Khan made sure Storm and Hayter would face one another in the opening round of the tournament. Storm is as credible as can be to be the first Owen winner. With accolades that feature being a former World of Stardom Champion, former NXT United Kingdom Champion, and the winner of the second Mae Young Classic and 2017 5 STAR Grand Prix in Stardom, it sure feels like Storm being favorited to win yet another tournament is the understandable move here.

Jamie Hayter has a shot to break brackets from the start. Her opening round match with Storm will be the one to watch closely as whoever walks out of that match could very well be the winner. Hayter has done nothing but show signs of greatness in her time as the No. 2 to Britt Baker, having some fantastic showings and picking up big wins to get her in this tournament. Entering the match, Hayter will be the underdog. But she’s on the brink of a breakout and a win over Storm plus going forward in the tournament could be the exact breakout man fans expect from her. Looking at the lineup of talent, Hayter is at the bottom half of likely winners but at the top of the list when it comes to being the underdog of the tournament. 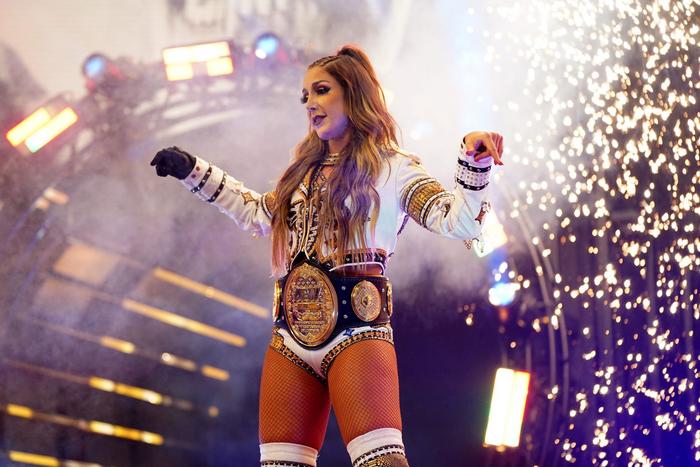 Britt Baker is the franchise of the AEW Women’s Division and will continue to be so, win or lose in this tournament. That being said, Baker is an obvious favorite to win the Owen. Since losing the AEW Women’s World Championship, Baker has been trying to find momentum again and there’s no doubt this tournament can be the answer. She’s been tossing jabs back and forth with both Toni Storm and Ruby Soho which surely is not a mistake. Assuming Baker can defeat whomever her opponent is in the first round, a matchup with Storm feels like destiny in the semifinals. The help of Rebel and Hayter could lead her to victory… unless she has to face Hayter in the semifinals instead of Storm. Then it gets very interesting.

Ruby Soho has had an odd run in AEW thus far but one that has featured success, including in the tournament format. She debuted at All Out during the Casino Battle Royale, winning the match as the Joker entry and going onto the main event Dynamite: Grand Slam for the AEW Women’s World Championship. While she came up short there, Soho made it to the finals of the TBS Championship tournament before losing to reigning champion Jade Cargill in the final. This is another shot for Soho to make a run to success but an opening round draw of Riho makes that seem unlikely. 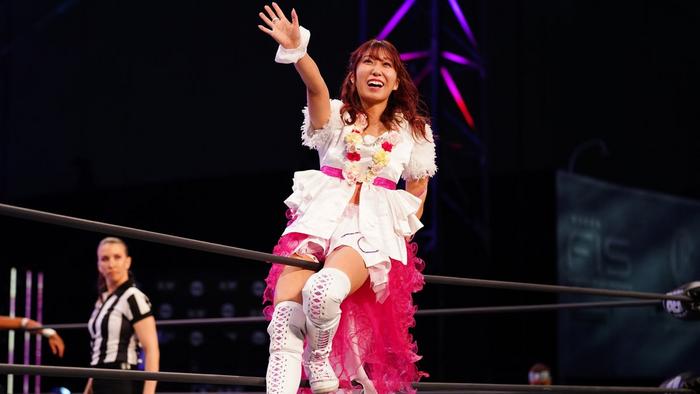 Riho returned to AEW following her injury to qualify for the Owen Hart Tournament by defeating an inspired Yuka Sakazaki in the best qualifying match of the tournament so far. The inaugural AEW Women’s World Champion has had a difficult couple of years since losing the title but there’s no better way to remind fans of her greatness than winning this tournament. If you’re looking for a favorite outside of Toni Storm, Riho might be at the top of the list with fellow former champion Hikaru Shida. She didn’t seem to miss a beat in her return from injury so it’s time to get excited for her potential run to win the Owen.

The resident “Baddie” of the tournament will get a shot to surprise some people. Drawing an opening-round match with Hikaru Shida, Red Velvet will look to show that The Baddies are not the trio to mess with. Whether Jade Cargill and Kiera Hogan will be ringside to support her is yet to be seen, but Velvet has what it takes to make a run with or without them. With a new attitude and demeanor, Velvet is probably the underdog of the tournament but the one with the least to lose as well. Beating someone like Shida would mean massive things for her future in AEW. 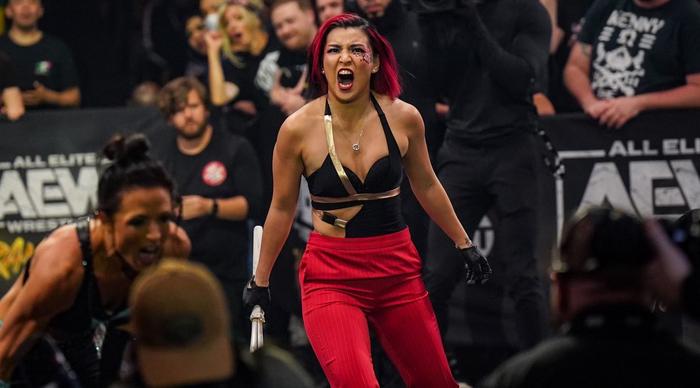 Losing the final match of her rivalry against Serena Deeb has seen Hikaru Shida go in an opposite direction. While Deeb will compete for the AEW Women’s World Championship, Shida will do what she can to get back on track by using the Owen Hart Tournament to do so. It’s been a year of trying to bounce back for Shida, who has not been able to gain much momentum since losing her gold at Double or Nothing a year ago. If she were able to go to Double or Nothing with a shot to win such an important tournament, it could be the start of another “Holy Shida” run. The former AEW Women’s World Champion will kick off the tournament against Red Velvet and assuming she wins, could be facing either Riho or Ruby Soho in the semifinals. Shida has a real shot to win.

The Joker returns. A mystery that is more often than not a debuting wrestler will take on Britt Baker in the opening round. But who could it be? Names that come to mind include Athena (fka Ember Moon), Candice LeRae, Nixon Newell (fka Tegan Nox), or maybe it’s someone that no one has in mind. No matter who it may be, it’s going to be interesting how Baker handles the mystery. The Joker has an advantage and opportunity to make a splash in the tournament thanks to the mystery surrounding them.

Who Will Walk Out as the Winner? 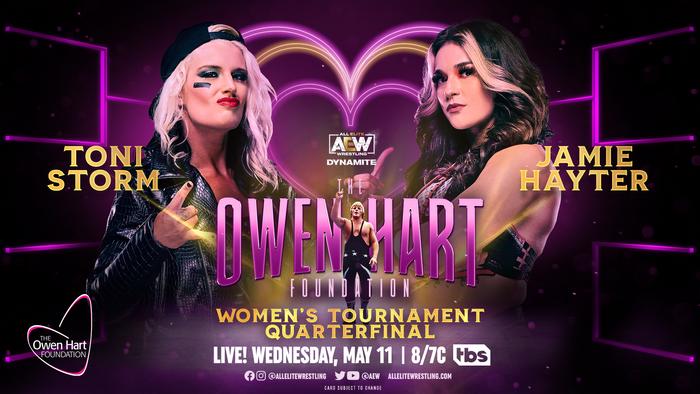 This is Toni Storm’s tournament to win. Since her debut, it became clear this was hers to win. Being the first to qualify helps the cause but she’s going to be a top player in AEW for years to come and can start that road with a win in the first Owen Hart Foundation Memorial Tournament. Her road to the finals consists of a matchup with Hayter and Baker. The finals then could mean a match with two former AEW Women’s World Champions, which only benefits her in the long run if she can make that type of run through the tournament. Other options to win are Riho, Shida, or the Joker however a Storm Zero by Storm should be what closes the Women’s Owen.