The feud between Charlotte Flair and Ronda Rousey is nowhere near over as Rousey had Flair tapping at WrestleMania. As we know, the referee didn’t see it and it led to Flair being able to pick up the victory with a big boot and a stunning pin. While the feud between these two has been lackluster at best, an “I Quit” Match between them will bring out the one thing this feud has brought to the table perfectly – physicality. Their WrestleMania match was one of the most physical of the whole event but this is sure to make that seem like nothing.

Rousey has been getting closer and closer to her previous form and this feels like her match to win. If there’s a match that heavily favors her, it’s this one. Rousey has made Flair tap on numerous occasions and in no way will say “I Quit” against “The Queen.” It’s just a matter if Rousey feels like breaking the arm of Flair or not, which might sound like a bit much but the way these two have been talking, all signs point to this being the only outcome. Expect this to be physical, personal, and the best match of their current series with a potential blow-off match coming on the next PPV. Prediction: Ronda Rousey 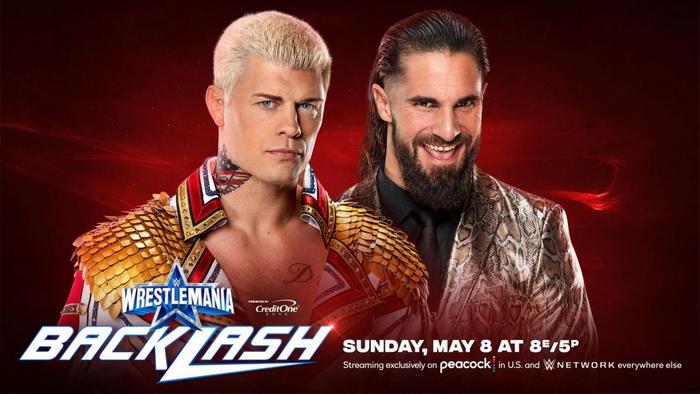 Since the moment “Kingdom” played throughout AT&T Stadium, Cody Rhodes has been the face of Monday Night Raw. His victory over Seth Rollins proved that his move from AEW to WWE was worth the move as he received a hero’s welcome. Now, “The American Nightmare” will have to take on Rollins when he’s prepared for the match. Everything about this rivalry says a best-of-three series but Rhodes could have Rollins’ number to avoid that altogether. Rhodes has been fantastic and right at home as he kicks off his road to the Undisputed WWE Universal Championship and if he’s able to defeat Rollins here, all signs point to a title match coming sooner than later.

Rollins, on the other hand, has been out of his mind when it comes to wanting to get payback on Rhodes. “The Architect” feels with the knowledge of Rhodes being his opponent, there’s no way he can lose. That remains to be seen. But Rollins knows what is happening. The walls are closing in on him being “the guy” of Monday nights with “The American Nightmare” around. This match should be another great bout that could see Rollins do anything in his power to get this win and even it up between them. Desperation is settling in. Prediction: Seth Rollins