Pizza Party Pro held their last show at The Wrestival and Super Shindig will be their first show of 2022! This certainly promises to be a party as this card is stacked, and who doesn’t like pizza? Let’s take a closer look as Pizza Party Pro presents Super Shindig. 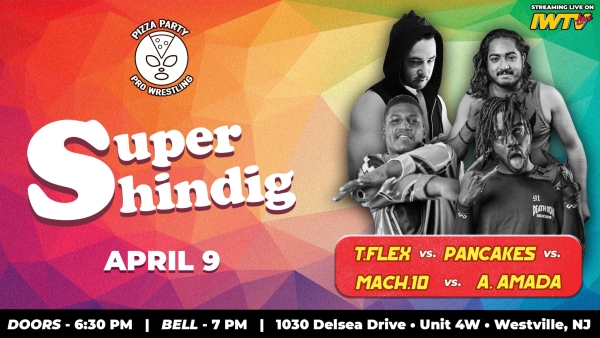 T Flex vs Pancakes vs Mach 10 vs Athrun Amada

Four wrestlers, some of which you may not know the names of; after this match, you will know all of them. The odds on favorite to win this match is Pancakes, but don’t think a win couldn’t be pulled off at any time by any of these wrestlers. 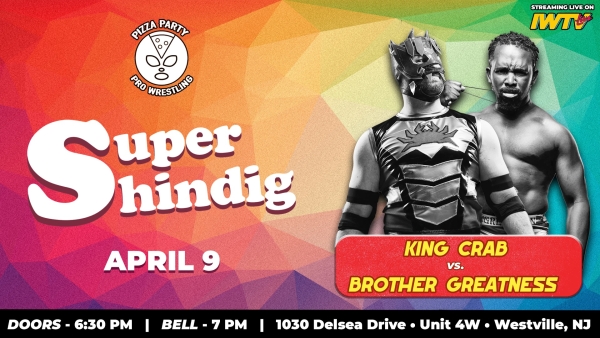 King Crab and Brother Greatness both seem to be wrestlers who are out there making waves, having matches that are so solid and yet it doesn’t feel like enough people are talking about them. For both Crab and Greatness, this match won’t feel like it’s as much about winning or losing but making a statement and refusing to continually be ignored. 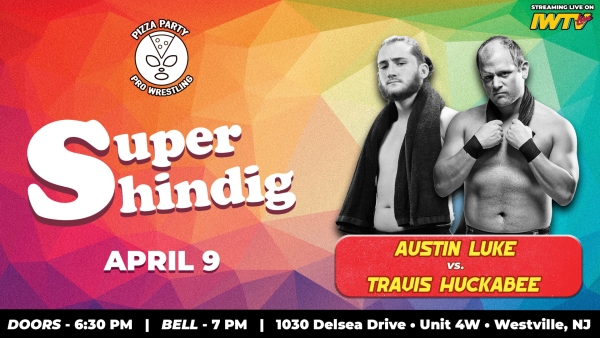 Back at the end of 2021, Blitzkrieg! Pro had a show called Shoulder To The Wheel, and thought most footage of it cannot be found, this match did take place at that show. Travis Huckabee has been at the technician game for quite some time, but it feels like Austin Luke is about to peak. This is going to be a match full of hard kicks and suplexes, and it is going to be a thing of absolute beauty. 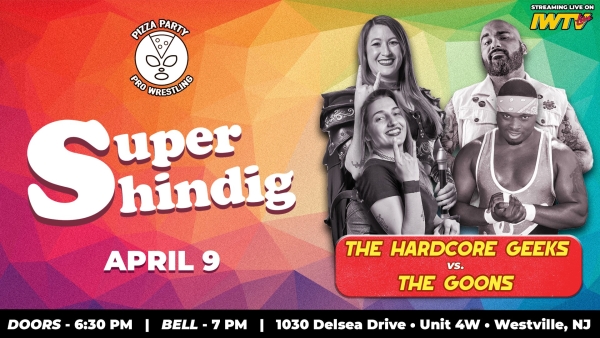 The Hardcore Geeks vs The Goons

While Kennedi Copeland won a match against Myles Millennium back at The Wrestival, Robb Radke was there. Now, Radke will team with fellow Goon A.K. Willis to take on the team of Copeland and Riley Shepard. Though the Hardcore Geeks are known for carrying swords to the ring with them, the scuttlebutt on Twitter this past week or so seems to imply that they’ll be bringing light tube swords and they will be legal! Things do not look good for The Goons. 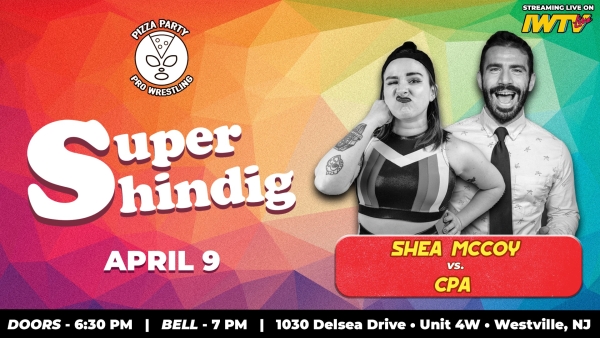 Shea McCoy remains one of the most underappreciated wrestlers out there today, even when teaming up as part of The Outfielders. CPA must be going through some things since tax season is at its worst now; whether this makes CPA mad enough to win the match or distracted enough to lose it remains to be seen. This will be a great match none the less and everyone should remember to pay their taxes. 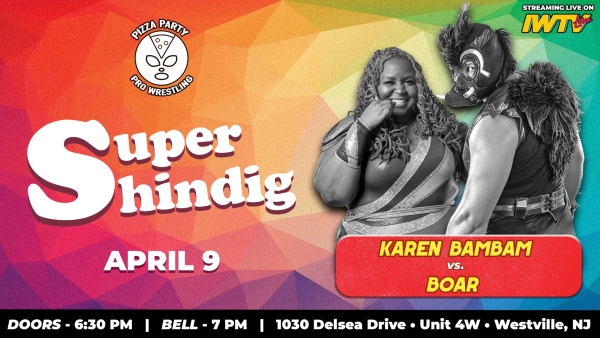 It is difficult to think of someone who didn’t feel like an underdog being across the ring from BOAR. But then, you have Karen Bam Bam, who has been claiming her throne in 2021 and bringing all of that positive energy into 2022 as well. This is going to be a certified HOSS match and if you’re into wrestlers shoulder blocking each other and neither falling down, this match is for you. 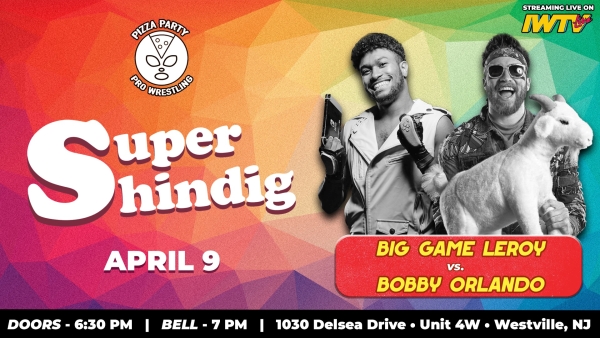 Big Game Leroy and Bobby Orlando are two wrestlers who are both known for different unique qualities; at Pizza Party Pro Super Shindig, they finally meet inside the ring for the first time. Leroy is known for bringing his Nintendo Switch into the ring and playing it while wrestling, but Orlando is also known for bringing Bobby Jr to the ring with him. How this all plays out into the match- between goats and video games- is going to be something which simply feels magical. 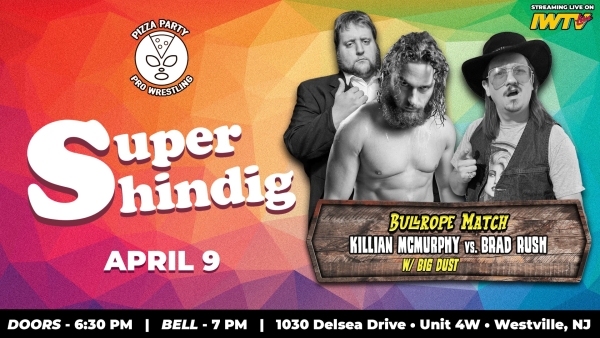 Killian McMurphy and Brad Rush have a history and though it didn’t start in Pizza Party Pro, it is looking to end at Super Shindig. McMurphy has just been on an absolute roll lately and that might be the momentum that sees the win. The fact that this is a Bullrope Match, though, leaves an unpredictable element where it feels like anything can and will happen.

This action and pizza all comes together on Saturday, April 9, 2022 in Westville, NJ. For tickets and more information, please visit:
https://linktr.ee/pizzapartypro

Stay tuned to the Last Word on Pro Wrestling for more on this and other stories from around the world of wrestling, as they develop. You can always count on LWOPW to be on top of the major news in the wrestling world. As well as to provide you with analysis, previews, videos, interviews, and editorials on the wrestling world. You can learn more about Pizza Party Pro on Facebook and Twitter.