When All Elite Wrestling (AEW) announced the TBS Championship, it presented this almost first-time scenario in a major American wrestling promotion to give the women’s division a secondary singles championship. As we have seen with the TNT Championship on the men’s side, it has always been clear that these are not mid-card titles but a whole other version of championship from the AEW World Championship. Through champions like Cody Rhodes, Darby Allin, and most recently Miro, it has felt as though AEW has two top-tier belts and the hope is the TBS Championship can be in the same light. But who should be the first to establish a legacy for the newly established championship? There’s no better choice than Jade Cargill.

Cargill has been unbeatable despite her limited experience in professional wrestling and for good reason. She is not a star in the making but has already reached that level. From the Storm-inspired entrance to the unmatchable strength and natural ability, she has screamed star since she first stepped foot into AEW. Many fans are going to hope that someone the likes of Ruby Soho or Cargill’s semi-finals opponent Thunder Rosa is able to sneak through to the finals and win, but Cargill’s potential as an undefeated, unstoppable champion is limitless.

There are few in wrestling since the days of Goldberg in WCW that have become so dominant and stayed as dominant by jumping into a ring for the first time and just having it. Cargill very well might be the best answer to that when thinking back because most of the time, promotions have given someone the monster push only to cut the legs out from it and make them one and the same. That’s why there is only one Goldberg. WWE has been best at doing pushes like these. Ryback is the answer many have as someone who was dominant, unstoppable, and an instant fan-favorite before being stopped. Heck, even Goldberg’s first loss was a complete blunder on WCW’s part.

One thing AEW has done incredibly well, for the most part, is making wrestlers feel special and even more importantly — staying special. The one downside on AEW’s booking can be and should be the booking of “monster” heels from the start, which makes Cargill unique once again. Brian Cage, Lance Archer, and Miro all come to mind as those who came in hot but fizzled out because of big matches too soon. At least Miro was able to turn it around from the terrible “Best Man” gimmick to becoming “The Redeemer” and ultimately “God’s Favorite Champion.” Cargill has managed to avoid the fizzling out by remaining undefeated and rightfully protected, setting her up for what can be a special title reign as the first TBS Champion.

This isn’t saying that a loss for Cargill to Rosa or Soho whether it be the semis or the finals will drift her off of what should be a successful career as a pro wrestling star. What this all is saying is that AEW has one shot to make that a reality and then some. As Cargill grows as a wrestler, she shows more and more that she was the can’t-miss prospect that many believed she could be when she debuted. Her first match was teaming with legitimate worldwide superstar Shaquille O’Neal after all. Sitting at 19-0 in her career isn’t necessarily a Goldberg mark or anything but it is a mark that shouldn’t be receiving a blemish anytime soon. 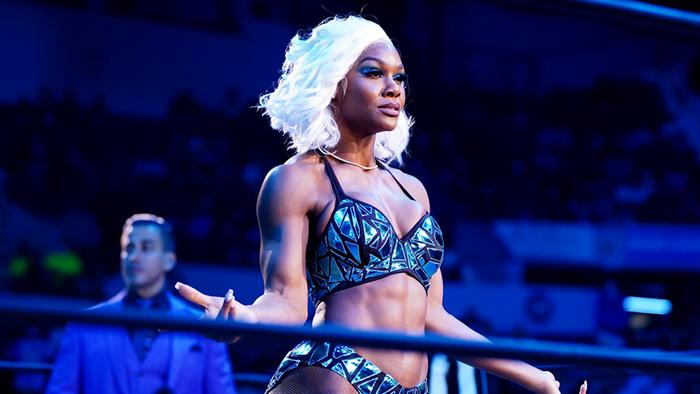 A TBS Championship Tournament win for Cargill creates and accomplishes more than anyone else winning would. First off, Cargill becomes this instant top star for the promotion moving forward who can only benefit from defending against the likes of Soho, Rosa, Hikaru Shida, Riho, and many others. That experience she’d gain along with respect for such massive wins would only continue skyrocketing her as what is so difficult to find in wrestling — the complete package. Second, you set up the TBS Championship to become prestigious from the start with Cargill having a reign that goes on for a number of months. And finally, whoever were to beat Cargill and end her undefeated streak would benefit greatly from it. It should be one of the easiest ways to build in professional wrestling and AEW more than other major promotion gets that currently. She isn’t winning the AEW Women’s World Championship anytime soon and if that’s what they are waiting for with Cargill, then it might be too late by the time her shot arrives.

Make Jade Cargill an even bigger star by establishing her and the brand new championship out the gate. Build another star when they eventually dethrone her in the end. As she says, “I’m that b–ch” and being the first TBS Champion certainly drives that point home that much more.