Friday Night SmackDown is here once more! Coming fresh off the heels of yet another cruel, unjust batch of WWE releases, this is once again an episode with an aura of negativity surrounding it – even the King of Positivity, Xavier Woods, can’t make this one feel good. SmackDown itself was affected, with the release of recently promoted stable Hit Row no doubt leading to a last minute change of plans. Yet here we are, previewing the show. Oh, it’s also the go-home edition ahead of Survivor Series. It is a good thing the WWE aren’t doing everything in their power to make sure we are talking about everything but that event. Let’s dive right in.

We The Kings. #Smackdown pic.twitter.com/hQ0ltdSGmz 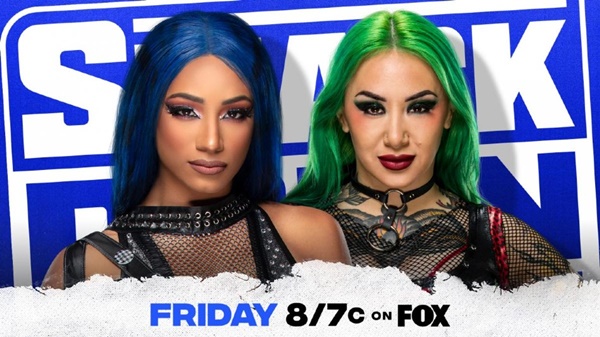 In addition to losing her second name, the former Shotzi Blackheart has now also lost her former tag team partner, Tegan Nox, who was released from her WWE contract last night. Shotzi will need to remain focus, however, as her opponent is one of the most distinguished competitors in all of WWE, “The Boss”, Sasha Banks. These two have been feuding for a few weeks now, with Shotzi even somehow turning Sasha back into a babyface for reasons which don’t quite make sense giving Sasha a heel who had previously attacked a babyface Shotzi. Who writes this? Anyway, here we are – with yet another match between these two competitors. Both superstars will be a part of the SmackDown women’s team in the traditional Survivor Series elimination tag team match, so this is a primed opportunity for them to put their differences aside. Will they? Probably not. Oh and for those who might not be aware, Toni Storm is on the team now. Just thought we’d mention that for those who watch the show but might not have access to Twitter, where they announced the change. When WWE make random changes to supposedly important matches on Twitter just two days before a “Big Four” PPV, we’ve got your back.

– With Big E and Roman Reigns set to face off in a WWE Champion versus Universal Champion match at Survivor Series this Sunday, expect a final confrontation between The Bloodline and The New Day.

– Survivor Series teams are yet to be finalized. With the show just two days away, hopefully they get finalized tonight.