Match Point is an ongoing series at Last Word on Pro Wrestling, where we look at intriguing matchups in indie wrestling and beyond. They may be dream matches, first-time matchups, or hotly anticipated rematches. This edition looks at Eddie Kingston taking on CM Punk at AEW Full Gear 2021.

It’s funny, really. AEW: Full Gear is an absolutely stacked card this year. Long-time builds which have taken place over the course of months – and in the case of the brilliant Adam Page & Kenny Omega storyline, years – largely dominate which is widely expected to be a tremendous night of wrestling. Yet, one of the matches which has become one of the most eagerly anticipated has only needed two weeks of build-up. CM Punk and Eddie Kingston have somehow forced their way through to become one of the hottest feuds in AEW and all of professional wrestling in just two weeks.

We're less than 24 hours away from the very personal war between @MadKing1981 & @CMPunk at #AEWFullGear TOMORROW on PPV! Watch #AEWRampage LIVE on @tntdrama NOW pic.twitter.com/c7rtPGZa4s

Eddie Kingston vs. CM Punk at AEW Full Gear: The Time for Talking is Over 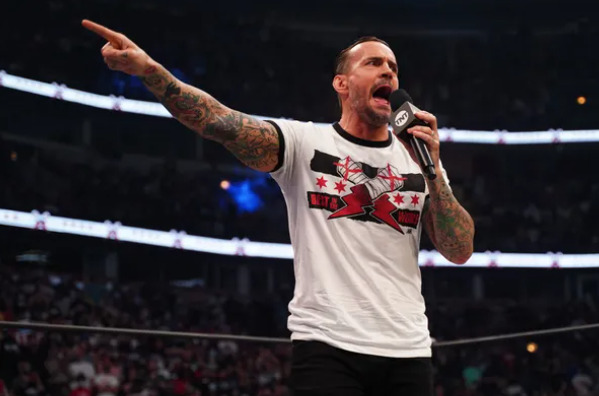 Make no mistake: if anyone was going to sell a match in just two weeks, it is these two. We all know who CM Punk is – the former (because he retired this nickname recently) “Voice of the Voiceless” notorious for shoot promos which succeed in blurring the lines between reality and kayfabe. A wrestler who has succeeded, for the past two decades, in making the audience believe in everything he has to say; it is the source of his natural connection with the fans, which led to him being dearly missed during the seven and a half years he spent away from the ring.

What many are now finding out – and what the rest of us have known for years – is that Eddie Kingston is every bit as good on the microphone. Much like Punk, who Kingston recounted as a “former hero of mine” during their fiery exchange on AEW Rampage last week, Kingston has that same ability of being able to “blur the lines” between reality and kayfabe – it is a talent you can’t simply develop, either. You either have the ability to cut promos like that, or you don’t. Kingston and Punk are two of the very few who have that gift and as soon as they collided a few short weeks ago, it was always going to create buzz; draw attention and become one of the hottest feuds in wrestling today. Tonight, at AEW: Full Gear, both men will be looking to shut the other up. Kingston has made it clear that he’s not overly concerned about winning or losing; he just wants to hurt Punk for past grievances against him. Kingston is in the role of Punisher. For Punk, it will be more about winning and teaching Kingston (what he will see as) a deserved lesson in respect at Full Gear. The time for talking is over – the time for fighting is tonight, at AEW Full Gear.

Stay tuned to the Last Word on Pro Wrestling for more on this and other stories from around the world of wrestling, as they develop. You can always count on LWOPW to be on top of the major news in the wrestling world. As well as to provide you with analysis, previews, videos, interviews, and editorials on the wrestling world.  You can catch AEW Dynamite Wednesday nights at 8 PM ET on TNT and AEW Dark: Elevation (Monday nights) and AEW: Dark (Tuesday nights) at 7 PM ET on YouTube.

Match Point: Dr. Britt Baker DMD vs. Tay Conti for the AEW Women’s World Championship at AEW Full Gear
From Prodigy To The One: The Year of Utami Hayashishita