Feb. 8, 2016. The day that Bryan Danielson was forced to retire from in-ring competition in his run with WWE. March 20, 2018. The day that Bryan Danielson was cleared to wrestle once again. For anyone that remembers those three years, we knew that it was not Danielson’s idea to retire but rather WWE having him under contract and not allowing him to compete. Every WWE-approved doctor would not clear the fan-favorite while doctors that Danielson saw on his own did. It was a situation where Danielson was growing frustrated and lost so much of his career waiting on the sidelines. That brings us to 2021, where Danielson is doing everything in his power to make up for all the time he lost as a professional wrestler.

There might be no one in the world that lives and breathes professional wrestling more than “The American Dragon.” We have seen it countless times already since his debut in AEW, Every single match means more to him than the last one. Every match allows the world to envision how Danielson sees professional wrestling. The matches that he has had since debuting at All Out have instantly reminded people that the man who was in WWE for a decade wrestling to their style simply has been the best in the world all that time — even when he was on the sidelines. It has been a run already that is seeing “The American Dragon” shine brighter than ever before, reminding us as fans that this is his opportunity to recapture and make up for all the matches that he missed out on.

Bryan Danielson’s new chapter in AEW started with the biggest of matches possible, challenging Kenny Omega to a match to prove who is the best. Rather than competing for the AEW World Championship, Danielson began his goal of showing that he was the best by going for the one many calls the best. What followed was potentially the best AEW match of the year, one of the best television matches of all time, and an instant reminder that Danielson is as good as he says. They faced off for 30 minutes before the time limit being the stoppage to the match, but the visual of Danielson locking in the Lebel Lock after the bell will be one that isn’t forgotten anytime soon and only further proves that he was seconds away from defeating the world champion.

Danielson kicked off his AEW career with the best showing possible, indicating that the “YES” ghost of himself was left with Roman Reigns on SmackDown, and “The American Dragon” is only kicking heads in moving forward.

Unknown to anyone until about 24 hours before, Tony Khan gave the world one of the more exciting matches one could think of for free on YouTube to compete with Friday Night SmackDown on FS1 after WWE attempted to take viewers away from Rampage with a “Supersized” edition of their show. It was Bryan Danielson going one-on-one with Minoru Suzuki in what people could rightfully call a “dream match” of sorts. The two men wrestled in the main event of a special Buy-In, tossing elbows, forearms, and kicks for nearly 20 minutes. It was one of those wrestling events where it actually felt like everyone was watching it. The strikes only got louder as the match went on, resulting in a standing ovation for Suzuki and Danielson.

Danielson was able to hit his signature Running Knee to take the win from Suzuki, but it was the first example of Danielson wrestling a cool match because he could and the world won because of it. Again, making up for the lost time by watching his own skull get carved by the forearms of “The King.” Can’t beat that.

Dustin Rhodes is as much of a vet as there is in wrestling today when it comes to full-time active competitors. And his pairing with Bryan Danielson in the first round of the AEW World Title Eliminator Tournament meant it was a chance for him to show that he can still go as well. Danielson is the man to get greatness out of everybody and get former greatness out of someone like Rhodes. These two had a different match from either of the previous bouts we discussed with Danielson. Instead of this “epic” main event or a full-out war of strikes, they worked the more old-fashioned style that helped remind Rhodes how great he can be still at the age of 52.

It was all about the details in this one. From Rhodes hesitating to get back in there with Danielson to him heating up as the match went on, realizing that “hey, I can still do this.” It was magical. Fantastic. And everything that makes pro wrestling great. If you told someone in January that Daniel Bryan was going to leave WWE and compete in an AEW World Championship tournament against Dustin Rhodes in October, not a soul would have believed you. Yet here we are and wrestling is better for it. “The American Dragon” can work any and every style, making him the best there is right now — at the very least in the conversation. 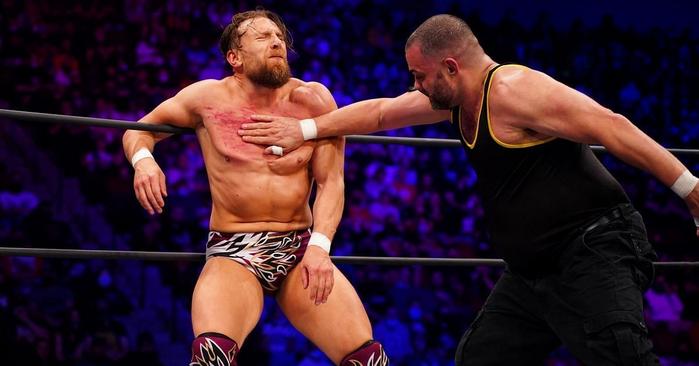 There’s no wrestling Eddie Kingston. There’s only fighting and that is what Bryan Danielson was willing to do for a spot in the AEW World Title Eliminator Tournament final. There wasn’t a moment in this match where one could sit back and not feel pain themselves. Whether it was the blood-red chest of Danielson from the never-ending chops of Kingston or the chest-caving kicks of “The American Dragon,” pain was the name of the game here. But that’s what Danielson brings out of his opponents. The best performances possible. Kingston had a fire lit by Danielson who challenged Kingston as a competitor mentally, pushing “The Mad King” to the edge of, well, madness.

There’s such thing as “beautiful violence” and this was the match that defines it. The trading of chops, kicks and anything else they could conceivably throw at each other was a great preface to the ultimate finish. Danielson would lock on a Triangle Choke. Kingston, the survivor and fighter he is, did not tap. He instead flipped his middle finger to Danielson as the lights were going out. “The American Dragon” didn’t take kindly to this as it was elbow strikes to the top of Kingston’s head that would add to what was a passing out “Mad King.” Danielson won, exhibiting that no matter the style, no matter the finish, he’s here for greatness and nothing less.

Only The Beginning for The Reborn Dragon 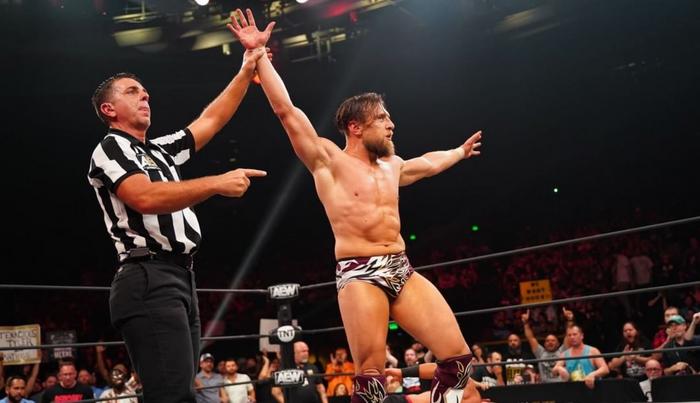 Denying Bryan Danielson a chance to wrestle never seemed like an easy decision. “The American Dragon” missed multiple years of action due to injuries and a retirement that was out of his hands. It’s only been two months of Danielson in AEW and he’s seemingly never been more alive as a performer than he is now. Wednesday night he will face NJPW’s Rocky Romero, Saturday night will see him take on Miro in the finals of the AEW World Title Eliminator Tournament. After that? Who knows where Danielson will be wrestling. Hangman Page and Kenny Omega are at the top of the list, of course, with a tournament win gifting him a shot at the belt. But it’s wrongful to not start and dream of what Danielson could be looking to do in the coming months.

Is it difficult to go as far as predicting potential matchups with NJPW wrestlers? Maybe but we already got Suzuki, Romero is next, and NJPW wrestlers will be in the country for Battle in the Valley out in California. Nothing is impossible. Danielson has proven that and it’s perfect for people to dream of what will be ahead for “The American Dragon.”

He’s not wasting his time anymore. Danielson is making up for it and then some. Expect dream matches, expect wars, expect classics. There’s no ceiling to what he’s going to do and as fans, it’s an honor to be a part of the ride. What’s next? Anything.

“The American Dragon” is back.