Tonight’s episode of Friday Night SmackDown is a supersized edition of the show; two and a half hours of WWE which, for that final thirty minutes, will be directly competing with AEW Rampage. Is this a taster for a potential Friday Night Wars? Unlikely… at least for now. However, it is clear that WWE desires to prevent viewers tuning into TNT during the main event, as they have even made the promise that the final thirty minutes will be ad-free. In retaliation, AEW will be screening a free-to-air Rampage “buy-in” on YouTube, which will be directly competing with SmackDown and boasts Bryan Danielson versus Minoru Suzuki. It sure smells like war. Enough about Rampage though, you can read our Rampage preview for that. Let’s jump into the SmackDown counterpart, which is the go-home edition ahead of the upcoming Saudi Crown Jewel event next week.

King of the Ring Semi-Final: Finn Bálor vs Sami Zayn 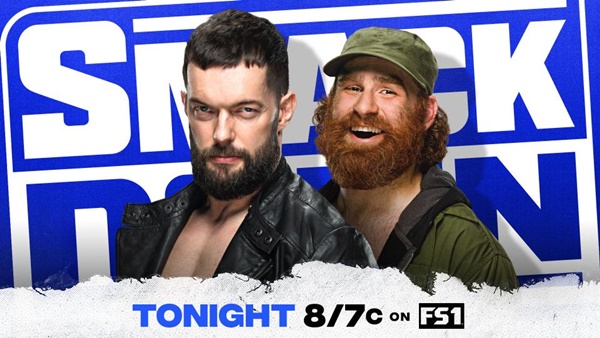 The Prince, Finn Bálor, takes on Sami Zayn in SmackDown’s King of the Ring semi-final this week. This is a tricky one to call, as both men could just as easily win the whole thing. Sami’s character, perhaps more than any other entrant, fits the bill of deluded King and as most King of the Ring winners tend to go down this route, Sami certainly fits the bill. Finn, however, is already “The Prince” – winning the tournament would see him drop the nickname and gain a promotion. With Xavier Woods facing off against Jinder Mahal in the other semi-final, and with Xavier being the favorite for said semi-final, perhaps Sami Zayn would be the preferred opponent in the final. Either way, this is a match between two top tier NXT 1.0 alumni, so hopefully we get an excellent match. 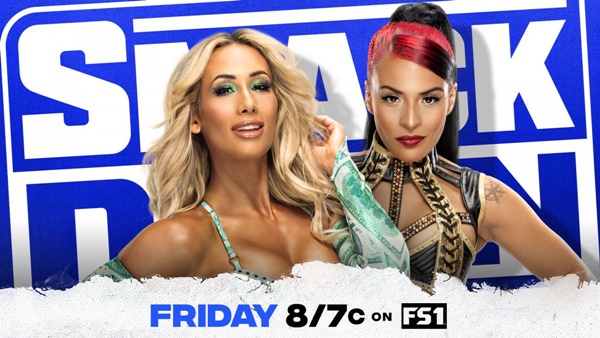 This is a match which pits two similar heels, who have been working together a lot recently, against one another. For that reason, it is hard to pick a winner. Zelina Vega comes into this match after scoring an impressive (ludicrous) victory over Toni Storm last week, whereas Carmella overcame Liv Morgan. With Carmella recently doing the new gimmick with the weird glittery mask thing, this probably means creative has some kind of plan for her and, therefore, expect a Carmella victory. The women deserve more time, so hopefully they are given more than a two minute squash, as has been the case recently. Having three women’s matches on one show is great progress for the company, but if two of them combined are shorter than Roman Reigns‘ entrance, then that is a waste. 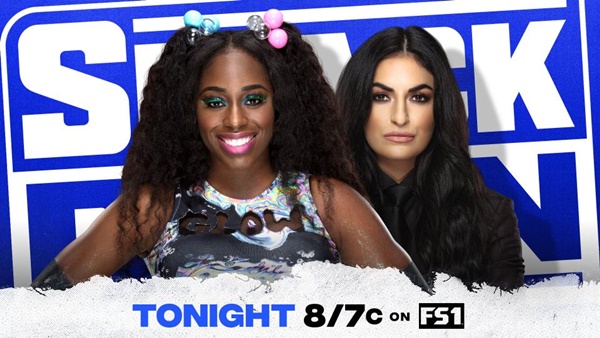 We must confess, this has been a very interesting feud on SmackDown for a number of weeks now. After returning to SmackDown following some time off, Naomi was big leagued by authority figure Sonya Deville, who has pretty much been ignoring her talents ever since. Naomi is a multi-time champion in the WWE, whereas Sonya Deville is not; so we, as the audience, all recognize that Sonya’s character possesses a degree of jealousy towards Naomi. This has culminated in tonight’s match which, should it go ahead at all, could be solid. Naomi has been an unsung hero in the WWE for years now and Sonya is one who possesses all the tools, talent and potential to be a key player. Expect a good match which finishes under questionable circumstances. 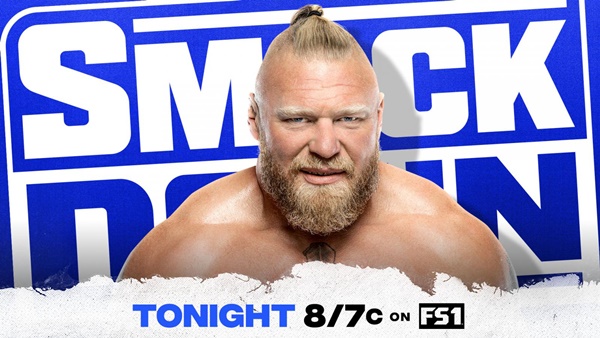 Brock Lesnar and Roman Reigns have been embroiled in what is undoubtedly the most enjoyable feud in the company currently. For years, these two have feuded with the roles reversed; Roman as the babyface and Lesnar as the monster heel, with Paul Heyman in his corner. Now it is the other way around and this change in dynamic has been excellent. Lesnar is taunting Roman; playing mind-games over Heyman’s allegiance. Roman is doing a tremendous job of acting unsure of Heyman, whilst maintaining that he has a plan to slay The Beast one final time. Heyman, as always, is doing great in his role of devotee to Tribal Chief tormented by previous, historical alliances. This is their final moment to promote Crown Jewel’s big match, so expect something big to happen. 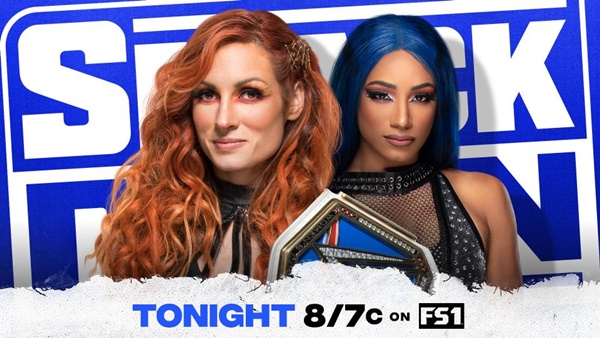 What more can be said about these two? Two of the biggest names in all of wrestling, they have had a number of excellent matches over the years. Tonight, they get to do it once more in a singles, non-title match. Becky Lynch, for all her greatness, has been polarizing in her new, heel role. Some like it and many don’t. Sasha Banks, who is involved in a feud with Becky and Bianca Belair, is something of a tweener right now – with Belair undoubtedly the babyface in the feud. This being a non-title match, whilst disappointing, does not diminish what what no doubt be an excellent match and if there is any one segment or match to tune in for tonight, it is this one. At Crown Jewel, Becky might well drop her SmackDown Women’s Championship and if so, this might be the last time we see her with it on SmackDown. Tonight’s supersized SmackDown is live on FS1, tonight at 8/7c.

Heels on Starz Season One: Running Down the Positives and Negatives
Preview: AJPW Champions Night 2 (10/16/21)