As the annual WWE Draft draws closer by the day, LWOS Pro Wrestling thought it would be best to join the festivities that come with the event, marking an official 2021 WWE Mock Draft. With so many questions still to be answered regarding what the draft will do to both rosters, LWOS took their best shot at providing an idea of what the rosters will be once completed. One person selected for each brand, giving a more authentic feel. Scott Edwards dawned the red for Monday Night Raw while Alex Richards took over for Friday Night SmackDown. The draft follows the same format as the past number of WWE Drafts since 2016. Here are the results: 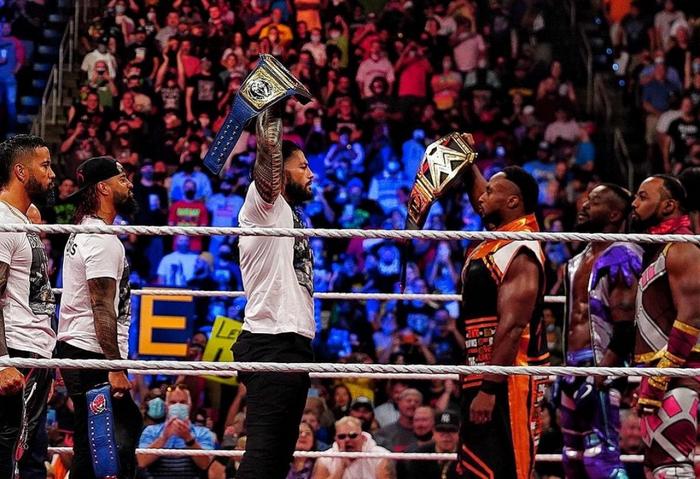 Both brands beginning with The New Day and The Bloodline feel like a layup as we head towards each lead man being world champion. Big E representing Raw moving forward doesn’t seem like a mistake WWE made when he became WWE Champion. The likelihood that Roman Reigns remains on the blue brand is another slam dunk as well. It’s after that where the draft really shakes up each roster. Becky Lynch heading to Monday nights instantly gives the women’s division a new feel that it has so desperately needed over the past number of months. SmackDown snatching up both Bianca Belair and Charlotte Flair gives them a new top feud to build around on their brand. Both women’s divisions coming out of this feel fresh, which was a major goal for anyone who has been paying attention.

Shayna Baszler‘s draft spot in the real WWE Draft will be one to watch closely as her path of destruction sets her up to be a special get for Raw or SmackDown. Drew McIntyre moving brands to set up a potential showdown with Reigns for the Universal Championship not only feels right but is one of the more predictable brand switches that fans can expect.

WWE will be working to please both NBC and FOX, making this draft one of the most important moving forward. Hopefully, this WWE Mock Draft manages to give an idea of what we could see come Friday and Monday.