Friday Night SmackDown returns to Wells Fargo Center in Philadelphia, Pennsylvania, with the Extreme Rules go-home edition of the show. It is always a good week when we have segments to preview, so this is a good week. We have no less than three confirmed segments/matches to take a look at, as well as some of the more obvious segments likely to take place ahead of Extreme Rules. Let’s dive in!

King Nakamura (with Rick Boogs) has been beating Apollo Crews (with Commander Azeez) every week for months now. So, then, how is it that Apollo Crews deserves a rematch? Who even knows anymore. The match, quite frankly, does not make sense. Additionally, it is difficult to see Crews winning here, as it is far too premature for Nakamura to lose and, furthermore, Crews’ star has been diminished somewhat by constant defeats at the hands of the “One True King”. A victory here only serves to cool off Nakamura, who is somewhat resembling the star he should have always been. Tune in to see if Crews can pull off the upset. We doubt it. Then again, crazier things have happened. 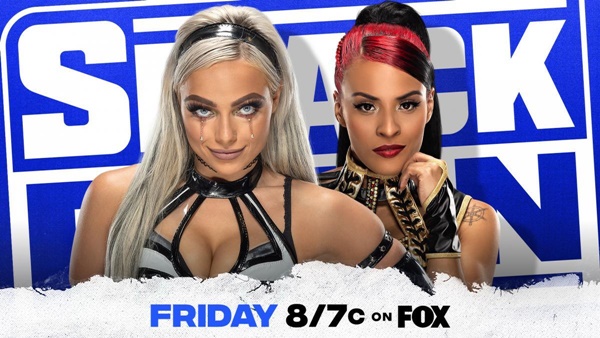 Two of the more underutilized stars on the roster come face-to-face in the form of Liv Morgan and Zelina Vega. Frankly, it is a shame at how little these two have been used. Zelina, since returning to the WWE a few months ago, has been a glorified enhancement talent – criminally left off of the 9/11 tribute show in New York, despite her father being a victim in the tragic event 20 years ago. Liv Morgan, meanwhile, struggles to get on TV most weeks. Hopefully here, they can have a good match and show the world – especially WWE management – that they have what it takes to be stars in the WWE. 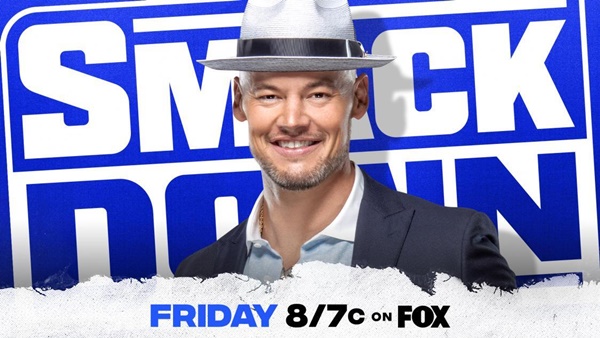 Happy Corbin – yes, that’s his name now – has a new talk show. Rejoice! “Happy Talk” comes to SmackDown this week and Corbin’s first guest is Kevin Owens, who, for some reason, is being victimized by Corbin, despite being one of the few people who gave a damn when Corbin was broke. There’s biting the hand that feeds you and then there is Happy Corbin. In all seriousness, Happy Corbin has been far from the highs of lowly, broken Baron Corbin so far and hopefully, tonight manages to further this story along to something more entertaining. It must be said, though, that Corbin has been working hard to make these gimmicks work and credit goes to him for that. Hopefully Kevin hits him with a deserved pop-up powerbomb tonight. 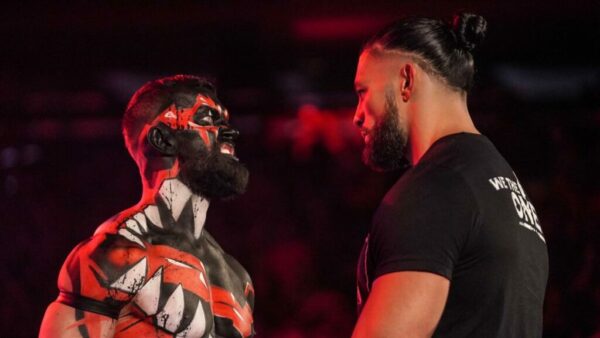 – Roman Reigns and Finn Bálor are embroiled in a hot feud over the WWE Universal Championship, which has now witnessed the return of Bálor’s demon persona, Demon Bálor. Given that they square off at this weekend’s Extreme Rules event, expect a final showdown between the two tonight.

– Becky Lynch and Bianca Belair will no doubt have one last confrontation on SmackDown ahead of their bout at Extreme Rules. “The Man” and “The EST” do not like each other and expect that to show here.