On September 22nd, SEAdLINNNG returns to Shinjuku FACE where all the titles will be on the line in some huge matchups. Here is what to expect from this upcoming event known as SEAdLINNNG Shinjuku FACE. 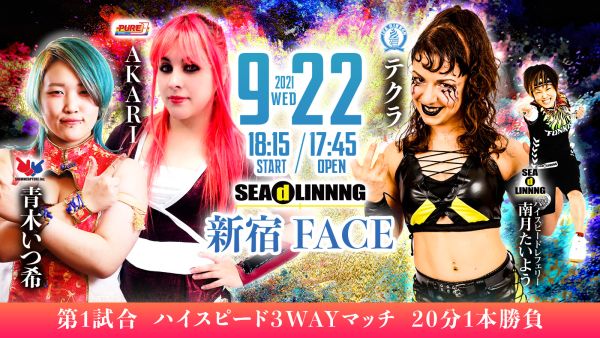 SEAdLINNNG Shinjuku FACE kicks off with the company’s signature High Speed rules match, complete with Natsuki Taiyo as referee. AKARI returns to SEAd for the first time since February, which was also the last time she was in a High Speed match alongside Thekla. Thekla has been quite an important part of Ice Ribbon so it would only add to how well Thekla has done so far into the second half of the year if she got a win during this. However, adding in Itsuki Aoki gives the match another layer of chaos and humor that makes the High Speed matches so much fun. 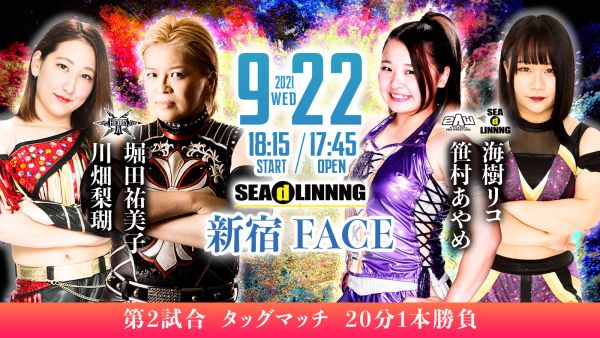 The T-Hearts representatives Riko Kawahata and Yumiko Hotta team up together against the young rookies of Las Fresa de Egoistas, Ayame Sasamura and Rico Kaiju. There’s been a side story going on in SEAdLINNNG with Kaiju and Hotta, where the young Kaiju has been showing no fear as she goes toe to toe with one of the most feared legendary joshi wrestlers in Hotta. It has made their interactions so exciting to watch so far, despite the limitations of the older Hotta and the inexperienced Kaiju. With Hotta in the match, it’s quite obvious who’s going to win. 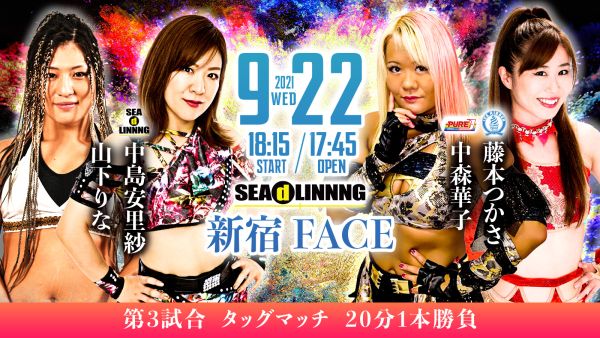 A huge tag team match is placed right in the middle of this great card. However, even with the level of talent in this, it could easily get forgotten as it’s right before the Beyond the Sea Tag Team Championship match. Rina Yamashita and Tsukasa Fujimoto currently hold singles titles in Ice Ribbon, so it’ll be interesting to see how hard these two go after each other. As for Arisa Nakajima, who is a regular of SEAd, she has been making a bid for Ryo Mizunami’s Beyond the Sea title. After losing to Mizunami in a great match, she’s been a bit directionless so hopefully, this will give her a new idea of where to go in the company. Either team could win, especially when it comes to Nakajima and Fujimoto being on opposite sides of the ring. 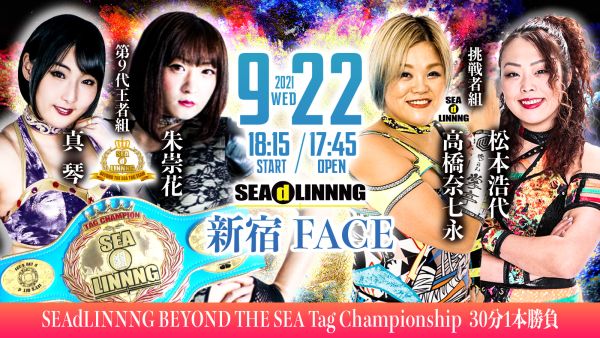 The Beyond the Sea Tag Team Champions, Makoto and ASUKA, defend their titles for the second time since winning them back in May. When they won the titles, it was against Nanae Takanashi, when she was still teaming with Arisa Nakajima. This time, Takanashi has another feared opponent in “Lady Destroyer” Hiroyo Matsumoto. Matsumoto recently held the International Ribbon tag team titles with Tsukasa Fujimoto, so she’s no stranger to high-stakes matches like this. While fans have been praising ASUKA, Makoto has been stepping up alongside them as well; this made their tag matches must-watch. If ASUKA and Makoto manage to keep their titles, Takahashi may go after SEAdLINNNG’s singles title.

Beyond the Sea Championship: Ryo Mizunami (c) vs Yuu

Ryo Mizunami has been on a roll since returning to Japan after working in All Elite Wrestling. This has been helped by winning the Beyond the Sea Championship this past July. Although it was a little complicated how Yuu ended up with a title match in the first place, she has been doing great singles work throughout the freelance scene since returning from her hiatus. Two women known for their powerful, hoss style serves as an amazing clash at SEAdLINNNG Shinjuku FACE. Even without the title on the line, this would be a must-see match. Fans can expect them to go even harder with so much at stake. After Mizunami managed to overcome Arisa Nakajima, it seems like nothing can stand in her way right now.