The latest AEW rankings have been released by the promotion as a new team has taken claim to be number one contenders for The Lucha Brothers. Here’s a look at all the changes for this week.

Despite minimal action for the competitors in the men’s rankings this past week, there has been a sizable shift. After defeating Minoru Suzuki in the main event of Dynamite last week, Jon Moxley has jumped over both Christian Cage and Jungle Boy to be No. 3 in the rankings. Jungle Boy swaps with Moxley, falling from third to fifth. 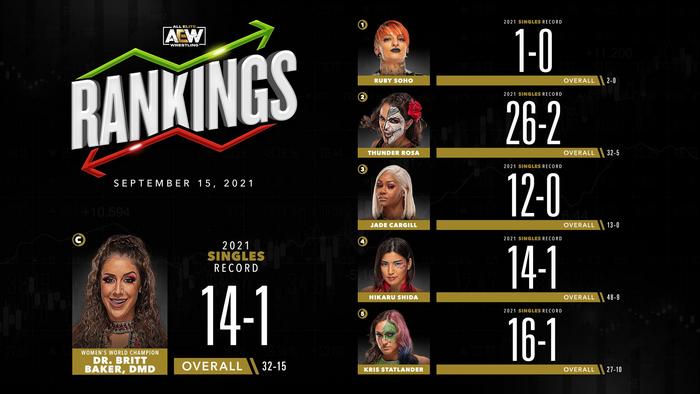 Ruby Soho added her first singles win against Jamie Hayter, but the most notable of the women’s rankings comes with the rising Jade Cargill. The undefeated Cargill has been on a path of destruction since her debut, showing the world that she is everything she says she is and more. With a 12-0 record that doesn’t appear to be getting broken anytime soon, she could be contending for the AEW Women’s World Championship sooner than anyone expected. Cargill moves to third overall while both Hikaru Shida and Kris Statlander take a step down. 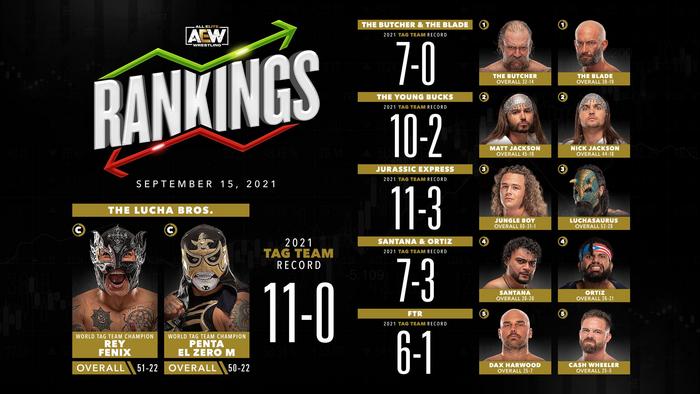 The tag team division has new number one contenders. The return of The Butcher has skyrocketed himself and The Blade from unranked to number one in a matter of two weeks. Telling, as they went 2-0 on Dark and Dark: Elevation this week to further prove that they will be the likely first defense for The Lucha Brothers soon enough. FTR also managed to take a claim in the rankings as they replace The Varisty Blondes at five.